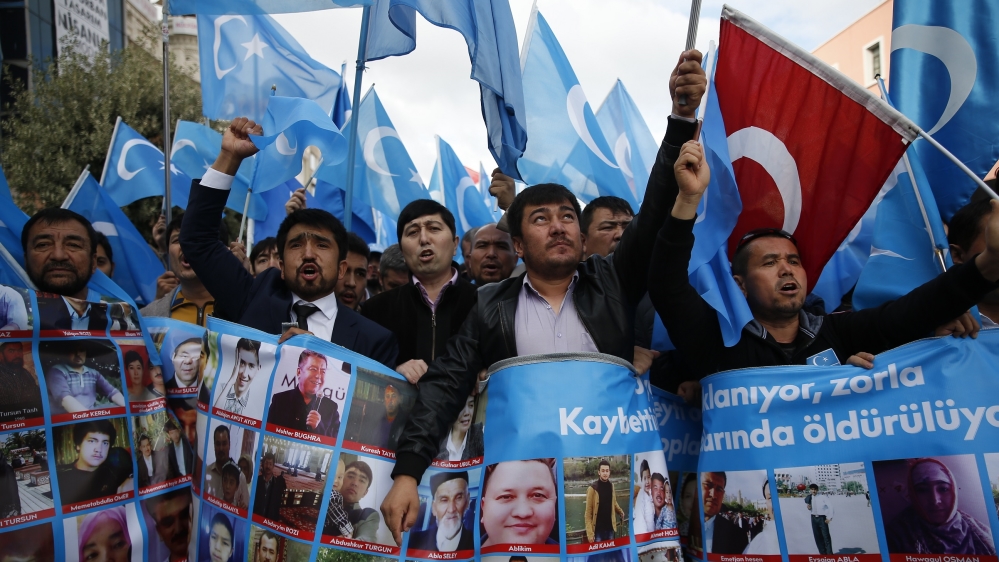 What’s Happening with the Uyghurs?

In the Xinjiang region of China, millions of Uyghur Muslims are being forced to denounce their religion and ethnic culture. This is in an attempt to force Uyghurs to assimilate to ‘Chinese’ culture and homogenize the population. Soon enough, this mass discrimination and ethnic supression of millions of Uyghurs will become an actual genocide if the Chinese government furthers this horrendous policy. The world cannot remain silent while this occurs. It is clear that when a minority in whichever country or whichever part of the world is facing injustice, those with a voice must use their strength to fight for those oppressed.

While the United States has taken actions to confront China about this egregious violation of human rights of Uyghur Muslims, it is undeniable that its action taken to date can be furthered. As of present-day, the United States has carried out a somewhat substantial amount of policy action and outspoken condemnation of China to address the ongoing crisis. According to an article from Reuters, “Pompeo in July called China’s treatment of Uighurs [Uyghurs] the ‘stain of the century,’ saying at an international conference in Washington that China was ‘home to one of the worst human rights crises of our time’”.

In addition to the government’s disapproval of China’s wrongdoings, the United States has recently passed the Uyghur Human Rights Policy Act of 2019. In this piece of legislation, sponsored by Senator Marco Rubio (R-FL) and Bob Menendez (D-NJ), lawmakers call upon the Secretary of State to invoke the Global Magnitsky Act in order to impose economic sanctions on China until it halts its abuse of this ethnic group. What this act entails is the imposition of visa restrictions or sanctions against certain individuals who have committed human rights violations in any region.

Recently, the United States Secretary of State has announced that it will be restricting the issuance of Visas to Chinese officials involved in the crisis. This undoubtedly provides a larger incentive for these government officials to release many Uyghurs that are still under oppressive camps in the Xinjiang region, as their ability to hold U.S. assets and their ability to travel to the U.S. will be severely restricted.

It is clear that the United States is taking steps towards mitigating this issue, but this is not enough. Sanctions and other preventative measures must be enacted rapidly towards Chinese officials partaking in this abuse. Although action has been taken by some individuals in the current Presidential administration, the President has not been vocal about the issue; in fact, “At a special event ahead of the General Assembly this week [September 23-27, 2019] on protecting religious freedom, President Trump, the host of the event, did not mention the Uighurs”. The continuous mention of this issue on large platforms is needed to bring justice, and the President cannot remain indifferent.

In terms of addressing the crisis more often on an international scale, the United States must become more outspoken on the issue, especially within the media. The issue at hand involves the lives of millions of innocent civilians of China, and without an international platform to inform as many people in as wide a variety of countries as possible, the Chinese government will cease to acknowledge its human rights abuses and stop its wrongdoings.The United States has passed legislation and restricted visas to Chinese officials more recently, but the fight must continue and further measures must be taken.

The US must speak openly to condemn the actions of the Chinese regime as a violation of human rights and take immediate action in the form of increasing economic pressure towards officials in China or increased diplomatic talks with Chinese officials, rather than solely focusing on trade talks. Ultimately, this crisis is unfortunately ongoing, and immediate action must be continued to be undertaken by those with power to fight for those oppressed.