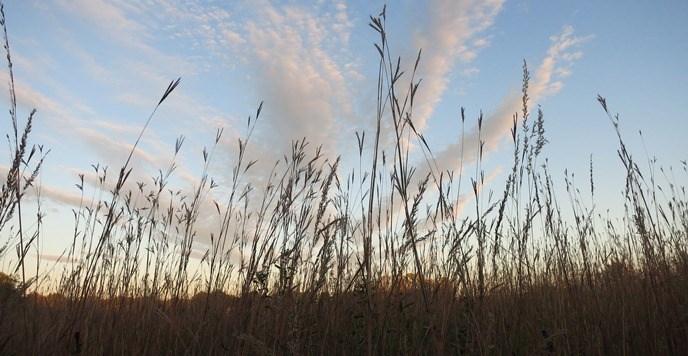 Against the Grain: What Early States Tell Us About Modern Collapse

An archaeologist stumbles home with some friends after a night at the bar celebrating a recently published study. She fumbles for her keys, but soon realizes she must have dropped them sometime after leaving the bar. She rushes from lamp-post to lamp-post, frantically searching the ground on her hands and knees. Bemused, one of her friends asks her why she’s only searching around lamp-posts, to which the archaeologist responds, “Because that’s where the light is.”

In most political science narratives, societies that were unable to leave behind lamp-posts — law codes, stone buildings, walls, monuments —  that later chroniclers could identify and interpret had their histories neglected. The further away from enlightened “civilization” societies were, the more trouble our archaeologist friend has finding her evidence.

Archaeology has recently turned its attention to cycles of rises and collapses of powerful, complex, sophisticated civilizations, sparking comparisons with today’s world in books like Collapse by Jared Diamond. After all, the same problems that fractured state power and led to dark ages — epidemic diseases, soil depletion, interstate competition, internal rebellion, environmental calamity — seem to be rearing their ugly heads again. Now, as then, climate change is expected to lead to severe crop shortages that inflame local rebellions and weaken states. Now, as then, new diseases can travel quickly throughout the globalized system and wreak havoc before societies can respond effectively. Now, as then, the waxing and waning of regional powers adds a layer of instability that can exacerbate these tensions. Now, as then, intensive extraction of calories from the land gravely threatens long-term subsistence. These problems persist because the basic model of subsistence that states rely on to feed their people — irrigated grain agriculture — has remained unchanged since the days of Babylon. None of these will single-handedly cripple modern states’ ability to retain the trust of their populations, but these ingredients brewed together might form a deadly concoction for states.

In Against the Grain, James Scott — a political scientist and anthropologist of agricultural peoples — brings a new approach to this scholarship on the rise and fall of early states. He argues that the literature on early collapses has hitherto had a strong pro-state bias because the structures they left behind were the easiest for archaeologists to see. In fact, to place states in their proper context, for thousands of years they embodied a tiny, oppressive fragment of human experience and did not at all offer better life chances to those who lived within their borders. Moreover, Scott concludes that the fragile agro-ecology of early states and highly coercive social control states exercised over their people were responsible for the turmoil, instability, and squalor of early human society. Given that the basic model of subsistence — irrigated, grain cultivation — has remained basically unchanged, Scott’s efforts to sift through the societies of the past provides a relevant framework to think about today’s challenges feeding the world’s 2 billion deeply poor.

To see why grain was so crucial to early states, Scott asks the reader to “place yourself in the sandals of an ancient tax-collection official interested, above all, in the ease and efficiency of appropriation.” Sedentary grain cultivators are much easier to tax, conscript, and order about than those who rely on “barbarian” forms of subsistence such as horticulturalists, pastoralists, or hunter-gatherers. Uniquely, grains are “visible, divisible, assessable, storable, transportable, and “rationable”” in Scott’s words. Without these qualities, the ancient taxman would have found it impossible to collect his due. Without the taxman, the state can’t exist. With most people performing the same tasks at the same time in the same place, the state acquired the mass pool of human labor it needed to build its palaces and walls and to wage war. Taxable output and a ready supply of idle laborers is a fairly unique mix that grain cultivation allowed for, which made the grand projects of state building — city walls, warfare, irrigation, and palaces — possible.

However, it’s not as though these markers of civilization made life in a settled agricultural state better than life outside the state. Scott points out that societies that pursued non-agricultural means of subsistence were taller, had healthier teeth, lived substantially longer, and had far shorter work weeks than both the settled agriculturalists and the city dwellers that farmers’ surplus supported. Grain-based diets were typically far less nutritious and rested on a precarious balance of ecology — one bad year or particularly deadly crop disease could wipe out a whole society’s only source of food — compared with the diverse diets of mobile subsistence groups. Moreover, irrigation and sedentary cultivation rapidly depleted the soil and led to salinization, both of which accumulated over years to “de”-fertilize land.  Modern states have gotten around some of these hurdles by deploying fertilizer and crop rotation, but such tools slow, rather than halt or reverse the process of soil degradation. Early states, however, had few such tools, and thus had to exert far more control over farmers to keep them in the field.

Even in the wealthiest areas, the lot of the ordinary farmer was likely worse than that of a not-state “barbarian.” For stable states like the Egyptian kingdoms, the natural wealth of the Nile floodplains produced so much surplus that a king who asserted his right to collect taxes could wield almost totalitarian control over the daily life of the population. Between meeting seasonal agricultural quotas, providing corvee, and participating in state-sponsored religious and cultural rituals, Egyptian farmers spent nearly every waking moment under the control of the state. Small wonder, Scott notes, why “barbarian” peoples everywhere — from Caesar’s Gauls to American First Peoples — resisted settlement and state control. Indeed, for the first few thousand years, Scott argues that people moved fluidly between settled agriculture and “barbarian subsistence” according to changes in the ecology — fleeing the tax collector as often as they were brought under his supervision. As a result, bronze age states rose and fell quite frequently, with centralized states only rarely overcoming the enormous environmental and social pressures of disaggregation.

Given the relative frequency of early state collapse and apparent eagerness with which farmers fled the taxman, the state was very much a rickety imposition upon an otherwise healthy, varied, and stable existence. When ecological, epidemic, or barbarian threats knocked over the unstable edifice of central states, power fractured and reverted to local elites. During these times, far fewer monuments, palaces, and tombs were built, cities rapidly lost population, and written documents became scarce, leaving archaeologists to dub these times “dark ages”. Yet evidence of dark ages imply the disappearance of a small elite at the apex of the state rather than a loss of social complexity, culture, and progress out in the countryside. “Why deplore ‘collapse’,” Scott asks, “when the situation it depicts is most often the disaggregation of a complex, fragile, and typically oppressive state into smaller, decentralized fragments?”

It’s a good question, and one we should ask about the potential threats posed to modern states by superbugs, ecological calamity, civil war, and separatism. While many modern states have mellowed from the days of Uruk and provide far more in the way of services and security to their populations, only 39% of the world’s population lives in states classified as “free” by Freedom House’s analysis. In some politically unstable areas such as the Democratic Republic of the Congo, Nigeria, Myanmar and Sudan, the choice is not between centralized states and anarchy, but between very powerful centralized predatory institutions and less powerful regional predatory institutions.

At a time when irrigated grain cultivation — which still provides more than half of the world’s caloric intake — is facing an existential threat, humanity will need to adopt alternative modes of subsistence. Irrigation still deposits salt in crop fields which accumulates and eventually makes the fields unusable while overuse rapidly depletes soil nutrients that fertilizers and crop rotation can only partially correct for. The planet loses roughly 24 billion tons of topsoil per year. Roughly ⅓ of topsoil is “acutely degraded.”

It’s impossible to know how states will respond to ecological, epidemiological, and physical threats to their stability, but by searching beyond the proverbial lamp-post, we might be able to find the keys we need to effectively adapt our social and political structures to dramatic changes in ecology and distribution of political power.