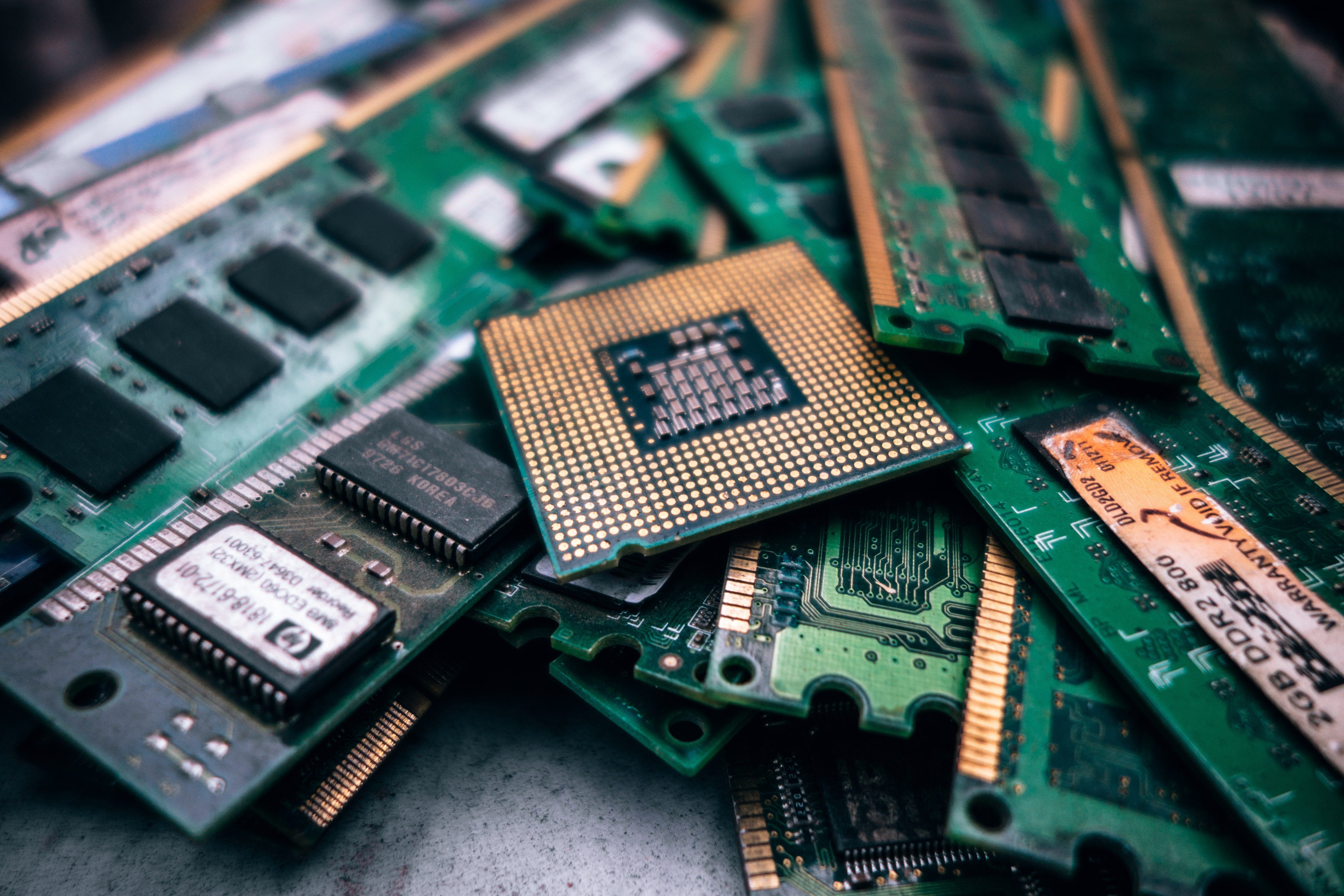 Out of Sight, Out of Mind: How the United States Discards E-Waste

It’s all about the new. Increasingly, the people of the United States want the latest technology; every time tech giants like Apple and Samsung release new devices, hundreds of thousands flock to buy them, often discarding their old devices by simply throwing them in the trash. Everyday, Americans throw out over 350,000 cell phones and 120,000 laptops, making the United States the world’s largest producer of electronic waste. While claiming to be a champion of human rights, it exports much of its e-waste to be broken down using rudimentary and unsafe methods in other countries.

The United Nations estimates that 10-40% of the US’s e-waste is exported, even though there are international laws forbidding the transnational movement of electronic wastes. The Basel Convention is an international treaty created in 1989 with the goal of stopping the movement of electronic wastes from country to country, instead encouraging every country to set up its own recycling centers. All of the 186 countries that ratified the treaty have also outlawed the import or export of electronic waste. The United States is the only nation (other than Haiti) that signed the treaty in 1990 but has yet to ratify it. The U.S. has been unable to ratify the treaty because doing so would first require the passage of federal laws making the import and export of e-waste illegal. While bills to outlaw sending waste overseas have been introduced, they have never passed through Congress.

The lack of sustainable solutions for electronic waste has become a huge problem within the country. The United States continues adding to its annual electronic waste levels — the EPA estimates that 3.14 million tons of waste was produced domestically in 2013 — without passing federal laws that would facilitate the management and safe disposal of this waste. There is a lot to deal with; China and the United States combined produced 32 percent of the world’s e-waste in 2014, and the US is the 9th highest per capita e-waste producer, after countries like Norway, Switzerland, the United Kingdom, and France. While the United States may not be the worst waste producer per capita, all the other countries listed ahead of it have ratified the Basel Convention and have federally mandated appropriate recycling facilities for electronics. So the US still has the most work to do to clean up its act.

The tons of waste that the United States produces everyday cannot be disposed of using normal methods. There are many toxic and carcinogenic chemicals — lead, mercury, cadmium, and arsenic, to name a few — in electronic devices that could leak into the soil around landfills, affecting agriculture and public health. For this reason, the United States government and companies such as Apple and Dell have started device recycling programs. Many private companies have sprung up around this idea as well. Safe recycling entails breaking down the devices into their respective, sellable parts while maintaining adequate working conditions to ensure that the workers involved aren’t harmed by the toxic chemicals released. For example, a technology recycling plant in the United States would require workers to wear protective gear at all times and have limits, established by the Occupational Health and Safety Administration (OSHA), regarding how long each worker can be exposed to the carcinogens that are released from the process.

While many e-waste recycling programs and companies do recycle safely, others export the waste to foreign countries because recycling in the United States is becoming increasingly expensive and less profitable. Technology manufacturers are using fewer precious metals in their products, so there is little incentive for recyclers to carefully dismantle these devices. What metals they can salvage often sell for very cheap in international markets, making the process of recycling more expensive than exporting the waste would be. In the countries that receive the exported waste (Ghana, Hong Kong, and Pakistan, among others), electronics are broken down often with little-to-no regard for worker safety or environmental protections.

There were no safety regulations in Guiyu, China, when it was one of the largest e-waste dumps on the planet and a clear example of how the export of the US’s e-waste negatively impacts communities across the world. Guiyu, a cluster of villages in southeast China, was once a popular destination for electronic trash. Devices that came through the area were often burned in open fires by workers with no protective gear whatsoever. However, studies done in the area showed that Guiyu has the world’s highest rate of carcinogenic toxins in its soil and that local children’s blood contained dangerously high lead levels. After these reports were released in 2015, the Chinese government cracked down on electronic repurposing operations in Guiyu and had many of them shut down. After the crackdown by Chinese authorities, Hong Kong has become an increasingly popular destination for e-waste — up to 20% of the US’s exported e-waste ends up there, specifically on the borders of the city, in the area known as the New Territories. Although both parties have ratified the Basel Convention, illegal importation of electronic trash into the region continues.

This example and others around the world are at odds with the United States’ view of itself that it projects to the world. The government (if not necessarily this administration) has always championed itself as a defender of human rights and the environment: Theodore Roosevelt created the National Park System, Richard Nixon inaugurated the first Earth Day, and Barack Obama fully supported the 2016 Paris Climate Accords. The United States is even more willing to espouse itself as a defender of human rights — throughout the centuries, it has attacked or sanctioned many other nations for (supposed) human rights abuses. So while the specific policy changes per administration, there remains the general idea that the United States is a force for good in the world. The United States uses its image of itself as a champion of human rights, environmental protections, and global health to defend its political interests.

But actions speak louder than words. By exporting its electronic waste with no real regard for where it goes, the United States shows that it does not actually care what happens to the people who are not its own citizens nor is it concerned with the degradation of the environment outside of its own boundaries. Exporting the problem does not solve it. While it may be cheaper for the government and private companies to send electronic wastes overseas, this “out of sight, out of mind” policy is harmful for both the United States and other countries, environmentally and politically. The US’s policy of dumping its refuse in other countries is disrespectful and may lead to strained political relationships with those states. The sheer volume of waste leaving the United States for other countries has a definite impact on international relations. Up to 43 shipping containers full of e-waste could be leaving the United States each day; Hong Kong, since 2013, has already sent 21 cargo ships back to the US — 21 ships of electronic waste that the United States was perfectly willing to dump in Hong Kong. Additionally, the pollution caused by the disposal methods used in the countries the waste is exported to exacerbate the environmental and health problems that the US spends millions annually trying to solve. For example, the United Nations and United States have repeatedly voiced their support and provided financial aid to the cause of improving maternal health around the world. But the lack of regulation of the disposal of dangerous chemicals in electronics has tangible negative impacts on maternal and natal health. Guiyu, an e-waste dumping ground for years, has one of the highest rates of miscarriage in the world. By inadvertently contributing to the problems it’s trying to solve, the United States is digging itself into a deeper and deeper spending hole and shows that it’s more committed to its image of itself as a great philanthropic solver of problems than actually solving those problems.

There have been pushes for policy to ban the transnational movement of the United States’ waste. The most hope for a law banning the export of electronic waste was during the Obama administration; as a senator, Obama co-authored a bill on outlawing the export of mercury which later became federal law in 2008. In 2011, another exciting opportunity presented itself with the Responsible Electronic Recycling Act, HR 2284. The bipartisan bill was sponsored by a democratic representative from Texas and cosponsored by 23 other representatives. Unfortunately, this bill died in committee. Since then, there have been no concrete legislative efforts to ban the export of e-waste. 25 states and the District of Columbia have passed laws to mitigate e-waste, but only federal legislation can ban imports.

Device makers, on the other side of the equation, can improve the situation by making longer lasting, more sustainable devices. Using less toxic chemical ingredients will help when the products are inevitably broken down and recycled for parts. Having fewer people buying fewer gadgets will also help — this can be done by making devices easier to repair and improving their battery life. The most important thing device makers can do, though, is make their devices easier to recycle. For example, Apple has invented a 29-armed robot (named Liam!) that can dismantle an iPhone in 11 seconds, meaning Liam can do, without any harm to itself, work that people in other countries risk their life doing. The recyclable materials are easily extracted from the device and can repurposed within the United States. Consumers can do their part by buying fewer electronic devices, bringing their e-waste to either the company that sold it (if it offers recycling) or to a facility certified to recycle it (click here to find a facility), and lobbying the federal government to ratify the Basel Convention.

Under the United States’ current system for dealing with its electronic waste, countries with little political or economic clout or resources to safely process the toxins that come with recycling electronics are often left to deal with the consequences. These toxins, in turn, undermine global public health initiatives that the United States financially supports. The hypocrisy is clear: the US wants to protect its image of itself as a great environmental and humanitarian supporter but is unwilling to make the changes that would actually make it one. The United States must deliver on its promises and ban the transnational movement of electronic wastes.

Published in Environment and United States