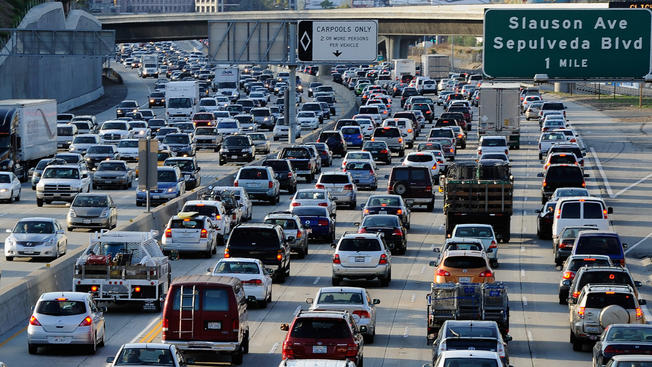 The Trump administration is certainly no stranger to environmental policy rollbacks, but the recent September 19th decision to revoke California’s auto emissions regulation waiver amounts to a politically-hypocritical decision. This environmentally-regressive decree arrives as the most recent executive decision in a line of drastically altering or outright cancelling countless Obama and Clinton-era regulations, from policies regarding coal-powered plant pollution to water quality standards. The administration’s official stance on this decision was predicated upon President Trump’s reasoning that revoking the waiver would make cars less expensive, safer and more environmentally friendly. This sentiment was echoed by Environmental Protection Agency Administrator Andrew Wheeler, who claimed that the move was for the sake of energy efficiency.

Previously, the 1970 Clean Air Act established federal air pollution standards; however, the Golden State was ahead of the legislative game. Three years prior, the state created the California Air Resource Board (CARB) to monitor air pollution levels as a result of poor air quality in the greater Los Angeles metropolitan area. As a compromise, California was granted a waiver permitting state enforcement of emissions to remain stricter than federal standards. This policy has been something of a watershed moment in California legislative history, the first of its kind in the union and the catalyst for a domino effect of similar environmental standards in several other states. Other states are able to obtain this waiver only because there was a prior precedent.

These trend-setting regulations became par for the course in California. One of the most recent notable examples occurred under the tenure of former Governor Jerry Brown, when he established a non-binding climate change pact with China shortly after the United States withdrew from the Paris Climate Accords. Brown criticized the reactionary nature of the Trump administration’s departure from the agreement, stating that the United States “can’t afford dropouts in the tremendous human challenge to make the transition to a sustainable future.”

Since taking office, Trump has relaxed the Obama administration’s federal fuel economy standards through an ongoing campaign to cut a variety of regulations deemed harmful to private sector success. From 2000 to 2017, transportation was the leading source of carbon dioxide emissions in California, totaling 174 million metric tons. Obama’s fuel economy standards set a lofty goal of 54.5 miles/gallon by 2025, but the current administration has reduced the standards to 37 miles/gallon with a deadline of 2020.

The tenant of federalism, whereby both the federal and regional governments co-operate, is a cornerstone of American conservative ideology. It also allows for greater independence from the reach of the federal government, thus giving states a powerful tool in their legislative arsenals. States are able to draft and enact laws that occasionally run in opposition to Washington’s deliberations. In tandem with the philosophy of “states’ rights”, it’s a political antidote to what many small-government advocates deem as overreach by bureaucrats who are entirely unfamiliar with the regions they are set to regulate. This outrage is curiously absent from the California-Trump debacle, especially from a crowd that traditionally prides itself on decentralizing government.

A prevailing argument advocating for the dismissal of the waiver regards the concerns of a “bifurcated” regulatory system, as the conservative National Review stated. Supporters of eliminating the waiver state that it complicates matters for automobile manufacturers as they attempt to design and create new vehicles for market sale, as they are now held accountable for meeting both statewide and federal standards. EPA Administrator Wheeler himself stated: “We embrace federalism and the role of the states, but federalism does not mean that one state can dictate standards for the nation.”

Initially, this concern raises an important question: will auto manufacturers have to design, build and sell two separate sets of the same model of car? This worry is ultimately unfounded. Governor Gavin Newsom and various state regulators had previously negotiated a decision between the largest automakers in the US – Ford, Volkswagen, BMW, and Honda – to abide by rules “that are slightly less restrictive than the Obama standards and that can apply to vehicles sold nationwide.” Additionally, the automakers themselves stated that they would only have to work in the realm of a single national fleet rather than this hypothetical “bifurcated” system. Fuel economy standards were agreed to reach 51 mpg by 2026, rather than the 54.5 mpg goal of the 2025 Obama standard. This highlights the fragile, but important, nature of fostering public-private partnerships in the face of pressing environmental matters.

Automakers themselves have had tense relations with both the Newsom and Trump administrations, particularly in the wake of these landmark federal environmental policy guttings. General Motors, Fiat Chrysler and Ford (one of the key parties involved in the California emissions negotiation) initially lobbied President Trump to reduce Obama emission standards but have gradually changed their course. The administration’s plan to reduce tailpipe emissions was met with a 17-company letter addressed to President Trump seeking a “middle ground” on fuel economy standards. A separate letter addressed to Governor Newsom and sent the same day expressed how the companies themselves don’t wish to see two separate systems of regulation.

California’s storied contemporary history of combatting the administration receives a new chapter with this waiver decision. The state’s Attorney General Xavier Becerra is set to sue the administration, bringing the state’s lawsuit count against the Trump administration to a crisp 60 since the President took office in January 2017. The lawsuit is being joined by legal action from cities like Los Angeles, New York and the District of Columbia, alongside 21 additional states.

Previous environmental litigation brought by Attorney General Becerra includes forcing the EPA to reverse its suspensions of safeguards for agricultural workers and challenging the agency on its delayed enforcement of energy standards for various appliances and the delay in resource extraction companies (such as oil, gas, and coal) paying royalties to the state. Becerra has also grown adept at forming coalitions with other state legal officers; in respective groups of 15 and 16 other states, California has brought suits regarding both heavy-duty truck diesel engine emission standards and the shift in federal fuel economy standards. Becerra has also requested public records of agency ethics while the EPA was under the direction of  Administrator Scott Pruitt, stating that Pruitt’s tenure as Oklahoma Attorney General undermined the regulatory duties he came to be responsible for. The EPA has yet to respond.

Federalism remains a dynamic system of agenda-setting in the American legislative process. States are often termed “laboratories of democracy,” because their own laws can be tested on a smaller scale before being adopted by other states or retrofitted as federal policy. President Trump’s personal anger at the California-automaker coalition sparked him to take action via stripping the state of the auto waiver and spurred him “to press forward with a policy that would punish California.” Blatant political ploys like this seriously corrode states’ abilities to curate custom-fit policies and only undermine future initiatives of lawmaking creativity and innovation.