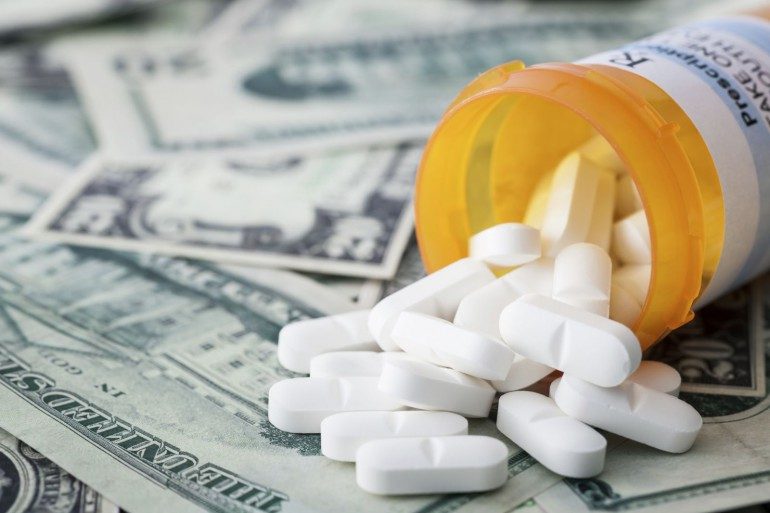 James Fahy once said, “Nothing unites people like a common enemy.” In that case, perhaps we do owe drug manufactures a thanks, if only for making high drug prices so deeply unpopular that Nancy Pelosi, Donald Trump and 77 percent of the US can all agree that prescriptions are too expensive.

Pelosi recently introduced a bill, H.R. 3, to attempt to push down drug prices.  If it passes, H.R. 3 will ameliorate at least some of the suffering caused by unreasonably high drug prices.  Pelosi’s proposal offers patchwork solutions to pieces of the U.S.’s drug price problem, but given Donald Trump’s precarious position and seeming willingness to challenge his own party on drug prices, now is not the time for half-measures.  At a minimum, Pelosi needs to stake out a stronger negotiating position by giving her proposal a broader scope.

High drug prices are a uniquely American issue.  Most other governments, including those of Canada and EU countries, negotiate lower drug prices. However, U.S. manufacturers set high list prices, while middlemen (prescription benefit managers) negotiate discounts or rebates with the manufactures.  Since there isn’t a law requiring manufacturers to disclose their initial prices, they often don’t. Individual customers with high deductibles or no insurance have to pay the high initial price. Furthermore, political institutions support the middleman. Federal law prohibits government officials from negotiating price directly, even for Medicare purchases. The government must instead outsource its purchasing to prescription benefit managers, the same people who negotiate for insurance companies to obtain reduced prices. Mark Merritt, president of an association which represents drug benefit managers, argues that negotiations protect customers who would otherwise be “at the mercy of drug manufacturers’ pricing strategies.” However, their intentions might be a little more insidious. The middlemen negotiators receive rebate payments from the very companies with whom they allegedly impartially negotiate. [X]

Under the current US system, companies can raise prices without limit: Martin Shkreli legally raised lifesaving pill prices from $13.50 to $750 overnight. Shkreli’s move made headlines, but he is not alone:  in the first six months of 2019, more than 3,400 drug companies increased their list prices. In 1923, insulin’s inventors sold their patent for $1 to ensure access for everyone.  Now, a bottle of insulin that costs $30 in Canada costs $300 in the US. Rationing insulin to save money kills people.

If Pelosi can leverage Donald Trump’s outrage at drug prices and manage to pass the bill, H.R. 3 would mitigate some of the most outrageous price gouging, but her bill suffers from attempts to appease McConnell and needs a broader scope.

First, her bill would empower the Human and Health Services (HHS) Secretary to negotiate directly with pharmaceutical companies to lower prices on 250 drugs that cost Medicare the most money and do not have competition.  Pelosi refers to non-competition in the drug market as when a drug “does not have two or more generic, biosimilar, or interchangeable biologics on the market.”  The negotiated price would be available for everyone, including private insurers, and companies could only raise prices to keep pace with inflation.  According to Gerard F. Anderson, Ph.D. professor at Johns Hopkins University, allowing negotiation “will be more effective in lowering drug prices for everyone.”  He found that one of the only groups the government can currently negotiate lower prices for — veterans
— pay 30-40 percent less for drugs than other Medicare recipients.

Second, the HHS Secretary could agree to pay no more than 120 percent of the average price or international index price of Australia, Canada, France, German, Japan, and the UK.  This standard means that while people in the United States could continue paying more for drugs than any other country, the difference would not be as egregious.  For example, insulin costs about $30 per dose in Canada, while it costs $300 in the US — or 1000 percent as much as it does in Canada. If the price dropped to 120 percent of Canada’s price, it would only cost $36.

Third, drug manufacturers who refuse to negotiate would be penalized 65 percent of their previous year’s profits for that drug.  If they break the terms after negotiations conclude, they will be fined a civil monetary penalty equal to 10 times the difference between the agreed price and the charged price.  Drug companies which have raised their prices more than inflation since 2016 would be required to lower their prices to the 2016 price again. If they do not, they will be required to pay the cost of the price hike in a rebate to the treasury.  The penalty money and the money saved through lower medication expenditure in Medicare will be reinvested in research or improvements to Medicare. This reinvestment could help cap the out-of-pocket costs for Medicare recipients so patients have to pay less for all medical care, not just prescriptions.

Parts of Pelosi’s proposal are particularly promising – for example, the reinvestment of money saved ameliorates concerns about less money spent on research and development of new drugs, especially since one-third of all money spent on research is already federally-funded and most of pharmaceuticals’ profits actually go to advertising or marketing.  Permitting direct government negotiation moves the U.S. system closer to other countries’ standards. Canada, for example, has a long-standing Patented Medicine Prices Review Board and much lower prices than the U.S.  Neither practice has resulted in medicine shortages — in fact, Americans have begun relying on Canada’s supply of insulin.

However, H.R. 3 is unnecessarily timid in three aspects: first, negotiating should be an imperative rather than an optional power for the HHS Secretary; second, the cap of 250 drugs serves no purpose other than to arbitrarily limit efficacy; third, the two-competitor requirement is not sufficient to drive down drug prices.

Pelosi’s proposal only allows HHS to negotiate prices for 250 drugs, based entirely on their cost to Medicare.  This limit is a major improvement from her first draft, which only allowed negotiations for 25 drugs, but the same criticism applies: why handcuff HHS’s ability to negotiate as many drugs as possible?  Pelosi’s team explained that HHS would need sufficient time and resources for each drug, so limiting the total scope was important.  It’s true that HHS could not reasonably expect to negotiate prices on thousands of drugs in a short time frame. However, the limited resources will naturally cap the amount of drugs HHS can negotiate.  If that number ends up higher than 250, so much the better for citizens’ health and the government’s wallet. Another proposal — the Prescription Drug Price Relief Act from Rep. Ro Khanna and Sen. Bernie Sanders — had no such cap on the number of negotiable drugs.

Any drug with at least two generic competitors will not be eligible for price negotiation because the FDA found that at least two generic competitors usually reduce the price of drugs by 50 percent. Insulin has more than two generic competitors, and its price nearly doubled from 2012 to 2016. Twenty-six-year-old Alec Smith-Holt died only a month after he lost his healthcare coverage because he couldn’t afford insulin.  Diabetics have to pay about $360 per month on average for insulin in the US.  In Italy, the cost is $19.  Now, insulin made headlines to such an extent that Pelosi specifically made an exception in her bill so that HHS could negotiate the price of insulin.  However, the lesson remains: two generic competitors don’t always drive down price — at least, not enough to keep people from dying.  Since there’s no way to anticipate every drug like insulin that will maintain high prices despite multiple producers, Pelosi should expand the scope of her bill to include any critical medication with exorbitantly high prices in the US compared to other countries.

These changes to the bill would be a bold political move, and many Republican congressmen oppose any price negotiation at all.  Of Nancy Pelosi’s proposal, Senate Majority Leader Mitch McConnell said “socialist price controls will do a lot of left-wing damage to the healthcare system.  And of course we’re not going to be calling up a bill like that.”  McConnell’s potential refusal to call up Pelosi’s bill in the Senate at all is the biggest obstacle Pelosi’s bill faces to becoming law, and Pelosi may have limited her bill’s power with McConnell’s opposition in mind.  However, McConnell can’t be won over by Pelosi’s mild concessions, and so her limitations only serve to make her bill weaker, not more likely to pass. If Pelosi wants to make McConnell fold, she needs to create pressure within McConnell’s own party.  Peter Wench, a Democratic house member on the Energy and Commerce Committee (the first committee that will review Pelosi’s bill), said “you’ve got the makings of a Trump-Pelosi alliance here on drug pricing, and that would be a powerful combination.”

Representative Peter Wench is right – Trump’s fixation on drug prices completely alters the conversation. Pelosi’s bill has a difficult road ahead, but Republicans who oppose Pelosi’s H.R. 3 are in a precarious position too – their own party’s unpredictable leader is gearing up to throw them overboard if they don’t fulfill his campaign promise of lower drug prices before the 2020 election.  Trump has, on various occasions, accused the pharmaceutical industry of “getting away with murder,” “incredible abuse,” and “dishonest double-dealing.” In July 2019, Trump announced he was working on an executive order that would base the Medicare price on prices from 12+ other countries.  For once, his America-first myopic mentality has genuinely aligned him with a cause Democrats are eager to champion.  However, an executive order from Trump regarding drug prices would likely not have any force of law and would instead just serve to direct the Department of Health and Human Services to take action.  His potential pilot program would only affect a few less-prominent drugs and wouldn’t help people with private insurance.

Trump’s agenda and convictions fluctuate wildly from day to day, but he has been consistently angry about drug prices, and executive action won’t be enough: he needs Congress, and, in a clever move, Pelosi catered to his America-first vision with her clause basing prices for the US on prices for other countries.  Her play worked: even as congressional members from his own party began to balk, Trump enthusiastically tweeted “it’s great to see Speaker Pelosi’s bill today.  Let’s get it done in a bipartisan way!”

Trump, unlike McConnell, likes the idea of setting prices even lower than Pelosi suggested: he wanted an order ensuring the United States paid the lowest price internationally, not slightly more than average.  A bolder proposal would hardly alienate Trump, and Trump, not Pelosi, is in a position to strongarm McConnell, because for better or worse (and it’s usually worse) Republican congressmen need Trump.  They need his support in 2020 and they need his help to turn their legislation into law.  Pelosi has a chance to put pressure on the cracks between Trump and the rest of the Republican Party, hopefully in just the right way as to save American’s lives with reasonable drug prices.

So, Pelosi: stake out a strong position, include as many drugs as possible, incorporate all possible concerns and threats to American health, safety, and interests.  It’ll be difficult, yes, but basing politics on the path of least resistance accomplishes nothing. You’ve chosen a difficult issue that absolutely deserves attention, so make things difficult for the Republicans who want to halt your bill. Insist that if they want to block your bill, that they must publicly fight their own president’s agenda and admit that they refuse to stand up to pharmaceuticals in order to save lives. Improving and passing your bill will save lives, so don’t accept anything less.