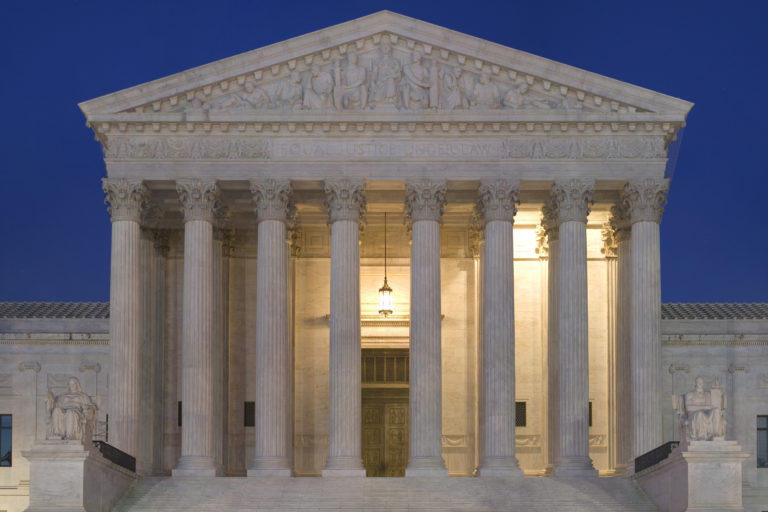 Racism is alive and well in America. But on February 20th of this year, a piece of that insidious system was dealt a stinging blow. On that day, the United States Supreme Court ruled in Timbs v. Indiana that the Eighth Amendment’s protection against excessive fines applied to the states. The Court told states and police departments across the country that they could no longer fine or take possession of a citizen’s property at a grossly disproportionate rate.

Tyson Timbs, the black man at the heart of this case, struggled with drug addiction. In an attempt to fund his addiction, he sold four grams of heroin, about enough to fill two small baggies. The buyers were undercover police officers. Upon arrest, a judge fined him $1,203, and prosecutors took possession of his $42,000 Land Rover. The state justified the seizure by stating that the car was used to commit the crime, i.e. the car was used to transport the drugs. This practice is known as civil asset forfeiture, where the state seizes private property in connection to a crime.

But in her decision, the venerable Associate Justice Ruth Bader Ginsburg not only found that civil asset forfeiture is a form of a fine as defined under the Eighth Amendment, but that, in this case, the seizure of Timbs’ Land Rover was grossly disproportionate to the crime, and thus unconstitutional.

While her opinion did not ban states from fining or seizing a person’s property entirely, it did set a national standard against imposing exorbitant fines. While many states have their own constitutional protections against excessive fines, those provisions are rarely interpreted in a way that would limit the state’s power to lay heavy fines against individuals. Justice Ginsburg’s opinion is a clear signal to state authorities that the practice of seizing individuals’ property at an excessive rate with impunity will no longer be tolerated.

Since the early 2000s, state law enforcement agencies began to heavily rely on revenues from civil asset forfeiture to finance their departments. According to The New York Times, in 2018 alone, state police departments and district attorneys raked in over $400 million through forfeitures related to criminal conviction. In cities like Ferguson, Missouri and Philadelphia, forfeiture proceeds accounted for 20 percent of police and prosecutor budgets in 2014. To repossess their property, the burden rests on individuals to prove that it was not used to facilitate the execution of a crime. Even under this new ruling, the state may still take people’s property if it was deemed to be in connection with a crime.

Scott Bullock, President and general counsel for the Institute of Justice (IJ), a law enforcement watchdog, claims that “increasingly, our justice system has come to rely on fines, fees and forfeitures to fund law enforcement agencies.” Furthermore, the IJ found that in 43 states, police and prosecutors can keep anywhere from half to all of the proceeds they take in from civil forfeiture.

The idea that police and prosecutors can arbitrarily fine and seize private property at exorbitant rates diminishes liberty and the rule of law in our nation. Another point of concern with this practice is that law enforcement agencies have been able to create treasuries independent from their public budgets. This means that there is almost no avenue for the public or elected officials to keep police departments accountable or oversee their budgets because a substantial portion is accrued through seizing private property. Police departments have no incentive to be transparent with these parts of their budgets, meaning that no one will be able to examine the use of those funds.

Moreover, if police cannot be effectively held accountable, then abuse and corruption will run rampant, and it has. Between 2012 and 2015, millions of dollars obtained by police across the nation through asset forfeiture was expended on “toys, cars, luxury travels, [etc.],” according to the IJ. Essentially, police, sanctioned by prosecutors and judges who authorize the fines and forfeitures, are taking cash, cars, and homes from citizens, essentially using those assets to finance debauchery and abuse. The rule of law in this country is a myth if the people are being exploited by the officials charged with protecting them.

The abuse is more invidious when considering historical and racial realities. Since the nation’s founding, and escalating throughout the Reconstruction Era following the Civil War, fines and asset forfeitures were a way for states to “subjugate newly freed slaves and maintain the pre-war racial hierarchy.” In her groundbreaking book, The New Jim Crow: Mass Incarceration in the Age of Colorblindness, Michelle Alexander argues that while slavery might be dead in name, the government continues to institutionally oppress African Americans. While Alexander’s book is heavily focused on incarceration, the use of excessive fines is another pernicious way that the criminal justice system destroys the wealth of the black community.
For example, Brandy Cooke was a waitress in South Carolina who dropped her friend off at a bar one night. Police and Drug Enforcement Agency officials overran the parking lot. It turned out her friend was wanted in a drug ring case, but Cooke, who was not involved in the crime, had $4,670 seized. That money was found in her car at the time of the parking lot raid. That cash was not in the car because it was connected to drug trafficking; Cooke did not have a checking account, so she kept cash from her job in her vehicle.

There are countless other stories like this across the United States. Not only was the money not connected to the crime, but the police took over $4,000 from a waitress. Relative to the rest of her paycheck, that is a massive chunk of her livelihood now in possession of law enforcement for a crime she did not commit. Clearly excessive, this kind of forfeiture is common, despite constitutional protections against them.

In the same vein, there have been reports of police seizing homes and property in predominantly black neighborhoods for crimes taking place on a person’s property, even if that person was unaware that the crime took place. No state, not even California, is immune from this type of behavior by law enforcement. In a case study by the American Civil Liberties Union, it was found that counties in the state with higher per capita seizure rates have an annual household income below the state median. More striking is the fact that most of the capital from forfeitures fund police departments in communities that are majority people of color.

Institutional racism is the allocation of resources to favor one racial group over another, which makes state law enforcement authorities some of its most vigilant agents. Even in the most progressive parts of the country, police are still reinforcing a system of oppression through asset forfeiture that limits the ability of black folks to rise up the socioeconomic ladder.

While Timbs v. Indiana does not completely outlaw excessive fines in the form of asset forfeiture, the Supreme Court is now signaling to the judicial authorities that this kind of disproportionate seizure of wealth will not be tolerated. It is now on us, the citizens of the country, to challenge this abuse when it rears its head. And although dismantling centuries of cumulative racism is a grand enterprise, this new Supreme Court protection is a step in the right direction.