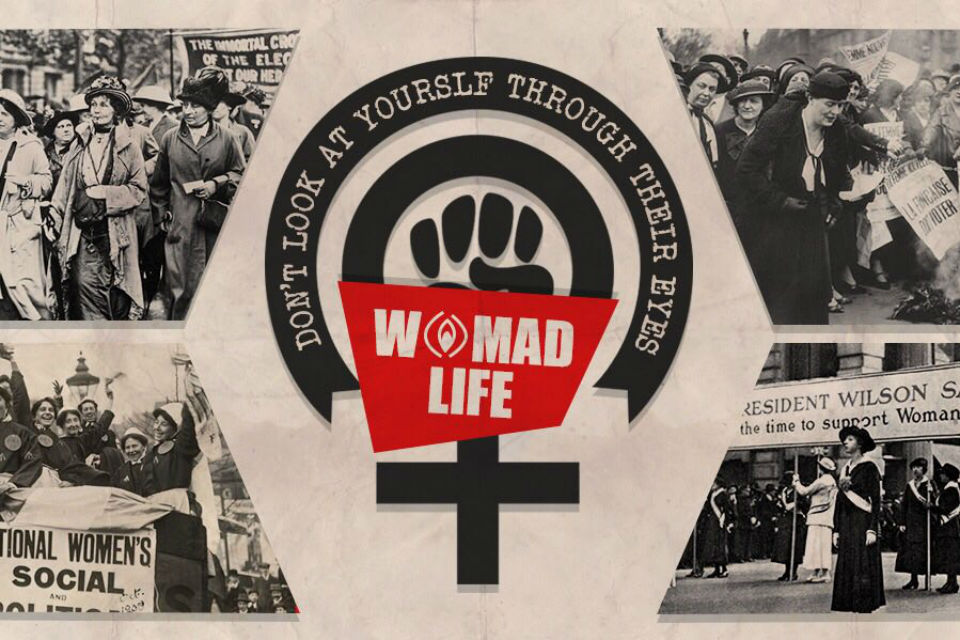 Womad: The New Face of Feminism in Korea?

On May 1, 2018, a South Korean female nude model at an art class in Hongik University uploaded numerous photographs showing a fellow male model posing nude onto a website called Womad. Its users reacted enthusiastically to the post, mocking the male model’s features and applauding the “bravery” of the female model’s action. Overnight, the pictures went viral, and the public outcry quickly led to an investigation by the local police. To this day, Womad prides itself on this incident as one of its greatest achievements. Shockingly, this ruthless online community is one of the leading voices in South Korean feminism.

The Origins of Womad

The term “Womad” is a portmanteau of “woman” and “nomad.” The website formed on January 22, 2016, after splitting away from a different online feminist community called Megalia. The reason for the split was Megalia’s ban on homophobic and transphobic slurs, which prompted some members to leave in search of a space to speak freely without having to account for LGBT rights. However, this is not to say that Megalia promotes equality; it too endorses hateful speech as a tactic to leverage women over men. This set up the stage for Womad to become somewhat more of a female-centric group than a feminist one based on equality. In fact, degrading comments against men and sexual minorities dominate the conversations on Womad. Its extreme female patriotism and misandry gained further notoriety after it mobilized on salient issues such as the use of spy cams in public spaces.

The War on Hidden Cameras

Hidden camera pornography is a serious issue in South Korea. Between 2012 and 2017, over 16,000 people were arrested for illegal recording; 98 percent were men. The filming happens in public spaces such as restrooms, restaurants, and escalators. The perpetrator often positions the camera below the victim and distributes the video through websites and online chat groups. Additionally, the public frequently criticizes the police force’s refusal to take the issue seriously, reporting long response times and dismissive attitudes towards the victims who come forward.

Many attribute this neglect to the fact that the victims are primarily female. This frustration only deepened after the the female art student at Hongik University was arrested swiftly after two days. Womad points to this as evidence for the underlying misogyny in the justice system and further invites its members, presumably female, to commit the same acts of sexist unfairness to men. Among Womad’s members, this vengeful strategy is commonly known as “mirroring.”

“Mirroring” as a Strategy

“Mirroring” refers to the replication of misogynistic rhetoric and actions against men as a way to reveal the hatred against women. Its members openly boast about their experiences with mirroring, including threats of physical violence and murder against men. Such claims marked Womad as a dangerous group among the South Korean police force, and some investigations reveal that few of the members actually went through with the crime. This made Womad’s appearance on the front page of South Korean news frequent.

Aside from harm done to the victims, mirroring produces detrimental outcomes for the conversations around gender equality in South Korea as a whole. Womad’s approach to gender relations results in a world in which everyone is treated unfairly, when we should strive to treat everyone fairly. Furthermore, its antagonistic speech only pronounces the difference between the sexes, which is the basis on which discrimination takes place; the root cause of sexist beliefs is a perceived fundamental difference between men and women. Such essentialist conversations only hinder progress and distract us from seeing the true goal of collective politics: coming together based on the intersection of various identities and acknowledging diversity as a strength, not an obstacle.

As Womad embraces controversy, the broader discussion about women’s rights still struggles to find a place in South Korea. Celebrities and popular media avoid discussing gender relations as such talk will tag one as extremist and anti-men. Additionally, South Korea suffers from one of the worst wage gaps among the developed countries. Furthermore, many females express concern over the culture obsessed with extremely high standards of beauty which often produces serious outcomes for their careers and job opportunities.

There is no doubt that South Korea has serious problems of inequality. In a society where talk of gender relations is frowned upon, change will be slow, if it happens at all. This calls for a new generation of leaders willing to change the perception of feminism itself and undo the harm done by radical websites such as Womad. When the mere mentioning of the word “feminism” will tag one as anti-men, it is easy for people to stay silent on the issue. However, real progress starts with letting those who want to speak speak and listening to their ideas carefully. Then, one by one, more people will start to feel safe to contribute to the growing conversation. Initiating real change is difficult, but sustained efforts by a few will guide the many into the right direction.

When I read the posts on Womad, the utter absence of logic in the discussions baffles me. Its chat room mainly consists of attacks against men and the LGBT community, which the members justify with previous discrimination against women. This not only obscures the true objective of feminism, but it also drives away people who would have otherwise rallied around a cause for equality. Even worse, such hostile rhetoric seeps into the mainstream society, and change increasingly appears far out of reach.

As a South Korean woman myself, I too identify with many of the grievances that Womad expresses. However, Womad’s vision of a better world consists of the very thing that South Korean women seek freedom from: the fear of judgment, violence, and rejection based on one’s gender identity. Womad users’ tactics are inspired by the hate around them, which just serves to reproduce the problem they sought out to solve.

Womad’s resentful outlook demonstrates a clear lesson about feminism which Audre Lorde calls, “The master’s tool will never dismantle the master’s house.” That is, feminists cannot use established strategies of categorization and exclusion to fight a repressive structure. This strategy might bring about temporary victory, but it only happens through beating the oppressor at the oppressor’s own game. In the end, activism based on division reiterates and justifies the status quo. This eternal sameness will never yield to a more equitable world. Rather, feminists need to adopt a different plan which gathers groups that previously never imagined to work together. Such an unprecedented level of cooperation is a challenge, but it is the mission at the heart of the feminist agenda: disrupt the pattern of norms in which one group weakens the another.