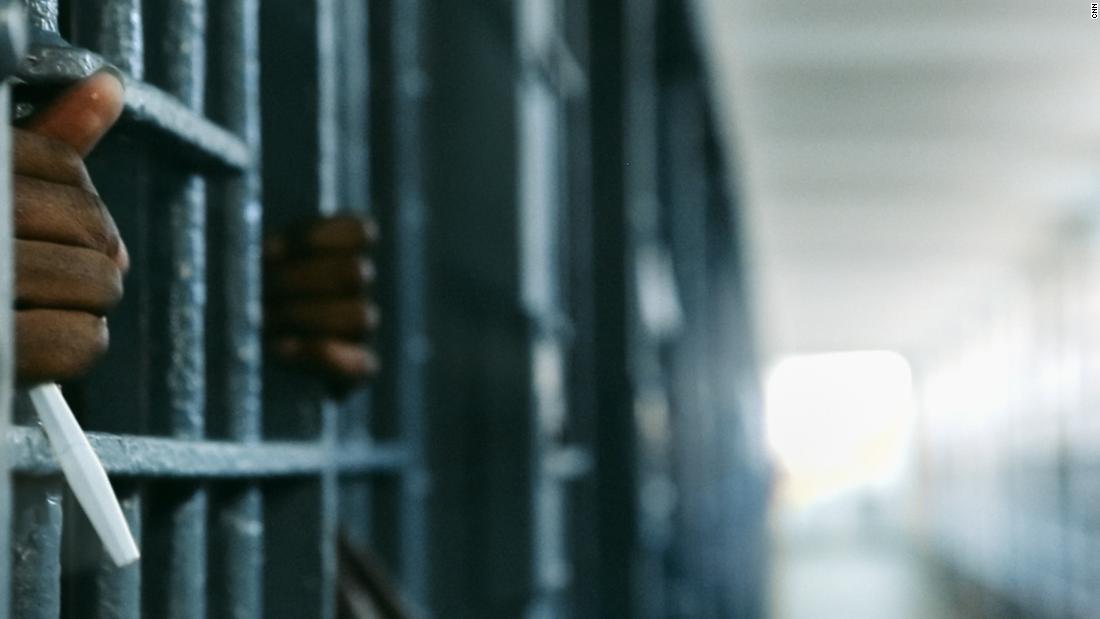 Prisoners shiver in the dark. They are wearing short-sleeves— not enough to cover their bare skin from the bite of two-degree freezing temperatures. They have endured without water, food, heat, electricity or sanitation for over a week. In desperation, they bang on the windows of their cells, hoping someone, anyone, hears them. Finally, they are heard. Protesters gather outside. This prison is not in Russia, Yemen or Venezuela— locations of some of the worst human rights violations in the world. This prison is in Brooklyn, New York, in the United States of America.

While the worst of these conditions in the Brooklyn Metropolitan Detention Center (MDC) was temporary, caused by a series of electrical failures and infrastructural breakdowns in January, the horrid conditions are the tip of a colossal iceberg. Our dysfunctional criminal justice system funnels racial minorities into prisons, where they are tortured with inhumane conditions that have only grown more appalling over the last few decades.

To develop a more personalized understanding of the carceral panopticon, I spoke with LeiTasika Faumuina, a student at UC Berkeley studying Sociology. Her husband is currently serving 47 years to life at the Corcoran State Prison near Fresno, CA. Recalling her husband’s sentencing process, “We got majorly railroaded,” said Ms. Faumuina. He was arrested in 2013, then charged with three counts of robbery and burglary. “He did not do what they said he did,’” she argues.  Faumuina’s husband sat in county jail for one and a half years before even getting a trial. During this time, Faumuina was eight months pregnant with their daughter. Faumuina’s husband would not get to hug or even touch their daughter until she turned two years old. He already had a “strike,” and because the robbery he was charged with was a violent offense, Faumuina’s husband was indicted by a grand jury. This was not a jury of his peers — all were white, except for a black woman whose son was a police officer. Witness statements did not match up. But the prosecution was adamant. Faumuina’s husband was offered a plea deal of 28 years. This was too much time to sacrifice, so they chose to fight their case. They lost.

The prison staff’s treatment of Faumuina’s husband and his fellow inmates is horrifying. Recently, he got influenza and was ignored by prison staff for a week. He had a fever of 104 degrees. Finally, he had to be hospitalized because his condition reached a life-threatening state.  Not only did Faumuina not hear from her husband for the duration of his illness, she was also not even notified of her husband’s hospitalization. “They’re hella smart in there,” said Faumuina, referring to the ways in which correctional officers (COs) know how to walk the line of what is legal and abuse inmates without liability. A common practice in the prison is that COs make prisoners strip down for a arbitrary cavity searches and then stand for hours in a room where other inmates and COs can see them. It is an exercise of state power to humiliate, degrade, and dehumanize. The threat of solitary confinement is hung over inmates’ heads at all times. Punishment is collective. “It’s the type of environment where people really don’t care about you,” said Faumuina.

Under the Cover of Law

According to the United Nations Convention against Torture and Other Cruel Inhuman or Degrading Treatment or Punishment (CAT), torture is defined as “any act by which severe pain or suffering, whether physical or mental, is intentionally inflicted on a person.” According to CAT, acts of torture are committed by public officials acting under the cover of law.

Unfortunately, the US State Department’s official analysis of CAT, formed under President Ronald Reagan’s administration, is limited. This analysis signals an elusive “common understanding” wherein torture is “an extreme practice which is universally condemned.” This analysis claims that rough treatment as a result of police brutality, for example, “while deplorable, does not amount to ‘torture.’” Was the breaking of Freddie Gray’s spinal cord not torture? I believe that the State Department’s analysis is self-serving in nature and allows the government to skirt the line of what constitutes “torture” in its treatment of minorities, who are most often the victims of police brutality and incarceration.

However, even if one were to accept this narrow conception of torture, the CAT also prohibits “acts of cruel, inhuman, or degrading treatment or punishments which do not amount to acts of torture.” Thus, what occurred at the Brooklyn MDC— freezing cells, prohibiting phone calls and contact with loved ones, no electricity, and pepper spraying of inmates or solitary confinement when they protested— was an irrefutable violation of the CAT.  Disturbingly, what occurred at the MDC was not a one-time infrastructural failure; for years it has been the subject of numerous complaints regarding prisoner mistreatment: poor conditions, failure to meet inmates basic human needs, sexual assault, and abuse.

Minorities disproportionately account for the prison population, and sentencing laws are structured to target those most oppressed— people of color and those of lower socioeconomic status, for instance. Undoubtedly, this is largely a result of excessive mandatory sentencing for low-level drug offenses, a remnant of President Reagan’s “war on drugs” initiative in the 1970s. According to the non-profit, non-partisan Prison Policy Institute, 36% of those incarcerated in federal prisons in 2018 were incarcerated for drug offenses. Nonviolent drug convictions are a “defining characteristic” of the federal prison system, with immigration and weapons offenses following as the most common convictions.

It is an ugly truth that minorities will occupy underfunded, overcrowded, poorly run prisons. In the case of the Brooklyn MDC, warnings had been issued about overcrowding as early as August. Overcrowding, as was the case in Brooklyn, can often be the result of federal budget cuts, and is just one of many systemic problems. According to a report from the Vera Institute, dehumanizing conditions abound state and federal prisons. This includes a lack of basic necessities and sanitation, lack of access to proper medical care and solitary confinement practices. Furthermore, trans* and non-binary prisoners face a unique type of harassment and assault when they’re forced into spaces that enforce the oppressive gender binary. Dehumanization should not be justified by notions of criminality. Violent felony offenders deserve humane conditions equal to non-violent offenders.

By not fixing the horrific conditions in our prisons, the US government is endorsing them and getting away with it. How? One reason lies in the fact that there is a stigma associated with the incarcerated; even after release, prisoners are dehumanized, treated less than others, and discriminated against. They find it close to impossible to rent an apartment, find a job, access public benefits, serve on juries or vote. Another reason lies in economics: it has been more profitable for state and federal governments to allow poor prison conditions to continue.  The reality of how oversight occurs for prisons is such that ultimately, no one is held accountable. Complaints may be filed with the Bureau Of Prison’s Office of Internal Affairs or with the Department of Justice Office of Inspector General. An investigation can then be conducted. However, wardens “are given wide leeway in handling accusations of misconduct in their facilities.” Thus, misconduct in the prison system is routinely covered up or ignored.

In response to these injustices, activists and community leaders have long been working towards better alternatives. There is a growing wave on the left advocating for a complete reexamination of the criminal justice system, including abolishing prisons. The abolitionist movement recognizes a fundamental problem with the notion of retributive justice that our current justice system is based upon: it dehumanizes the incarcerated and lacks positive outcomes. Incarceration does not lead to crime prevention or deterrence and is not effective in terms of recidivism (75% of released prisoners are arrested again with five years). Prominent abolitionist and living Civil Rights legend Angela Davis argues that prisons by nature are meant to mask social problems rather than solve them.

Recently, there have been bipartisan efforts to reform, rather than overhaul, the criminal justice system. The First Step Act, which was passed in December, was the result of Democrats and Republicans working to address mass incarceration. For instance, Van Jones, co-founder of #cut50, an initiative to reduce the prison population, called Republican Governor Phil Bryant of Mississippi “our secret weapon” in convincing Donald Trump to support the bill. The First Step Act will lower mandatory minimum sentences for a number of drug-related crimes, allow judges to circumvent federal mandatory minimum sentences for non-violent offenders, expand rehabilitative opportunities for federal prisoners, and ban specific inhumane correctional practices, such as the shackling of pregnant women.

While there are ongoing efforts to address the inhumane conditions of US prisons, more needs to be done, especially by government officials. Furthermore, this must be addressed intersectionally, with an understanding that the criminal justice system has long been, and continues to be, plagued by racist and discriminatory practices. The conditions that people of color endure while incarcerated are inhumane, forms of state-sanctioned torture— occurring with our tacit approval.