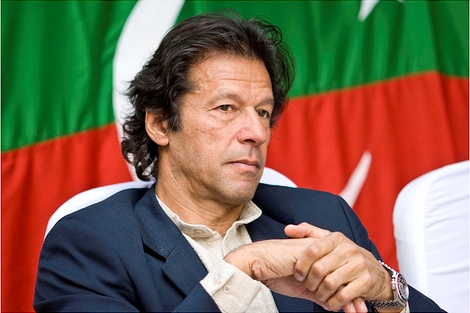 Imran Khan is a cricket-star-turned-politician who used a mixture of religious zeal and anti-corruption anger to catapult himself from the cricket ground to the office of the Prime Minister in August 2018. He ran a bruising campaign that damaged his relationships with other political parties in Pakistan. However, upon deeper reflection, there were forces other than partisan politics at play in the recent election that served to elect Khan’s party, the PTI. The religious right and the military heavy-handedly influenced the election. In the case of the latter, the strong involvement has further legitimized concerns that Pakistan is not truly a democracy and instead is a military state in disguise. Khan’s rise to power is a result of the people he and his party have aligned with meaning that Pakistan may have just elected a puppet government.

Since its beginning in the late 90s, the PTI has always employed strong religious rhetoric; however, the party increased its religious zeal in the past election to win the support of the country’s religious right. In Pakistan, there is a law that allows for the judicial execution of anyone convicted of blasphemy against Islam. This law is a notarized method of suppressing religious minorities as it allows for lethal legal methods of silencing them. Blasphemy has been used as a powerful political tool in the past as it has inspired a lot of political friction in Pakistan, even to the extent of mob killings. In the most recent election, Khan and the PTI used this law to defame their political opponents who have been seen as blasphemy reformists. In 2011, the reformist governor of Punjab, Salmaan Taseer was assassinated by his own bodyguard, Mumtaz Qadri, over Taseer’s opposition to blasphemy charges. In 2016, Qadri was hanged by the ruling party, the PML-N, for murder. Yet, Khan and his party have been able to earn political mileage out of the hanging of Qadri and have converted him to a martyr for the cause of protecting Islam in Pakistan. Khan’s officials on the campaign trail often asked voters if they were going to vote for the “party who executed him” as a way to discredit PML-N. Furthermore, Khan actively sought support from religious authorities, particularly in Punjab, to aid his election bid (Arab News). Imran Khan’s strong support for blasphemy laws has firmly aligned him with the nation’s religious right and excluded religious minorities from the party’s electorate.

Khan’s religious rhetoric is not limited to domestic policies and has serious implications for the geopolitics of the region. The PTI’s first major political win came in 2013 when it won control of Khyber Pakhtunkhwa, a northern province that borders Afghanistan and is of political importance because of its proximity to the Taliban. From this position, Khan was able to broadcast his religious message that the Taliban is fighting a “justified” holy war. His message was heard worldwide because his comments came as a response to the attempted assassination of Malala Yousafzai in 2012.

Unashamed support of the Taliban may seem like an immediate disqualification for any political candidate, but in Pakistan, it aligns a candidate with the omnipotent military. The military, a key player in the fight to control the Taliban, has had almost unilateral control of foreign policy in Pakistan since partition and supports the Taliban. In the past, the military has provided direct aid and intelligence to the jihadists because it wants to use the Taliban as a proxy to control Afghanistan. The military fears that outside powers like India would be able to manipulate the fragility in Afghanistan against Pakistan’s interests if the Taliban disappeared. By publicly supporting the Taliban, Khan and the PTI earned the support of the military giving the party powerful backers in the election.

The military support was more than just an endorsement and has been seen by many as the main reason for Khan’s recent election win. In the election, Khan’s main opponent was the incumbent, Nawaz Sharif, of the PML-N. However, just weeks before the elections, Sharif was arrested on corruption charges in a move orchestrated by the powerful military. This conviction undercut Sharif’s campaign and paved the way for an easier election for Khan. As Christine Fair from Foreign Affairs claims, “the army was hell-bent upon securing Khan’s victory.” The military’s involvement in the election solidifies the perception of its role in Khan’s victory.  The conviction was a tactic used to secure the election of a PM who is politically in debt to the military. The lead up to the election shredded any illusion of the PTI’s independence from the military.

In his election, Imran Khan aligned himself with very powerful people and it ultimately worked to elect him. However, he sacrificed any form of independence in doing so. Throughout his campaign, he took stances that will not allow him to work with other political parties and have made him a political pariah. Therefore, he has banked his entire term in power on his ability to work with the religious right and the military. The combination of support from the two groups is integral to Khan because, “military leaders have used Islam to gain legitimacy for their rule and as tools of state policy, strengthening the role of religious parties in politics and society.” Since the military and religious leaders have an established alliance, if either of those partnerships are to fall through for the PTI, Khan and the PTI could find themselves with limited options in an unfriendly political environment. Maybe Khan will be able to move himself to a more centrist platform that better meets the interests of the people. But until he is able to find a way out of the pocket of his political backers, Imran Khan’s term will either end prematurely like every other PM term in the history of Pakistan, or he will just be a talking piece for the religious right and the Pakistani military.