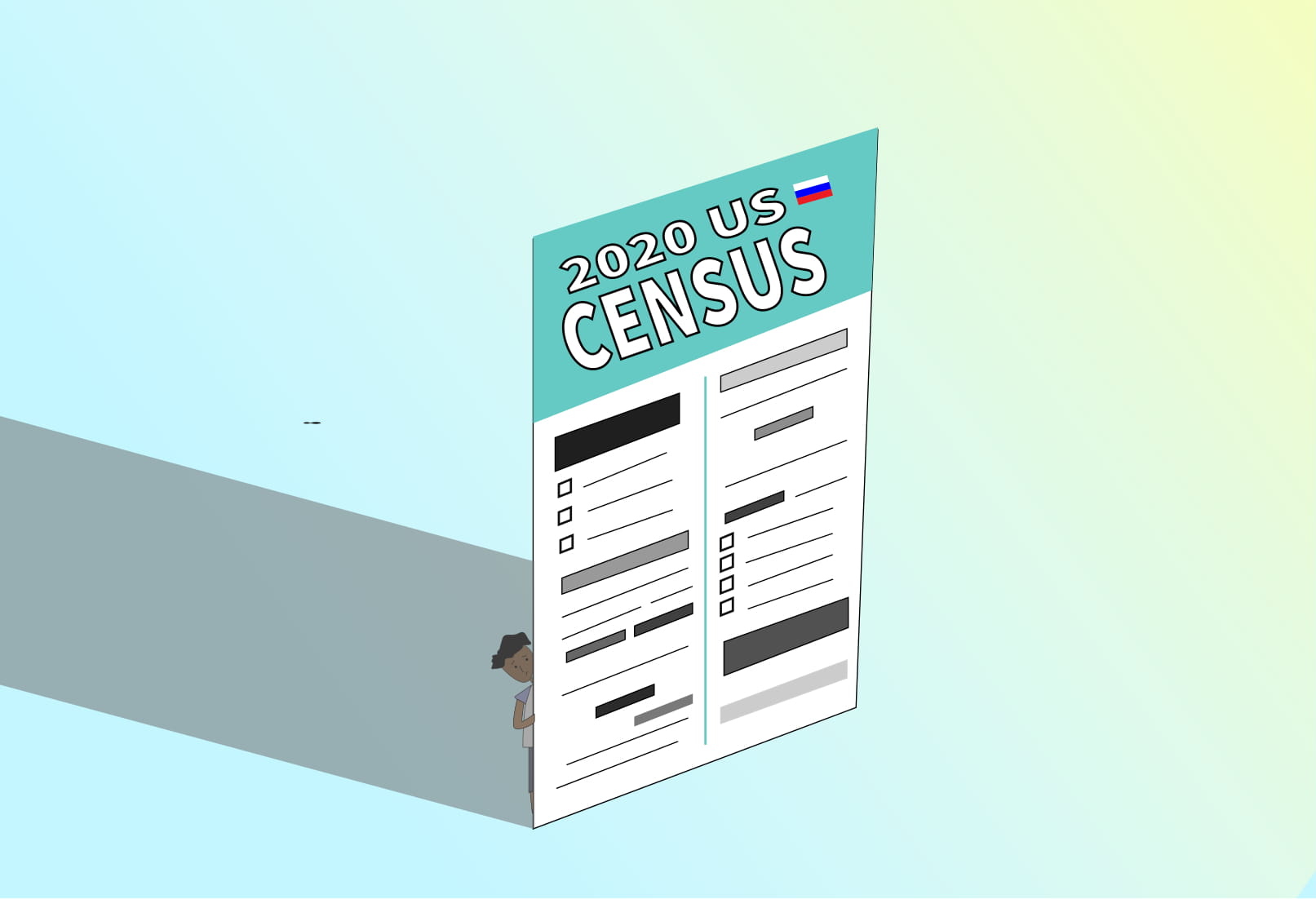 Did you know that the 2010 United States census missed upwards of 400,000 Latino children? Doing so rendered them effectively invisible in the eyes of the government. As a result, 400,000 children were denied much-needed school and community funds. This census occurs each decade in an attempt to precisely apportion congressional districts and distribute federal money to areas in need. Since 1790, the Census Bureau has conducted this survey in an attempt to reach and document every individual in the US, and asks various questions about property, age, and (notably) race.

This deeply personal and vital affair is meant to serve as a mediator for a country where historic wealth and education levels fluctuate acutely along racial lines. The data it collects allows the government to distribute over $675 billion in federal funds each year to communities in need. Although ethnic diversity has increased consistently over the past centuries, the census still struggles with its approach to race. The US census exists, supposedly, as an untouchable pillar of American democracy. However, populations that would benefit most from the funds the census has to offer tend to be those it documents with least success, a difficulty that is augmented by the longevity of the effects of each census.

As the 2020 census approaches, brewing international and internal forces threaten its validity. Russian hacking in the 2016 election revealed gaping holes in the security of American voting software, and the 2020 census is slated to be the first conducted online. The psyche of the American people proved easily influenced, as Russian social media campaigns altered the vote. Concurrently, the Trump administration’s frequent anti-immigrant and racist rhetoric spreads newfound fear that disincentivizes undocumented immigrants and people of color from completing the census. These international and national affairs are converging at the census, making it an impossible production.

In terms of the production of the census itself, the Bureau has done little to assure residents––citizens and undocumented residents alike––that their private information is properly protected by the government. The census is a treasure-trove of information for foreign hackers, as demographic information they would obtain can help with micro-targeting on social media, a ploy that was used heavily in 2016. Microtargeting is a cousin of the algorithms used to cater user-specific ads that individuals see based on their browsing history. This same information was used in the 2016 election to help pit the two sides of the polarized American political climate further against each other.

Malevolent external governments certainly have a vested interest in influencing this great distributor of American power, but the President only recently admitted to the reality of Russian meddling and still contends it did not influence the results of the election. With this in mind, it looks unlikely his administration will respond to this looming threat. People with close ties to Russian intelligence, such as Victor Menin, have corroborated the narrative of institutionalized Russian hacking of US websites and smear campaigns of Hillary Clinton and the democratic party as an emotional response to the release of documents called the Panama Papers, which revealed the scope of Putin’s personal wealth. Putin’s individual power is largely a result of continuous efforts by his government to maintain his image and oppose his foes on a personal level rather than a national one. No matter how warm Trump may be towards Putin, America will be a fundamental Russian foe for the foreseeable future.

Simultaneously, historic undercounting of minorities, a tragedy that will only be exacerbated by the current political climate, repeatedly misrepresents the portion of the country that hurts most when invisible to the government. Natalie Gross, a reporter for the Military Times says the previously mentioned 400,000 uncounted Latino infants and toddlers may have been missed because they live in historically difficult to count areas due to population density, but also that families in “largely immigrant [communities] were afraid the counters were working with U.S. Immigration and Customs Enforcement.” Gross’ article quotes Arturo Vargas, Executive Director of the National Association of Latino Elected and Appointed Officials, where he says “The persistent undercount of the nation’s second largest population group is a civil rights issue.” The violation of the civil rights of such a large group in the U.S. exposes how fundamentally undemocratic the census is when it does not work properly. In doing so it also illuminates how necessary the mechanism of the census is for our country; the government needs to know who people are and where they live so it can help them.

While replacing the census with a different mechanism would be a task more herculean than the already impossible production of conducting a reasonably accurate census in this day and age, the U.S. census is now fundamentally undemocratic. Failure to report demographics proportionally leads to incorrect drawing of congressional districts, which leads to misrepresentation of the population. Such misrepresentation, classically, is to the disadvantage of minorities. Disadvantaging anyone in the U.S., let alone historically impacted groups such as African Americans who have experienced historical housing and wage discrimination before and after the civil rights era, is undemocratic to the definition. Furthermore, when the government fails to respond to external threats to a bastion of American democracy run by a multi-billion dollar Bureau, it becomes complicit in the decline of that apparatus. And when a fundamental apparatus has been corrupted and cannot simply be replaced, the people, at the very least, should not be made to continue under the facade that it is representing any sort of truth.

Nationally, Trump administration rhetoric has set a negative tone for the census. For example, the GOP’s attempt to punish “sanctuary cities” directly represents anti-undocumented legislation supported by the current administration. Many undocumented people live in uncertainty regarding whether or not they should report themselves on the census. If they do, they may fear greater ICE presence, or worse, in their area. If they do not, the census misrepresents the demographics of their area and they are, by extension, less supported by the local and federal governments, and perhaps their voting district will be drawn erroneously. Such a mistake, purposeful or not, can unfairly split minorities into different voting districts, which renders candidates they favor even more unlikely to be elected.

The greater tragedy of a lack of vigilance by the government against such hacking is a further deterioration in the faith of Americans in the democracy and security of their country. Even in a global world, interconnectedness is not meant to infringe on the insular safety of the home country—these external attacks on the American individual within the safety of their own home have baneful, moldering effects. The United States reigns as an international hegemon of both hard and soft power, but these small, persistent infiltrations chip away at that throne.

Accurate or inaccurate, the 2020 census will offer only a limited glimpse of the demography of the country. The census is meant to capture data in order to set the course for the following decade, but it does so with the inexorable side effect of prolonging the tense political feeling of 2020 for an entire decade. Vast amounts of public policy and funding distribution will be based on the hugely imperfect data gathered by the 2020 census. Until 2030, the political feeling of the now will be felt throughout the U.S. in echoes for the following decade, particularly in communities where the census less successfully tracked demographics.

Every individual should view the census as a failure because it will continue to overlook marginalized groups, predominantly people of color, for whom proper representation has always been an evasive hope. In the current polarized political climate, political divides mirror racial divides: the current Republican administration has shown they will only champion the needy on one side of the political spectrum. This strange, sad political moment that exacerbates the otherness so many American groups have felt historically in the face of their whiter, wealthier counterparts will be prolonged by the census.

At times when those of differing socioeconomic status or ethnicity are at odds with each other in the US, the census has the ability to redistribute and mediate conflict so as to restore order. Without it, power struggles between the polarized right and left along with parallel conflicts between whites and peoples of color continue unchecked regardless of the truths that demographics can reveal. The efficacy of what is essentially the national roll call has been lost by a lack of dedication to the national security of the country and the equal rights of minorities. The census is heady with tangible power, but it should not be revered any longer when it hampers genuine democracy in favor of insidious racist leanings.