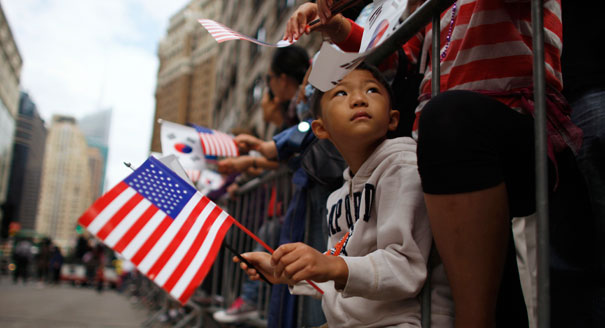 You Ruined my Dream Journal

With the recent abolition of DACA, many undocumented students are struggling to renew their DACA before the deadline. The imminent doom of deportation already looms over their heads but ICE has taken action and is now “visiting” schools to actively seek out suspects to take into custody. This course of action is not new to their organization, but the newly birthed enthusiasm with which it is implemented makes for a different wave of terror within minority communities. To date, ICE has arrested more than 150 people (undocumented or not) in a Northern California immigration sweep. Because of this, people from all over have banned together to create a free-flowing information network, warning each other of ICE appearances via social media. The melting ICE glaciers have led to a flow of opinions.

While many of us know of Trump’s attitude toward illegal immigration and his opinion toward the country of Mexico, contrary to Obama’s image of a pro-immigration Democrat that advocated for all, Obama actually deported a massive amount of immigrants. By the end of his presidency, he oversaw more than 3 million deportations. Obama insisted that Congress tied his hands by blocking his proposals and that he could not reduce the number of people being deported unilaterally.

Which is why it is all the more shocking to see that the Trump administration’s ICE deportations have risen from Obama’s in the last year. Deportation officers are taking Trump’s call for an immigration crackdown to heart, even without the funding increase that the president has sought from Congress for hiring more ICE agents. Former Homeland Security Secretary John Kelly scrapped the previous administration’s instructions to limit deportations to public safety threats, convicted criminals, and recent border crossers, effectively making anyone in the country illegally vulnerable. Trump’s mission marginalizes the Latinx community, and in doing so, throws away years of built up tolerance towards communities of color within the United States. It was like rolling the dice and landing on a “Go Back 2 Steps” panel but instead of two steps, it was two decades. This has a ripple effect, and other countries use America as an example for their own policies. The consequences of this lead to further polarization between the Republican and Democratic Party, and thus between white people and communities of color.

Nationally, over 400 people are arrested by ICE every day, tearing apart families with little due process and creating devastating circumstances, including fear that the family member being deported will face human rights violations and possibly even death. Students especially live in fear of being torn apart from their loved ones on top of working toward an education to hopefully create a better future for themselves and their families. During the last school year, ICE arrested many Latinx parents and tore them away from their children at bus stops and parent drop-off areas. The children are left to deal with the trauma of separation from their loved ones on top of piling schoolwork and providing for their families (if they are of age). Urging residents to “prepare, not panic” and pushing people to know their rights, Schaaf directed them to a legal services agency geared toward Latinx immigrants. Her decision to do so made national headlines, as people were divided on her decision. While some applauded her in her swift choice of action, many also criticized her for her blatant bias against the current administration.

Orange County, in particular, has rejected California’s sanctuary state status, challenging Senate Bill 54, which in many cases prohibits state and local police agencies from notifying federal officials when immigrants in their custody who may be subject to deportation are about to be released. However, by rejecting sanctuary state status, Orange County exposes itself as a conservative minority in a vastly blue state. Orange is opposite on the color wheel from blue, after all.

My own boss pulled me aside one day after work and told me if I ever needed a place to hide when ICE comes to UC Berkeley, she would be more than willing to protect my friends and me from the injustice at the hands of law enforcement. This reality set in once I realized how directly I could be affected, even at a landmark liberal college such as UC Berkeley. The safety for my loved ones around me dissipated into thin air once the new presidential administration canceled DACA, and social media exploded with vehement, but ultimately futile, protests. However, the presence of ICE on my campus did not bother me as much as my Hispanic friends. This had to do with the yellow of my skin and almond-shaped eyes.

ICE’s strategy of arresting illegal immigrants crosses the line toward racial profiling, targeting the Hispanic and Latinx community and glossing over other minorities in lieu of them. “ICE is arresting and detaining people without immigration court orders, dressed as civilians and using unidentified vehicles,” said Maria Alejandra Hernandez, of the Movement of Immigrant Leaders in Pennsylvania. Hernandez noted that ICE agents have in recent weeks waged an indiscriminate campaign across the Harrisburg region, hunting down undocumented immigrants and at times apprehending “anyone that appears to be undocumented.” “Our families in the Harrisburg area have been targeted just on the fact that if they look Hispanic, they must be undocumented,” Hernandez said. This type of law enforcement leads to polarization between various migrant communities and further erosion of tolerance in the U.S.

While the stereotype is that most illegal immigrants stem from Mexico, 1 in 7 Asian immigrants is undocumented. There are about 416,000 Asians without legal status in California. Yet in part because illegal immigration has been cast largely as a Latinx issue, Asians tend to be overlooked in the national discourse. The stereotype of Asians as the “model minority” obscures the fact that many are vulnerable to deportation, even when coupled with hard work and honest labor. Textbooks and degrees can’t block ICE cubes.

There is a certain degree of shame still attached towards political openness regarding legal status within the Asian community. “Losing face” and “bringing dishonor” to the family are still ingrained within many Asian family mindsets. The shame that permeates undocumented Asian American Pacific Islanders’ (AAPI) silence is further enforced by fears of deportation and separation from one’s family. The racial profiling and the degree to which ICE takes its hardline position harm communities and cause fear from U.S. residents rather than protecting their safety, which was the whole point of the organization’s formation. They have strayed so far from their original goal, it’s as if a college freshman was writing her article on the presidency and by the end of it, wrote about ICE in California. Encouragement of such strategies illustrate the Trump administration’s disconnect with the real challenges facing the U.S. Instead of working to meet these growing challenges, the administration is choosing to add to them by pursuing an agenda guided by anti-immigrant ideologues — not by community priorities, public safety data, or research.

By virtue of unprecedented political turnaround, the focus on deportation of illegal immigrants has never been such a centralized platform of political candidates. While there should be enforcement of those who do not abide by the law, the grueling process of obtaining U.S. citizenship could be improved and more efficient. The focus should not be on detaining more illegal immigrants but reforming the citizenship system itself and our own attitudes toward “aliens.”