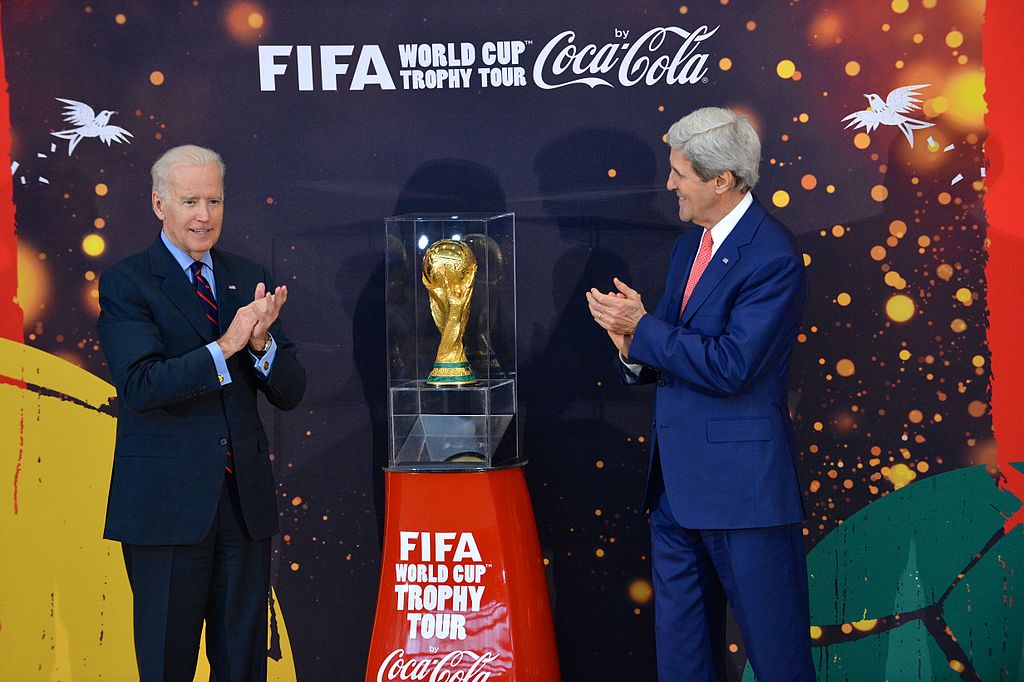 The Political Side of Fútbol

The FIFA World Cup is the most watched event in the world, and this summer, it will be played in Russia. There are 32 teams competing for the title, with powerhouses such as Germany, France, Brazil, and Spain considered to be the favorites to win it all. Unfortunately, the United States will not be represented in this summer’s tournament and will have to wait until 2022 to get another chance at competing on the world’s biggest stage in Qatar. Questions remain on who will be the host for the 2026 world cup, and this could have major political and economic implications. As of right now, the two finalists to host the tournament are Morocco and a joint bid involving the United States, Canada, and Mexico (with the U.S. hosting the vast majority of the matches). Surprisingly, reports indicate that Morocco is currently the front-runner to win the 2026 bid, since they appear to have more support amongst nations worldwide.

The voting process for 2026 is significantly different from the past. For the first time ever, the 2026 bid will allow an executive member of each country to submit a vote for their host choice. To reduce the chance of corruption, FIFA has also placed a new rule in which every country’s vote is to be made public, increasing transparency amongst nations. The voting will take place on June 13 in Moscow, just one day before the opening game of this year’s World Cup. It seems inevitable that Morocco will be the host of the 2026 World Cup, with Africa, much of South America, and much of Asia announcing that they will vote for them. But perhaps most surprising is France: they too have announced that they will be submitting a vote for Morocco, according to the French Football Federation. Historically, France has been one of the United States’ closest allies, prompting one to question as to why they have expressed support for Morocco instead. This revelation has been brought to President Trump’s attention, as he just recently tweeted, “It would be a shame if countries that we always support were to lobby against the U.S. bid. Why should we be supporting these countries when they don’t support us?” Let’s attempt to break down why exactly countries might be turning against the United States.

Americans tend to have favorable opinions of their country. However, when we step outside of the United States, this opinion holds little consistency. According to writer Dr. Gideon Polya, the United States has invaded 70 different countries since 1776. Not to mention that the United States has been largely responsible for destabilizing the Middle East and parts of Latin America, stealing Mexican Land, and killing millions of civilians worldwide. Inevitably, countries who have been victims of American military intervention and imperialism do not generally like the United States. More recently, the election of Donald Trump has dramatically contributed to the further decline in the United States’ favorability worldwide. In fact, a Pew poll of 37 countries from Europe, Asia, Africa, and the Americas found that only a median of 22% of people within those nations trust Donald Trump will make the appropriate decision in matters related to international affairs. By contrast, a median of 64% of people in these nations trusted that Obama would do the right thing when he was in office. Furthermore, the poll demonstrates the decline in general favorability from Obama’s years to Trump’s, which went from 64% to 49%. One high-ranking FIFA official stated, “Trump has opened the door for Morocco”.  Simply put, countries around the world do not like the United States, largely due to both past and present-day atrocities abroad. President Trump’s policies have only given nations further reasons to dislike the United States; He has announced a plan to create a wall along the Mexican-American border to enact stricter immigration laws, enacted a travel ban for several Muslim countries, and has made derogatory references about Haiti and African nations, which sparked international outrage. The United States’ historical behavior towards other nations, coupled with the election of Donald Trump has largely contributed to its negative global perception, which likely will result in Morocco’s victory in hosting the 2026 FIFA World Cup.

By hosting a FIFA World Cup, a nation has a lot to gain both during and after the tournament. The host will create a thriving tourism industry for the future, construct new and improved facilities through infrastructure building, create millions of jobs, increase community partnerships, and perhaps most importantly, increase their cultural profile around the world. For instance, in the 2014 FIFA World Cup, Brazil served as the host nation and is estimated to have generated one million new jobs. Although the United States’ economy would certainly benefit from hosting the tournament in 2026, the larger focus should be on the social implications of hosting; It is an opportunity for the United States to reduce its negative global perception since the World Cup celebrates the variety of cultures throughout the world. Neglected nations will get massive exposure of their culture in the United States, creating a sense of approval from the U.S. However, with Morocco likely to win the 2026 bid, this becomes a lost opportunity.

The World Cup is a special event, unlike any other. Fans from around the world have the chance to cheer on their respective teams on the biggest stage. Hosting a world cup can bring about positive economic change for the host since it can stimulate the economy with the creation millions of new jobs and a thriving tourism industry. Likewise, the World Cup host also benefits socially and politically, since nations come together and celebrate their cultures in a welcoming environment. Considering nations have historically disliked the United States, which has only been exacerbated by the election of Donald Trump, it is imperative that the United States do everything in its power to win the 2026 bid over Morocco. As of now, Morocco has the edge; Only time will tell who can capitalize on such an opportunity.