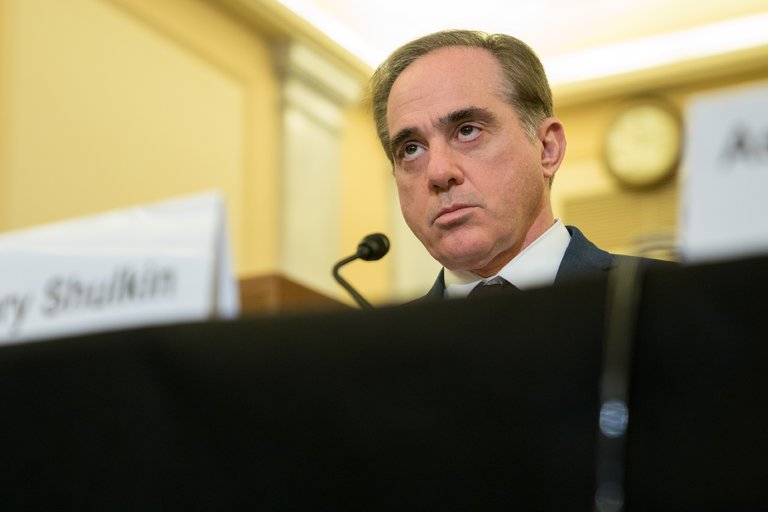 The War on Terrible Healthcare? How the VA Has Stoked Useless Partisanship and Invoked Special Interest

No, it’s not of the same magnitude as the Second World War, or of Vietnam for that matter. There isn’t any foreign aggression that we have to be afraid of. Don’t worry, our boys and girls aren’t going to be sent overseas; they’ll be at safe at home.

But that doesn’t mean lives aren’t at risk: this is still very much a war. A war between political ideologies, between government and special interests, between public sector and looming privatization, whatever angle you look at it, we are experiencing a major conflict.

And the worst part? The collateral damages of this war are the very individuals sent overseas to protect us in times of conflict: veterans.

The Trump administration has been very critical in the past of former US Secretary of Veterans Affairs David Shulkin and his commitment to his tenure. Much of the criticism is derived from Shulkin’s past misuse of monetary funds (reallocated from the Department of VA’s core funds) for vacation purposes in Europe and the quality of healthcare delivered to veterans, which is still a public sector provision.

But Trump’s stance may not be some act of pure altruism meant to promote the rights of historically underrepresented veterans. Recently, Trump has been hugely dismissive of this public sector approach to veterans’ healthcare needs and the Veterans Healthcare Administration (VHA) and has instead promoted a privatized approach, which is something Shulkin, the lone holdover appointment from the Obama administration, has thoroughly opposed. This stance has engendered a degree of chagrin for special interest groups and donors such as the Koch Brothers and Koch Enterprises, who are in defense and consequently spearheading Trump’s efforts for privatization.

Soon, the pressure by Trump on Shulkin and lingering questions over his unclear motives resulted in full-blown proxy war, with both Democrats and Republicans fighting over Shulkin’s appointment and future with the VA, many Democrats wanting to preserve the not-for-profit state of healthcare as it applied to veterans, a system in place since the Civil War. In addition, Democrats have opposed GOP efforts to enact veterans voucher programs — and to a lesser extent, expand for-profit hospitals and medical service programs — on the grounds that they would divert funding and institutional support for traditional public hospital services to the ailing individuals. “If there’s some veteran in South Dakota, or Vermont who lives a zillion miles away from a VA hospital, should that person be able to get their health care across the street in their community? Who would argue against that?” Senator Bernie Sanders of Vermont said last December at a hearing to consider a range of veterans-affairs legislation. Fundamentally, Democrats believe the privatization of healthcare would launch American society into a situation where the rich continue to prosper and the poor are left to suffer. Be that as it may, many Democrats continue to fight for Shulkin, despite his poor performance, simply because they believe the future of healthcare depends on it. Representative Tim Walz, the highest-ranking Democratic lawmaker on the House and Senate panel on veterans affairs, reiterated, “We need stability in the VA [and] in the VA culture.”

Nevertheless, the indecisiveness doesn’t end there. The ultimate outcome of this proxy war has been the termination of Shulkin as the Secretary of Veterans Affairs, and the replacement with Dr. Ronny L. Jackson, an active-duty rear admiral in the United States Navy. This move has produced widespread criticism, especially surrounding Jackson’s relative inexperience with the position and the specific jobs it entails.

While the debate over privatization stemmed primarily from the difference between major political parties over healthcare being a right or a privilege, additional new criticism has been directed at the Trump effort to privatize healthcare and how this could potentially impact the quality of healthcare meted out to veterans, but now from the stance of bending down to special interest. The Koch Brothers (made up of brothers and financiers Charles and David Koch), in charge of Koch Industries, have a long history of using their wealth and influence to force lawmakers’ hands on public policy. In fact, the brothers are in charge of KochPAC, a political action committee that has been supporting conservative and Republican representatives and candidates for several years now.

However, during the 2016 presidential election, KochPAC was hesitant to support Trump and still isn’t sure if they support his views. Despite weathering its hard-lined stance against the current president, Koch Enterprises stayed true to many of its core beliefs and initiatives, one of the biggest being privatized healthcare. Through shifting medicine more to the for-profit sector, the brothers believe that they are creating a new line of defense against the march towards socialized medicine, educating veterans and Americans in the process. Their PAC believes that the only byproducts of Obamacare for veterans have been massive wait times, impenetrable bureaucracy, de facto rationing, and wasted tax dollars.

Many contend that President Trump highlighted the issues with David Shulkin and ultimately replaced him with a more conservative appointment in order to introduce privatized healthcare to the VA’s health administration and to win over the support of Koch Industries and the Koch Brothers, while under the guise of a merciful act of reform to an organization as ailing as the individuals it treats. As a result, this issue has stoked partisanship with Democrats fighting Trump’s criticism and replacement of Shulkin and has distracted lawmakers from the real issue: the need for reform with the Department of Veterans Affairs.

While it may be easy to groan over changing up leadership of the Department of Veteran Affairs and the stifling power of special interest, this may not be the worst decision by the current presidential administration. Former Secretary Shulkin had, at numerous points in his tenure, proven himself to be an unworthy appointment. Additionally, there are nuanced issues with how veterans are treated these days and how they receive proper physical and mental health services, such as the interference of bureaucracy in regulating good and bad VA employees, as well as working on addressing the backlog of veteran disability claims. Partisanship aside, new leadership might actually be good alternative. Shulkin has shown a degree of incompetence in the past few weeks that can be seen, by some individuals, as replaceable. Conservative pro-veteran special-interest groups like Concerned Veterans as well as the conservative-leaning Koch network, including Freedom Partners and Americans for Prosperity, believe that privatizing the VA and opening up the ability to incorporate more private-sector providers would provide care more quickly, efficiently, and let veterans better choose where to get care.

Nonetheless, the power of special interest and this current administration’s potential readiness to flirt with lobbyists cannot be ignored. Recently, the Trump administration has received plaudits from many congressional critics surrounding his resistance against the National Rifle Association (NRA) through considering partial automatics weapons bans. However, it’s important to recognize that special interest still influences the presidency; in addition, the switch from public sector to private sector for veteran healthcare could potentially affect the future of healthcare socialization in the United States.

But if we can’t move past the politics, how will veterans make the move towards the healthcare they so deserve?