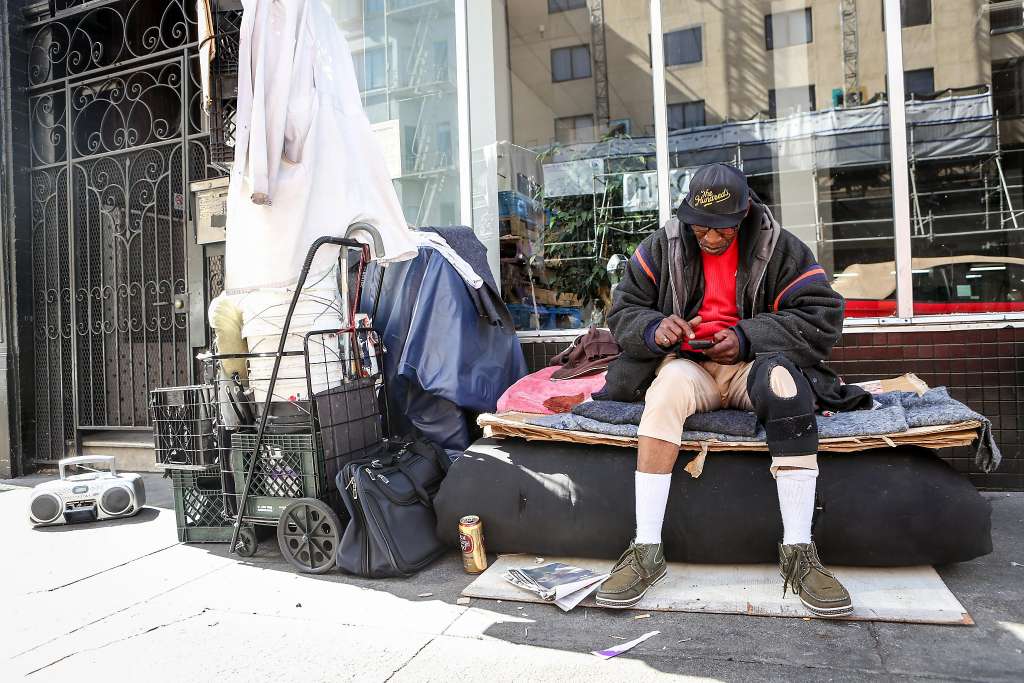 It’s springtime in Berkeley, which means that around 15,000 high school seniors are considering attending Berkeley. For many, what stands out is Berkeley’s large and visible homeless population. Homelessness in Berkeley is omnipresent, as it has been throughout California since the 1960s. Treatment of homeless populations has not been consistent over the past 50 years, nor has the problem of homelessness been addressed in any kind of consistent way. The homeless have been treated like criminals and victims with no real rhyme or reason; clearly, the inherent inconsistency in policy doesn’t help create any kind of permanent solution. But as homelessness has exploded in the last 15 years, inconsistent policy is no longer viable.

Years ago — even still today — our societal understanding of homelessness is an individual living sleeping on a dirty sidewalk, panhandling, maybe mentally ill. Anti-vagrancy laws, a class of laws I’ll define as including laws that criminalize the use of public places for rest or shelter, target and look to eradicate this image of homelessness. The history of homeless policy in California is rife with anti-vagrancy laws, including San Francisco’s infamous sit-lie ordinance, which prohibits sitting or lying on the sidewalk. This ordinance, like many anti-vagrancy laws, is clearly unenforceable without police discretion and judgment. Selective enforcement gives police leeway in determining how and where to address (read: issue citations) homelessness, thus making a useful tool for cities to keep homeless populations out of sight and out of mind.

Of course, not all historical solutions for homelessness have been punitive. Homeless shelters and food banks have served homeless populations for years and still do. However, neither of these methods is equipped to deal with large homeless populations; shelters are often full, and food banks provide temporary sustenance but are not a substitute for long-term solutions. With recent rises in homelessness rates, California cities have been forced to confront the issue more directly and permanently. The current state of homelessness — symbolized by tent cities under freeway overpasses — is too visible and too severe to casually push of the street with anti-vagrancy laws and homeless shelters. But many cities are struggling to provide anything beyond practical short-term solutions. Homeless encampments cannot be driven off the streets with anti-vagrancy laws. The fact that they exist at all is a testament to the failures of shelters. Encampments demand a more elaborate and well thought out plan.

One critique of the current ways of dealing with homelessness is that current methods and solutions do not properly address the causes of homelessness, but merely the symptoms. This infuriates homeless advocates who believe that the principal cause of homelessness is staring us in our faces. The housing crisis of the last decade in California has exacerbated homelessness as residents of gentrifying areas can no longer afford housing. Homeless are, on average, more likely to be mentally ill or addicted to drugs, but these problems are worsened by homelessness, which impedes efforts to seek treatment. Other factors, like unemployment, might be a cause of housing insecurity, but are made more permanent and aggravated by homelessness itself.

Nonprofits like People Assisting The Homeless (PATH), which operates interim housing and provides support to the homeless in cooperation with municipalities, are attempting to help homeless populations with methods that are attuned to and cognizant of the complexities of individual’s situations. Chuck Flacks, an employee of PATH, described to me the general steps that he and his organization try to take when dealing with any single homeless individual. The first step is to know the person by name and make sure to remember them, whether through a database or through memory. The second and most important step is to find the person permanent housing. “Housing first is critical,” Flacks told me. “Without it, we can’t help them.” Hence the third step is to find out the specific needs of each given individual, and then make sure to keep them housed while addressing those needs. Housing is the beginning, middle, and end of this process, which PATH is very much aware of. It’s strange to think that so many efforts to treat homelessness seem to forget this; it’s in the name, after all. Lack of a home is literally the defining characteristic of homelessness. Yet criminalization of the homeless and the seeming desire to provide an endless treadmill of temporary housing and temporary support persists.

San Francisco is one of many California cities with policies that mirror Flacks’ opinion. The city has attempted to unify all databases of the homeless to keep better track of everyone’s specific, individual needs. The city’s so-called Homelessness Response System binds together services that were separate before. There is also an effort throughout Los Angeles has also caught on — in 2016, voters overwhelmingly approved Proposition HHH, which aims to fund nearly 10,000 units of new housing specifically for the homeless, funded by a $0.348 per square foot property tax. Dubbed “Permanent Supportive Housing,” these new units of housing are combined with health services in combination with cheap, government-subsidized rent. Housing-first programs and efforts have been successful; 96% of individuals participating in Los Angeles’s program have remained permanently housed, as well as substantially reducing their use of government health services. San Francisco has permanently housed hundreds of homeless from over 17 encampments.

Despite these efforts, if you were to drive around Oakland, you’d still see hundreds of homeless. The same will almost certainly be true a couple years from now as well, despite the city’s best efforts. Why does a problem with such an obvious solution persist even today? The main reason is that there is simply not enough money available. Providing permanent housing and targeted support is expensive. A more prominent reason for the lack of progress, but secondary to funding, is political resistance. Communities don’t want housing for the homeless built near them. In Los Angeles, although the city has passed several citywide funding measures to provide services and housing to the homeless (including Prop HHH), specific housing proposals are having difficulty passing. Some neighborhoods invoke excuses, such as claiming that the location of the new housing wouldn’t be safe for the people who would live there, but the reality is clear: they simply don’t want the homeless around.

Flacks chalks this up to a general lack of political will, perhaps driven by a lack of empathy. He points to California’s recent economic success, fueled by a tech boom and a strong recovery from the 2008 recession, as a driving factor: “When you have that kind of success, you have winners and losers.” The homeless are the losers; driven out of their homes by rising rents, and facing the streets without much support from the government or any institutions. In Flacks’ eyes, this lack of support is the central failure of our state’s inability to deal with homelessness. Funding new housing is expensive but could be easily financed with cheap funding measures. We could help if we wanted to. We lack the will to do so. Perhaps we are unwilling to face the consequences of our state’s success. It remains to be seen if we will ever be willing.