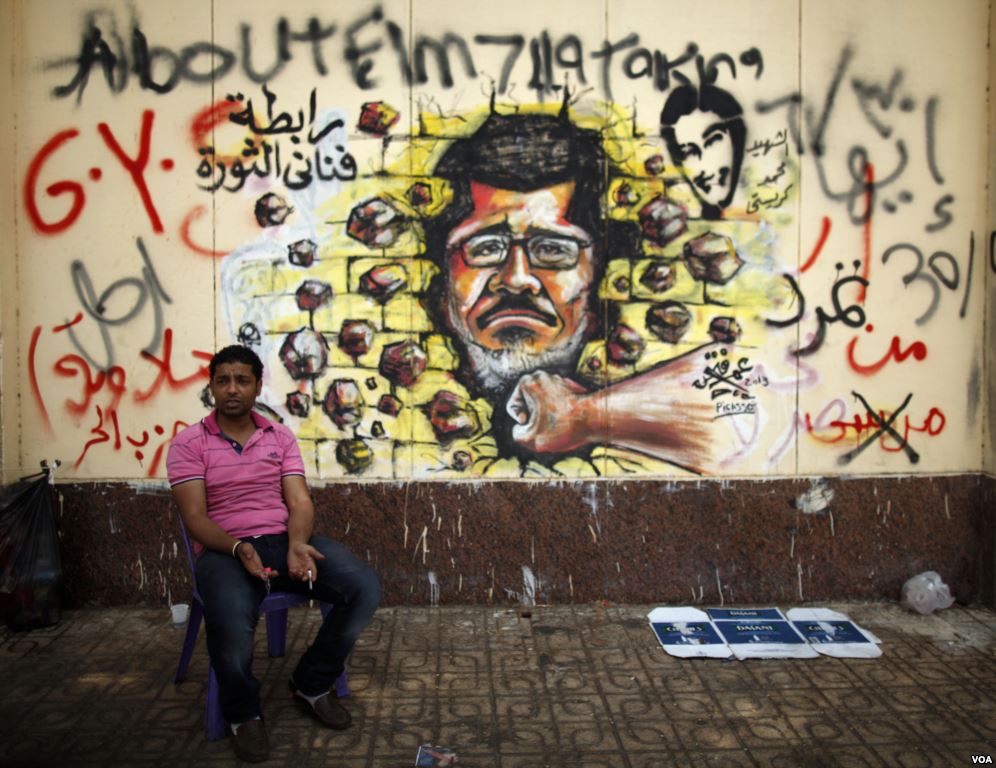 What Really Happened to Egyptian Democracy?

Egyptians went to the polls on March 24th of this year. El-Sisi, Egypt’s current President ran for a second term in an election described by Human Rights Watch as “farcical.” Following the 2011 Tunisian uprisings, democracy seemed to have finally arrived at the doorstep of the Arab World. With the toppling of Egypt’s long-standing authoritarian leader Hosni Mubarak, it appeared to have made it to the heart of the region. Today, however, little of this optimism remains, leading many in the West to question what happened to Egyptian democracy. The answer is simple yet unpleasant: democracy never really made it to Egypt.

Was it a coup, or a revolution?

In June 2013, mass protests spread across Egypt, demanding the resignation of Mohamed Morsi, Egypt’s first democratically elected president. Upon his refusal, Morsi was removed from power in a “military takeover” led by the head of the Armed Forces, El-Sisi. A year earlier, Morsi managed to win the presidential election. He was a member of the Muslim Brotherhood, an Islamist political organization which traditionally enjoyed the support of only a minority of Egyptians and whose doctrine prescribes that Islam is a religion, a state, and an individual’s primary marker of identity. Morsi’s victory created an illusion of popular support for Political Islam in Egypt, only to have it be shattered a year later.

During his time in office, Morsi quickly grew unpopular. At a time when Egypt was suffering from an acute economic crisis, and crime and unemployment were on the rise, Morsi busied himself with co-opting the military and police forces. The Muslim Brotherhood-dominated parliament did not fare any better, failing to implement meaningful political and economic programs that would allow the government to secure a much needed IMF loan; instead, they debated alcohol, pornography, and female circumcision. However, it was Morsi’s constitutional decree, through which he expanded his powers, that encouraged the coalition between the military, and the grassroots movement tamarod that removed him from power.

These events sent reverberations across the world. Foreign media portrayed the takeover as a forceful removal by the military of Egypt’s first democratically elected president: a violation of popular will. Disappointed at the obstruction of a seemingly successful democratic transition, the Obama administration kept Sisi at arm’s length, pressing for a rapid and inclusive democratic transition. At home, however, the story was different. For many Egyptians, the U.S. was turning a blind eye to their grievances in the name of respecting the democracy.

Writing in the wake of the Arab Spring (2011), University of Illinois Urbana-Champaign professor Asef Bayast  warned against the dangers of counter-revolution inherent to the Arab uprisings, which he characterized as  “Refolutions.” Unlike full-on revolutions, the “Refolutions” attempted to push for reform through and not outside of state institutions. Thus, despite their enormous social power, they did not “actually rule”. In Egypt, as ordinary life resumed and the challenges of reconstruction mounted, the limitations of the 2011 coalition were revealed: It was divided and lacked authority, hence its reliance on the SCAF (Supreme Council of Armed Forces), to lead the transition. As the only organized political force during the transition, the Muslim Brotherhood came to power. Soon, it became clear that while the protests successfully removed Mubarak, they did not remove the institutions that supported his system. As Bayat puts it, “no novel means and modes of governance that altogether embody the will of the revolution were introduced.”  Instead, the traditional players still dominated the game, while the protesters disappeared into the background.

The Seeds of Nationalist  Backlash

Morsi’s attempts to appease the military and police forces soon backfired, generating a nationalist backlash. Millions of moderate Muslims, non-Brotherhood supporters as well as Copts had already struggled to believe that the Brotherhood, a group that has long been fundamentally opposed to Western values, was truly devoted to democratization in Egypt. And with Morsi’s attempts to hastily pass the Brotherhood-drafted constitution, to many, a more logical explanation appeared: the Brothers were attempting to infiltrate and dominate state institutions while paying lip service to democracy. Against this background, millions supported the removal of Morsi. When Obama expressed concern about the events in Egypt and demanded that Morsi and his supporters be protected, those very Egyptians were shocked and frustrated.  A growing sense of anti-Americanism developed alongside the spread of conspiracy theories like “Americans support the Muslim Brotherhood and are hatching a plot with Israel to divide Egypt.” The video of a poor Egyptian woman shouting “Shut up your MOUSE Obama”  “Sisi yes Morsi No”  shows just how Sisi had successfully emerged as a national hero who refused to bow to the U.S. and “saved” Egypt from the Muslim Brotherhood. Egyptians, guided by the logic of the devil you know better than the devil you don’t, rushed to the polls and elected Sisi President in 2014.  After all, the ballot box did not bring about bread, freedom, and social equality. So, maybe Omar Suleiman, Mubarak’s vice president, was right when, in an interview in the wake of the 2011 protests, he claimed Egyptians were  unfit for democracy.

This skepticism about Democracy is not new to Egyptians and they should not be blamed – at least not entirely. Egypt has never had real experience with democracy. Following the 1952 coup d’etat which established the Arab Republic of Egypt,  the first step Nasser and the Free Soldiers took was to dissolve all political parties existing at the time. In the years that followed, the achievement of greater national goals continuously justified delaying democracy. Sadat, after a small experiment with democracy in which he allowed the Muslim Brothers to participate in political life, concluded that it was a double-edged sword. Under Mubarak, opposition movements like Kefaya (enough) were dismissed as western agents. Adding to that, Egypt’s alliance with the US did not always consistently serve democracy in Egypt. As Jason Brownlee argues, successive U.S. administrations have prevented democracy in Egypt, out fear of its incompatibility with its interests in the region, namely Israel’s security, combating Soviet influence, and fighting Global War on Terror.

For years the U.S., through the US-Middle East Partnership initiative, has attempted to promote democracy in the MENA region through civil society funding and support for the free market. With the Arab uprisings, the U.S. seemed to be making high returns on this investment. However, Egypt’s experience proves otherwise and should serve as a cautionary tale for the current US administration. Although the 2011 uprisings were couched in democratic lexicon, the term “democracy” carried multiple meanings in Egypt.  While some are fundamentally opposed to democracy, as a Western value, others associate it with better standards of living observed in Western democratic societies. After 2013,  many Egyptians came to associate the term with American interventionism.

Arguably, protesters in Tahrir square did not call for democracy as the political scientist Dahl defines it or an Islamic state as Hassan Al Banna, founder of the Muslim Brotherhood, envisioned it; instead, they called for Bread, Freedom, and Social Equality. When Morsi failed to deliver his electoral promises, the thin support for the democratic processes that brought him to power faltered. This is not surprising, with so many Egyptians living under the poverty line, struggling to make a living. As an Egyptian working with USAID programs put it “the poor don’t have the energy to focus on these things [civil society] given deteriorating socioeconomic conditions.“At this juncture,  the U.S. should refrain from confronting Sisi. Instead, President Trump should use his personal relationship with Sisi to promote a long-term developmental approach to democracy in Egypt that prioritizes socio-economic development and state-building. So long as the opposition in Egypt remains fragmented, and the social and economic conditions dire, the non-democratic structure of Egypt’s political system is unlikely to change with or without Sisi.