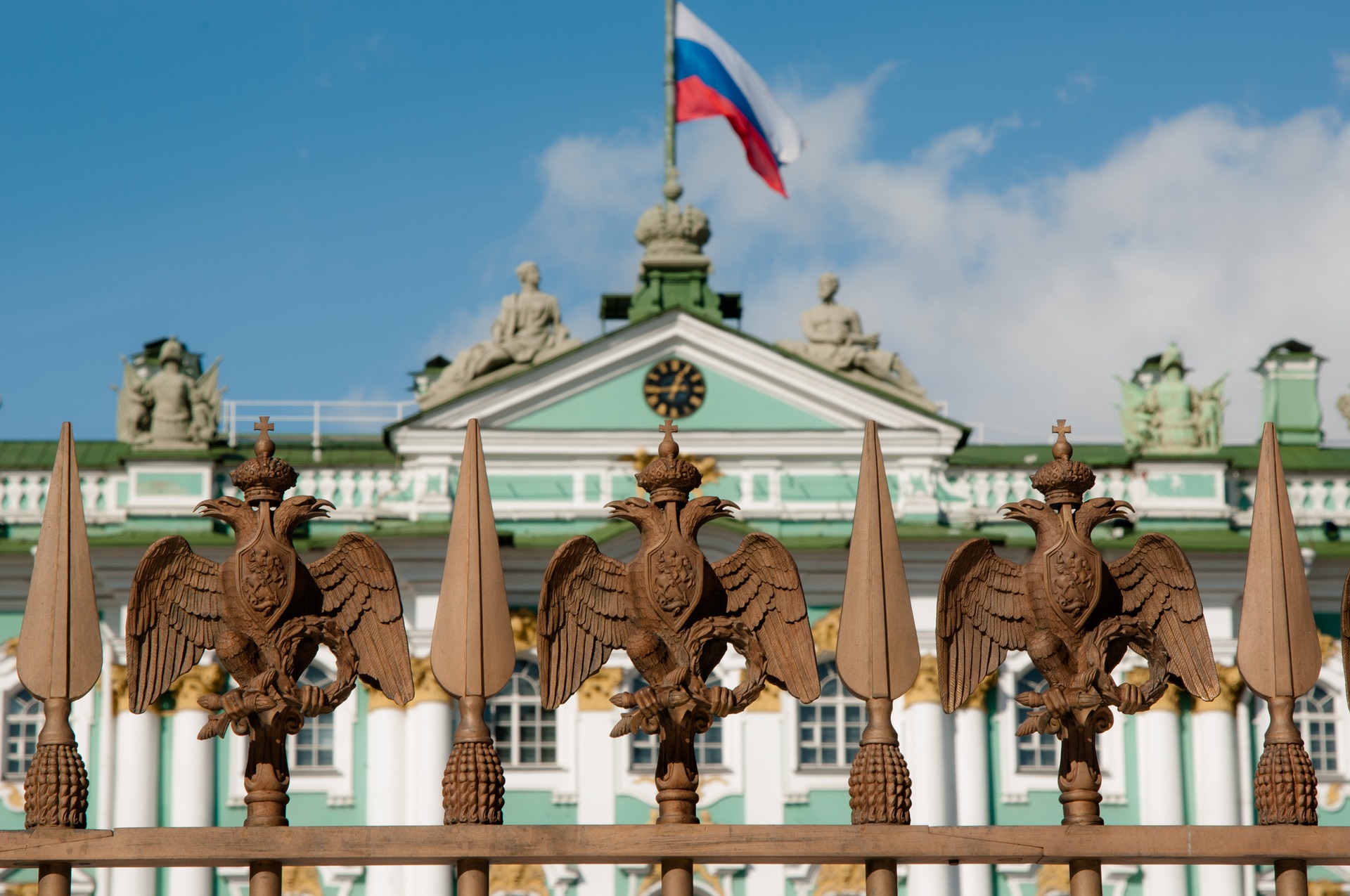 Papa Putin and Mother Russia: The Historical and Political Implications of Domestic Violence in Russia

In Russia, nearly 40 women die every day due to domestic violence. This rate is around three per day in the United States. The women that survive are too often left with scars, burns, or permanent disabilities, and are subject to continued threats or violence. Despite this, in February of 2017, Russia’s legislature overwhelmingly passed a bill largely decriminalizing domestic abuse. Two main contributors to the success of this bill were the Orthodox Church and Putin himself. With the passage, it becomes evident that factors within society and the state are inherently working against the safety and security of women in Russia. Hence, a closer look into how and why the politics of domestic violence play out appears critical.

Domestic abuse plagues Russian households, and, as mentioned above, women are subject to colossal amounts of physical violence, which is now devoid of legal consequences. A study from 2005 demonstrated this: 70% of women surveyed from all over Russia stated they had been “subjected to at least one form of violence — physical, sexual, economic, or psychological — by their husbands.” The new law, sometimes called the “slapping law,” removes the possibility of prison time for first-time offenders of domestic abuse, so long as the victim did not have to be hospitalized. Instead, perpetrators will, at most, be required to pay a small fine, if not get off scotch-free. The women being abused will sometimes even have to contribute to this fee, as unpaid fines are commonly taken out of joint accounts. To add to this, there are few state-funded safe houses for victims of domestic violence to take refuge in: in 2013, there was only one in Moscow, the country’s most populous city.

There have been pushes since the fall of the Soviet Union in the early 1990s to pass legislation imposing stricter punishments on perpetrators of domestic violence, given that Russia is one of the few European countries lacking specific laws against domestic abuse. In 2016, advocates for change were pleased when the legislature exempted domestic abuse from the larger bill decriminalizing battery, instead assigning the crime with a two-year maximum sentence. Now, whatever hope this brought has been squandered: the Orthodox Church and the appeal to “traditional” values have replaced this small step with the new “slapping” law, and with it, perpetuated female endangerment.

Insight into Russian political history offers one explanation as to why women face immense physical insecurity today. Ingrained in Russian political tradition is the notion of a strongman, or an untouchable father figure ruling over a patriarchal state: see Stalin, Lenin, and the Tsars. This ideology is still very much present in the politics of Russia today, and Putin’s administration, partnered with the church, implement policies reflecting this patrimonialism, especially with regard to women.

Russia’s predicament with domestic abuse can be seen as a mirror to the historical and political values that run deep within its society and culture. Traditionally, although Russia has shifted through various forms of government, a defining feature of each is a centralized, powerful figurehead. Tracing through Russia’s history with authoritarianism and state-led violence, it becomes evident that political traditions and ideologies permeate cultural attitudes and heavily influence the trajectory of the majority of the state’s policies, including stances on familial violence.

The tsarist monarchies always had a designated single ruler; the communist USSR, despite their rhetoric of an egalitarian society, maintained strict hierarchies, with the top usually being one all-powerful individual. Now, as Putin consolidates more and more power, this pattern can be seen repeating itself.

When looking at Russia’s most prominent historical leaders, the names of many powerful men come to mind. Sure, there is Catherine the Great, one of the few female rulers, but she is an outlier. Individuals like Ivan the Terrible, Nicholas II, Lenin, and Stalin are frequently referenced, and fundamentally altered the course of the nation, in their own respective ways. Because of this tradition, patriarchal ideals are deeply ingrained in Russian society and culture.

In particular, one of the most prominent figures in all of world history, Joseph Stalin, exemplified this notion of a father figurehead ruling over the state. Stalin created a patrimonial state throughout the first half of the twentieth century, creating a paradox. At the heart of his political system is the ideology that there is one figurehead, the “father” of the country, who is granted all power, remains virtually untouchable, and perpetuates the idea that he is the only one that can take care of “Mother Russia.” However, he implemented the Great Terror, an immense period of violence against the citizens he was meant to be protecting. This notion of masculinity, where the patriarchal figure remains untouchable, but his feminized counterpart, the one that depends on his rule, endures the pains of his rage, permeates and trickles into Russian politics, culture, and societal values today.

Furthermore, there is an aspect of religion that also ties into Russia’s historical and present-day society. Despite not having religion during the communist period, Stalin’s sacralization of politics and his creation of a cult of personality around Lenin and himself served as a political religion. Today, the Orthodox Church enjoys huge amounts of power in politics and society, and it can be seen as a testament to the Russian people’s reliance on, or perhaps tolerance of, religion or quasi-religion infiltrating the state and the values people within it hold.

These historical political notions permeate into today’s society and culture to influence public opinion. A state-run survey reported that “nearly 1 out of every 5 Russians says it can be acceptable to strike a wife, husband or child ‘in certain circumstances.'” These ideas transcend gender as well: women in Russia often tolerate domestic abuse of other women. One example is female senator Elena Mizulina, who has been quoted with statements such as “women are not offended when we see a man beating his wife.”

This public trend illustrates the willingness of the Russian population to pass off violence against women as merely “cultural.” The influences of political and historical traditions of masculinist supremacy have permeated society to the extent in which women in positions of power are shrugging off the notion that domestic violence is a problem needing remedial action. The problem thus lies deep at the root of not only Russian history and politics but within modern Russian societal norms as well.

PUTIN AND THE CHURCH

Putin and the church combine to capitalize off of and strengthen these notions of strong, masculine leaders to which the law does not apply. Putin is striving to create a level of personal control mirroring that of Stalin. However, instead of necessarily creating a political religion, à la Stalinism, he is teaming with the already-established institution of the Orthodox Church to gain legitimacy and a sacralized position of power. By tapping into sentiments of “traditional values,” they are simultaneously legitimizing their own positions while ensuring the subordination of a massive segment of the population.

Central to these traditional values are the treatment of women today and the values of family advocated by the church and the state, tying themselves to the historical tradition of a “Mother Russia” led and protected by an all-powerful father figure. Stalin achieved immense consolidation of power by invoking this ideology, and the issue of extreme domestic abuse can be seen as a case of Putin similarly tapping into this patrimonialism in a ploy for increased power.

But Putin and the church are not the only ones to blame. These ideas about masculinity and patrimonial control have infiltrated society and culture and created an environment where both males and females are tolerant of extreme abuse and state inaction due to their beliefs about what “values” Russia has. In order for any real change to occur regarding the treatment of women, especially within the home, cultural attitudes surrounding Russia’s political history and tradition must undergo a major shift.