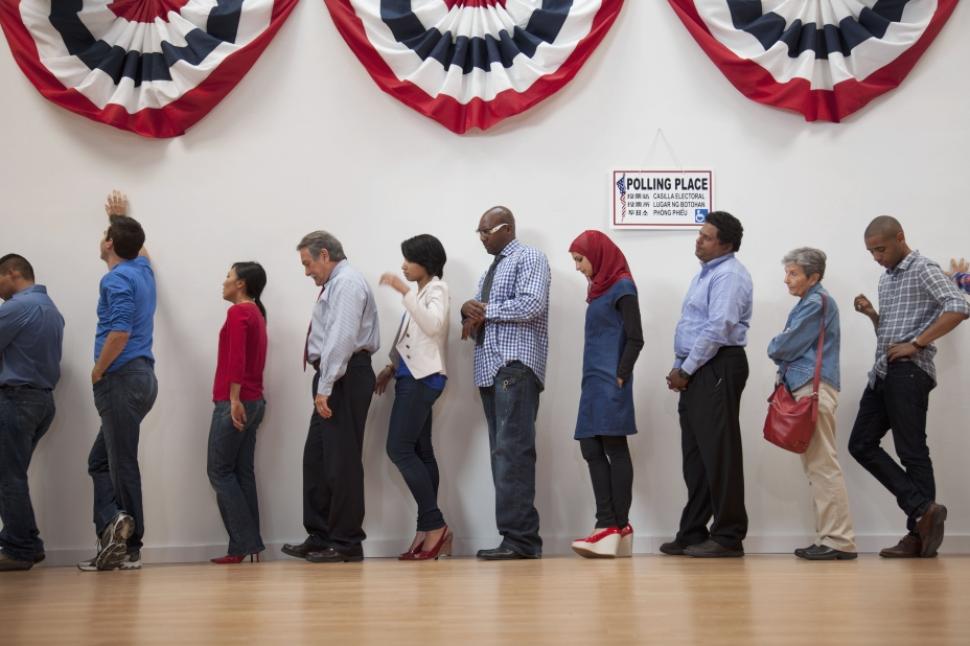 Mobile Voting: The Next Step in Expanding Democracy

On July 4th, 1776, the Founding Fathers gathered in Philadelphia to draft the Declaration of Independence, separating the colonies from the oppressive British monarchy on the principle that a government that didn’t represent the interests of the people had no right to govern. Upon later establishing a representative democracy, the power of voting and the question of who could be afforded that power would come to preoccupy the country for decades. Given the unimaginable physical and emotional toll experienced by those dedicated to securing this right, it seems paradoxical that in America today, so few people actually vote.

Data from the Pew Research Center shows that U.S. voter turnout is lower than most other developed nations: in the 2016 Presidential Elections, just 55.7% of the voting-age population cast a ballot, while in the 2014 midterm elections, only 36.4% of that same population voted, the lowest in 70 years. Moreover, even this widely used metric of voter turnout is likely an underestimate of the true representativeness of the American electorate, since it does not take into account those who are barred from voting for reasons such as criminal or immigration status.

How can America raise its voter turnout? Business Insider editor Dana Varinsky has proposed several solutions, including providing people with free food or coupons via corporate sponsorships, giving voting materials an “aesthetically appealing makeover,” turning canvas booths into places for art and allowing people to schedule voting sessions that are convenient for them. Other, more traditional methods, promoted by the Brookings Institution, involve allowing same-day voter registration, automatic voter registration, and either declaring Election Day a national holiday or moving elections to the weekend. One thing is certain: the best way to increase voter turnout is to make voting easier.

Some states have already begun moving past the traditional polling station by implementing universal “vote at home” measures. The most famous of these measures was Colorado’s prior to the 2014 midterm elections, when every registered voter in the state was mailed a ballot and granted a two-week time period to fill it out and either mail it back or drop it off at a secure processing site. The results of the election begged interest: the “vote at home” initiative increased voter turnout amongst registered voters by 3%, according to a study commissioned by the Washington Post and performed by Pantheon Analytics. What’s more, the increase in voter turnout was highest amongst younger voters, a demographic known for having abysmally low rates of electoral participation.

Despite this success, problems still exist concerning such ballots, with the most glaring of these being the time it takes for a vote to be processed and counted. During this time, many things can occur that could change a voter’s mind. This problem was most pronounced in Montana’s special election last year, whose only House seat was vacated after former Representative Ryan Zinke was chosen as Secretary of the Interior. The ensuing competition between Republican Greg Gianforte and Democrat Rob Quist became extremely contentious, with the controversial repeal of the Affordable Care Act becoming a focal point. The tension culminated when Gianforte body slammed Ben Jacobs, a reporter for the Guardian, and was subsequently charged with misdemeanor assault. The altercation occurred days before Election Day, however, and the number of absentee ballots already cast in Gianforte’s favor prevented his candidacy from being severely affected by his outburst.

One way to combine the desirable aspects of all of these forms of voting, while avoiding many of their pitfalls, is through the implementation of mobile, or Internet, voting. It is quite a wonder how —  at a time when one can buy a plane ticket across the world using a quick tap of one’s fingertips — one still cannot participate in the vital democratic process just as easily. Considering the prominent role that the industries of the United States have played in so many other technical ventures, such as the rise of social media, online ordering, and the like, the fact that many other countries have experimented with and implemented online voting before America is astonishing.

One such country is the small European nation of Estonia. has used online voting for their national elections since 2005. To vote online, people in Estonia use a voting application called Valimised.  To vote, Estonians must insert their national identity cards (something American doesn’t provide) into computer’s card reader, fill out a digital ballot, provide an online signature, and cast their votes. The entire process is done in the comfort of one’s own home, at one’s own leisure, within seven days of Election Day. Since the implementation of “I-voting”, Estonia’s voter turnout has steadily increased, from 61.91% in the parliamentary election of 2007 to 64.23% in 2015.  If the voting trends of the country continue, Estonian voter turnout will far surpass that of any presidential election in the United States. \

The prospect of online voting, however, may fall unwelcome on weary ears of the American public, of which many are still reeling from the supposed Russian hacking of the 2016 elections. A Bloomberg report published that Russian hackers accessed voter information in a total of 39 states, trying to delete or alter voter data. Stanford professor of computer science, David Dill, has called the idea of Internet voting “a complete disaster”. Dill’s primary concern with the idea of online voting stems from the inherent complexity of computer systems themselves, which means problems related to online voting are growing “faster than the methods to keep up with them,”. Likewise, the plethora of data breaches that have occurred in recent history aside from the election — affecting Target, Yahoo, and Equifax —  have all shown that even industries with teams full of software engineers and database security systems can be hacked.  These breaches all affected the individual accounts of everyday consumers and clients: what if the highest office in the land, the presidency, was affected?

Estonia’s claims that “I-voting” is more secure because of a two-step verification system. Users can check their votes separately using a mobile phone by connecting it to alternate electoral servers and review the ballot they cast. Likewise, the use of one’s own mobile phone in the verification step to voting in Estonia decentralizes the voting process, making it even more democratized with fewer bureaucratic obstacles involved. The security of electoral results is also enhanced through the use of 2048-bit public key encryption, which prevents any government officials from observing individual vote choices. Votes may simply be aggregated in the end for results interpretation. Through these methods, the Estonian system is intended to make it extremely difficult for hackers, who would have to compromise the security of both devices in order to alter casted votes. Should Estonians not feel comfortable with this method, they can still choose to visit regular polling stations or vote through paper ballots, which Dill has called “the gold standard” for their inability to be hacked.

Regardless of the platform used to cast a vote, one thing is certain: if the citizens of the United States should wish to make change within their country, they must be more willing to participate in the primary facet by which democracy is constructed. They must vote. In the words of Franklin D. Roosevelt, “The ultimate rulers of our democracy are not a president and senators and congressmen and government officials, but the voters of this country.” Avenues to make voting easier will assist voter turnout, but disaffection amongst voters is a flaw within the fabric of society that no mailed in ballot or mobile voting app can easily change.

Leila Hooshyar
More from The ReviewMore posts in The Review »