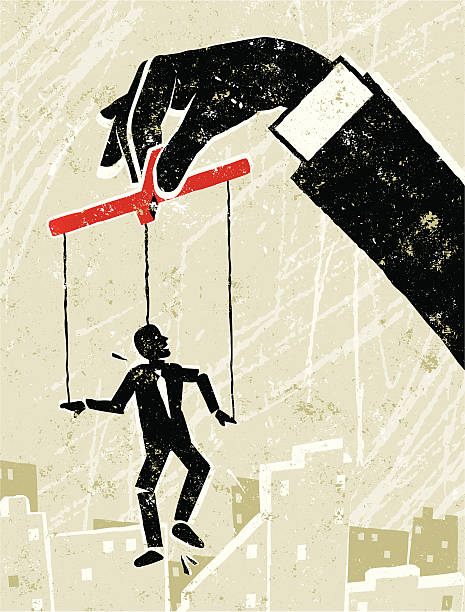 The atrocities facing Rohingya Muslims, both inside the Rakhine state of Myanmar and those fleeing into Bangladesh as refugees, are well documented by now. And so is the blanket denial of the government, represented by its de facto leader and the 1991 Nobel Peace Prize winner, Aung San Suu Kyi. While world leaders are busy labelling Suu Kyi as a hypocrite for acting in stark opposition to the principles her peace prize stands for; and while Burma is claiming an attack on its sovereignty, the underlying reasons of the Rohingya crisis are left unaddressed. Understanding them is essential if progress towards a reasonable solution is to be achieved.

People have been trying to come up with an explanation for why Aung San Suu Kyi is turning a blind eye to one of the worst incidents of mass genocide in history – which Zeid Ra’ad al-Hussein, the UN’s human-rights chief, has termed “a textbook example of ethnic cleansing”. All plausible theories inevitably mention the outsized role of Burmese military. However, confusion arises about why, and more specifically, how the military continues to commit atrocities despite the successful 2015 elections which seemingly brought  to power a true democratic government. An even bigger question to consider is why Suu Kyi, a Nobel Peace Laureate, who chose fifteen years of prison over bending to the demands of the military, has instead decided to ignore the atrocious horrors being inflicted upon her country’s marginalized population. After all, isn’t her whole life an account of standing up for the rights of the oppressed people? This hypocrisy, however, may have a more deep-seated explanation after all.

In Jack. L Snyder’s book ‘From Voting to Violence: Democratization and National Conflict’, he argues that nationalism and ethnic conflicts are not rooted in ancient hatreds that exist between two contentious groups. Rather, these conflicts can be explained by analyzing the process of the democratization of a country. Countries with weak institutions transitioning to democracy can leave large vacuums that are then filled by forces of extremism.

His theory might help explain the current state of Burmese affairs where the military has etched itself as the de facto power broker influencing multiple levels of the Burmese military. It can also help explain Suu Kyi’s silence on the issue.

Liberals see the process of democratization, as they did in the case of Myanmar, as a force liberating the masses from the coercion and intimidation of dictators. But, as Snyder argues in his book, it is hardly such a case. “The very deep trends that liberals saw as bringing the end of history have in many instances fueled the rise of nationalism,” Snyder writes. “End of history”, as Snyder explains in his book, was a phrase coined in the wake of democratization of formerly authoritarian countries in Latin America, southern and eastern Europe. These were states that adopted free market systems and became interdependent on other global economies However, they showed signs of being stuck in the past, as if some internal forces were holding them back from within.

Therefore, contrary to being a remnant of the past, nationalistic beliefs and ethnic conflicts still defined national ideology for democratizing countries. “End of history” became an inapplicable phrase when it became evident that democratization was not an end in itself but a start of a challenging transition process. Snyder also argues that blaming these conflicts on historical struggles between battling groups is an easy escape for Western politicians not willing to be dragged into undignified struggles. The end of authoritarianism and the rise of democracy, argues Snyder, is a delicate process and if not handled properly, can bring nationalistic players to the scene. These players exploit a country’s “painful adjustments” to a market economy and to international interdependence to promise protections or distribute a “shrinking economic pie along ethnic lines.”

“The end of the authoritarian Soviet empire spurred the aspiring leaders of many its intermingled nations to establish their own national states, whose conflicting claims to sovereignty and territory often gave rise to disputes,” Snyder cites as an example in his book.

People believe ethnic conflicts have been a part of Burma’s history for a very long time and the current events are just a continuation of those struggles. This is why Myanmar is a perfect testing ground for Snyder’s argument. Myanmar came up short on several fronts when it transitioned to democracy which left potholes open for nationalistic players to exploit. These gaps were a direct result of the power Burmese military had consolidated for decades after independence from Britian in 1948 and ruling it from 1962 to 2011. Zoltan Barany, senior associate at the Burke Chair in Strategy called the Burmese military “the most influential political player since the country’s independence.”

“It makes an enormous difference whether a repressive authoritarian regime is in power for seven years (say, the Colonels’ Greece [1967-1974]), sixteen years (Pinochet’s Chile [1973-1990]) or fifty years, as in Burma,” Barany said. “In Myanmar, entire generations of people had known nothing but military rule. This prolonged reign permitted the Tadmadaw exceptionally deep penetration of society, culture, and even religious life.”

Institutions were kept weak by isolating Burma from the outside world, drawing benefits from major neighboring countries like China and India while not becoming part of bigger alliances keeping Burma from adopting international trade laws that might have stabled the economy. Fundamentally, this strategy ensured that the military was always seen as essential for running the country by Burmese citizens. Furthermore, a shortfall of strong opposition leaders, explained in part by the brutal cost of standing up to the military, meant shortcomings in the system remained unaddressed. As a result, the weak structure of the government after Myanmar’s transition to democracy meant there were gaps for the military to fill and exert their power and control over institutions looking for strong leadership. The whole process, however, was not a spontaneous act where the military took advantage of a vulnerable situation and swooped in. Rather, the military took some deliberate actions to ensure the existing gaps remained there when the de facto leadership of Myanmar changed hands.

When the military was realizing its loss of public approval and was ready to embark on a new era of political liberalization, it wrote a constitution in 2008. This was before Aung San Suu Kyi was released from house arrest in 2010 and her National League for Democracy party won 43 of 44 contested seats. Doing this destined for doom her dominant political position in the long run. For example, according to the constitution the military was to hold 25 per cent of the legislative seats in the country’s parliament.

“Since the elections, Burmese military leaders have found ways to work together with State Counselor (and de facto government leader) Aung San Suu Kyi and her government,” Barany said in his article.

As a byproduct of the biased constitutional provisions, the military still commands a lot of power in key areas; power it regards as essential for the country’s well-being. It has control over three key ministries – defense, home affairs, and border and minority issues – and can prevent any amendments to the constitution to dislodge their grip. In addition, the military can legally declare martial law whenever it deems it necessary. These provisions intrinsically constrain the ability of the government to function independently and therefore guarantee the military’s control over the nation.

With the military still playing a central role in Burmese affairs, their role in ethnic struggles in the nation’s history cannot be ignored. Because it is the military’s ideology which eventually makes its way into various conversations and laws in the social and political circles. The military has always been the perpetrator of one violent conflict after another which is rooted in a dogmatic approach to national policy – an ethnic nationalism of sorts.

Ethnic strife in Myanmar dates back to 1958 when the military government of U Nu tried to make Buddhism a state religion outraging many minority groups. Groups like Karen, Kachin and Shan which represented the religions of Islam, Buddhism and Christianity formed their own armies and began revolts. In 1987, the military government declared martial law and started imprisoning demonstrators. Even Buddhist monks joined the struggle during the 8-8-88 demonstration, famous for being held on August 8, 1988, demanding an end to military rule. But the military did not flinch and kept its stronghold even after a landslide victory for the National League for Democracy during the 1990 elections, which in essence signaled a public desire to end the rule of military, by completely ignoring it. It is the shadow of this history, rooted in ethnic nationalism, that is now casting a shadow into current times.

The military claim that the majority of Rohingya are illegal immigrants. And every retaliatory attack done by the Rohingya Muslims is not only considered an attack on the state’s sovereignty but also a good enough reason to continue perpetrating “ethnic cleansing” to the point that it has reached astonishing proportions as seen today.

Which brings us back to Aung San Suu Kyi. Her condonement of the abysmal actions taken against Rohingya Muslims can be explained by the strength of the military. Regardless of her own prejudices against the ethnic group, it is important to consider that her words and actions are not entirely her own. Rather, they are influenced by a military that is pulling her strings and affecting her opinions. Given the institutional strength of the military and constitutional provisions permitting their direct interference under extreme (read: any) circumstances, it should be  clear why she decided to take a step back and allow the military to run the show. Decades of military rule has already inculcated strong ethnic beliefs in the public. Any opposition to their inhumane actions would damage her party’s prospects in the next elections and cede even more seats to military controlled parties. Suu Kyi considers remaining silent on this issue as a decent compromise for maintaining some measure of democratic control.

This compromise, however, has allowed the crisis to reach distressing levels. The number of Rohingya Muslim refugees now stands at a staggering 422,000 making it one of the worst refugee crisis in the history of the world. 120 new refugees escape into Bangladesh every week. Unparalleled in its volume and speed these statistics and the total indifference  by the Myanmar government are shocking to say the least.

In conclusion, what message can we extract from all the evidence presented that highlights the underlying reasons for the ethnic struggles facing Myanmar today? While in no way should Aung San Suu Kyi be allowed to get off the hook for the hypocrisy and complicity shown by her government in the human rights abuses done against Rohingya Muslims, it is important to realize that her actions are being driven by a force more sinister — a factor that continues to plague the country and infest its foundations with its bigoted beliefs. Myanmar took a huge step towards improving the lives of its people when it transitioned to democracy in 2015 but, in true democratic fashion, the results should have brought well being for all its people and not misery for a group it deems alien. Unfortunately, this cannot be achieved while the military keeps adding its self-serving ethnic nationalism into the political and social mix.