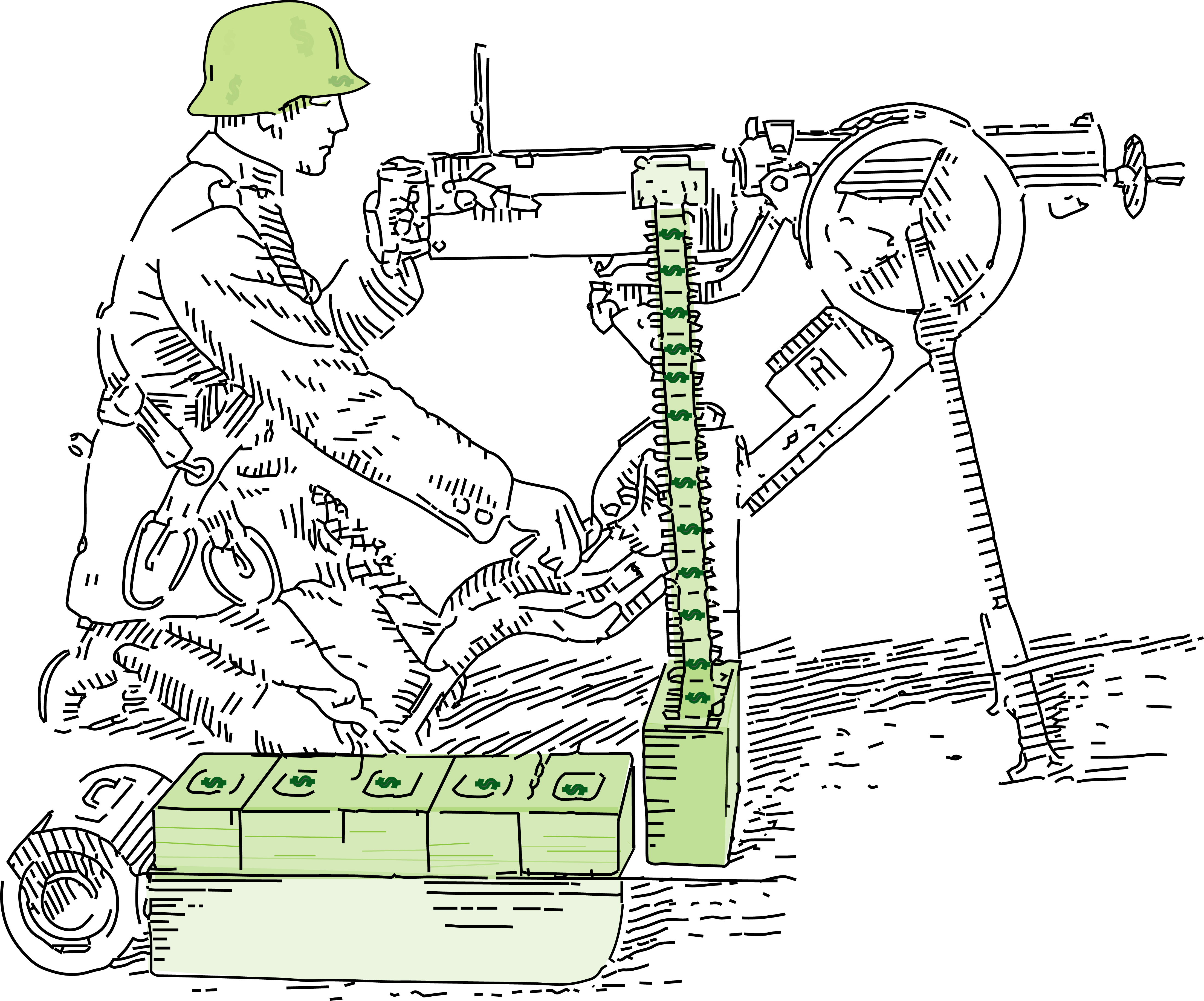 Soldiers of Fortune: the Rise of Private Military Companies and their Consequences on America’s Wars

War and conflict are synonymous with human history, and where there is conflict, there are often mercenaries who reap the profits. These “armies for hire” appeared as early as Ancient Egypt and Rome, with rulers deploying paid auxiliary forces to supplement imperial armies. In present-day America, mercenaries have consolidated into one of the strongest institutions in the United States: the corporation.

Mercenaries adapted to changing trends in statecraft and warfare by merging into corporate entities under the title of private military companies, or PMCs. America, the country with the strongest national military, is oddly the largest customer of PMCs. According to the Congressional Research Service, roughly 10% of America’s armed forces were privately contracted during WWII, but during the wars in Iraq and Afghanistan, the proportion has grown to a staggering 50%. This past July, the Trump administration confirmed America’s affinity for PMCs when the president’s advisers recruited Erik Prince, the founder of Blackwater Worldwide security firm, and Stephen Feinberg, owner of the military contractor DynCorp International, to draft alternative military strategies in the Middle East that rely primarily on private contractors.

The exponential growth of private military firms warrants careful historical and present-day inspection. PMCs emerged out of America’s dynamic military priorities and still deserve a place within America’s military operations, but the unchecked expansion of PMCs in recent decades has produced severe limitations upon America’s ability to resolve conflicts.

Rise of the Modern Mercenary

The United States military has utilized private military contractors in past conflicts to supplement America’s forces in war, but Peter W. Singer, author of “Corporate Warriors: the Rise of the Privatized Military Industry,” notes that PMCs have vastly expanded in size and function in recent decades as a result of three historical trends. First, the end of the Cold War sparked a worldwide decline in the number of troops needed by major superpowers. Second, the nature of warfare became much more chaotic and dynamic, with a range of violent regional conflict fueled by the availability of cheap and deadly arms, such as the wars in Rwanda and Kosovo. Third, many governments outsourced their responsibilities by means of privatization. Services previously provided by the public sector, including education, policing, and most importantly, warfare, were opened to the private sector in an effort to reduce costs through market competition.

These trends produced an explosion in the use and functions of PMCs, most notably during the U.S. military operations in Iraq and Afghanistan; since 2009, the ratio of contractors to U.S. troops in war zones has increased from 1 to 1 to roughly 3 to 1. And in 2015, the Pentagon distributed $274 billion to federal contractors,  an amount equal to 7% of all mandatory and discretionary federal spending.

Outsourcing military operations to PMCs do provide certain benefits, such as covering logistics and support for the U.S. military, reducing the number of U.S. casualties, and expanding America’s military capability to engage in multiple conflict areas. Simultaneously, the amount of resources spent on PMCs has produced mixed results in resolving America’s conflicts in the Middle East, as indicated by President Trump’s announcement for an additional 4,000 U.S. troops in Afghanistan and the instability of present-day Iraq. Several factors related to the expansion of PMCs hamper the U.S. military’s ability to resolve conflicts, specifically the reduced oversight of private soldiers, the loss of international credibility, and the profit motive of PMCs.

One of the most difficult challenges related to the use of PMCs is the issue of oversight and transparency. Issues of mismanagement can range from financial wastefulness to serious casualties. While military officers control the actions of military personnel and government civilians, their control over individual contractor personnel is less clear. Military personnel are subject to criminal punishment if they disobey an order, whereas the responsibilities of contractors are set in a fixed written contract.

Tangential to the problem of oversight is the lack of transparency related to the use of PMCs. PMC contracts are not subject to Freedom of Information Act requests to maintain the confidentiality of operations, but this practice essentially bans public access to important data, such as the number of contractor casualties. Without a clear chain of command in place or public, and with little accountability to the public, the current level of regulations placed upon PMCs disrupts the effectiveness of American operations and challenges the current standard of public trust in the U.S. military.

The lack of stronger oversight is directly linked to the second issue concerning the rise of PMCs: the risk of losing international credibility as a result of contractors turning into loose cannons. This issue was most notoriously exposed when a squadron of private Blackwater contractors killed 17 civilians at a Baghdad traffic circle in September of 2007, provoking an intense anti-American backlash across Iraq.

America’s reputation was further eroded by the Abu Ghraib torture scandal in which the majority of the interrogators were employees of CACI International, a private military firm contracted by the U.S. Department of Defense. Given the complexity and dangers of modern terrorist networks, sharing intelligence and resources is critical for successful counterterrorism operations. The United States’ heavy reliance on PMCs has hurt the country’s credibility and thus poses a threat to security partnerships between the U.S. and its allies.

The profit incentives of PMCs, as private entities, do not always align with the public good. Several firms, including Halliburton and Custer Battles, have been accused of war-profiteering and overcharging for services, undermining their purpose as cost-saving companies. The growth of the PMC industry also reduces the overall strength of the traditional U.S. military as experienced soldiers are drawn to lucrative jobs within private security firms, with some firms offering former Army Green Berets and Navy Seals up to four times the U.S. military salary. The issue of the profit motive, in conjunction with the lack of oversight, unsettles America’s tradition of a civilian-controlled military and poaches talented soldiers from the the U.S. military.

America’s strategy of addressing a variety of conflicts around the globe has embedded PMCs deep within US military strategy. Given the rigorous demands of maintaining such a strategy, PMCs are still needed to support American forces abroad. However, America’s insatiable appetite for private security contractors cannot remain unchecked.

The dramatic rise in the use of PMCs has placed our military in an undesirable position of dependency upon these companies and hampers the military’s ability to resolve ongoing conflicts. Issues of oversight and war-profiteering must be resolved in order for PMCs to function appropriately and effectively alongside America’s military.