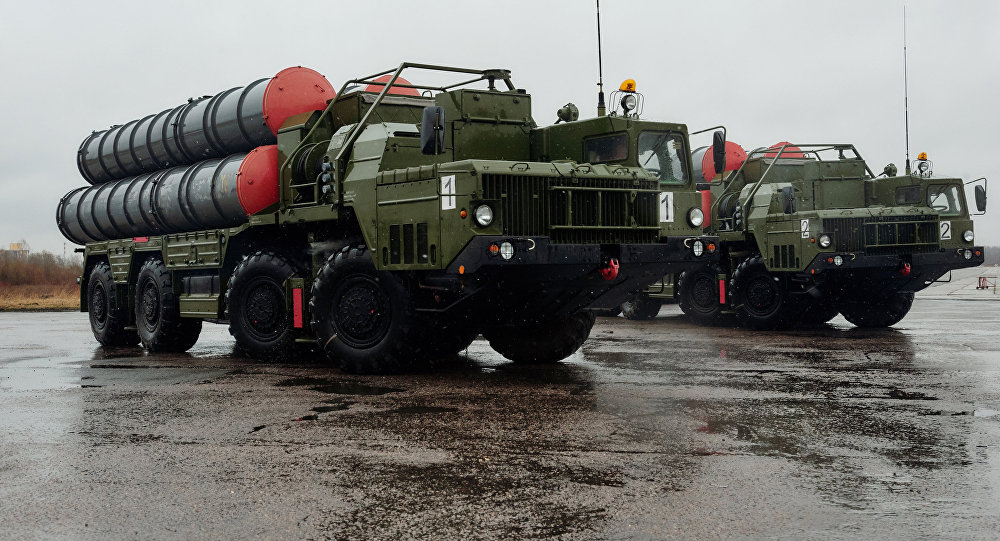 Still Stuck in the Cold War? Turkey, NATO, Russia, and the Art of Patronage

Russia announces new arms deals almost daily, and successfully completes them nearly as often. But the sale of Russian arms to a NATO member is a strikingly rare event. Last month, Turkey signed an agreement to purchase the S-400 Triumf surface-to-air missile system from Russia, following in the footsteps of Belarus, Algeria, and China, all of whom are longtime buyers of Russian equipment. Both the Turkish decision to seek the deal and the Russian decision to make the sale seem inscrutable, but only on the surface.

In public statements, Istanbul has emphasized that the purchase is vital to improve their air defense capabilities and thus their national security. From this perspective, they have made a fine choice. The S-400 is Russia’s newest air defense system, with potent capabilities against aircraft, cruise missiles, and ballistic missiles.  Each of the four batteries Turkey is purchasing is completely self-contained, obviating the need to supplement the new missile with any of their existing, highly outdated air defense equipment. The deal also includes a provision for technology transfer, under which Turkey will import half of the order from Russia and produce the other half domestically. Given the country’s recent turn towards domestic arms manufacturing, this will provide invaluable experience.

Turkey’s true reasons to pursue this agreement, however, are more complex. It would not be left vulnerable without the S-400. Its air force is much larger than Iraq’s, its relations with Iran are relatively smooth, and while its relationship with Greece is tense, both countries are NATO members. Indeed, the only recent threat from the air has been the violation of Turkish airspace near the Syrian border, ironically by Russian planes. These incursions culminated in the shootdown of a Russian Su-24 in 2015. Turkey has also shot down three Syrian government aircraft for airspace violations. Russia and its close ally Syria have been more respectful of the border since 2015, but the decision to purchase Russian equipment remains highly unusual. There is also a major concern about stray missiles from within Syria landing inside Turkish borders, but Spain, Italy, and the Netherlands have all deployed air and missile defenses along the border.  Germany and the United States formerly had missiles deployed as well, but chose to remove them in 2015. That decision spurred Turkey to improve its air defenses; it had announced, in July, that it planned to purchase the French SAMP/T air defense system for its future needs. The decision to acquire the S-400 instead would not be inexplicable, even if there were no political motivations; officials in charge of military procurement, in Turkey as elsewhere, are reliably fickle and often change their plans on short notice. But the recent and highly publicized spats between Erdogan and German officials, and the EU’s punitive measures in response, are the underlying reason for the decision to buy Russian. With this move, Turkey is retaliating against the EU’s limitations on arms exports, demonstrating that it is not dependent on NATO for its defense needs. The purchase fits into an ever-lengthening series of rebuffs towards the West, which reached a new level recently with the suspension of most visa services between the United States and Turkey, and show no signs of abating.

Russia’s reasoning for the sale is similarly complex. The Russian government continues to be heavily reliant on arms sales for its income, but there is usually no shortage of customers, and the decision to export to NATO gives off a faint scent of desperation. Russia must also face the possibility that some of the S-400 systems will be whisked away to a base in the Nevada desert at some point, or at least very closely examined by NATO intelligence personnel. The United States “acquired” a great deal of Russian equipment from former Warsaw Pact countries after 1989, and even if the sales agreement prohibits this, it will be nearly unenforceable if relations between Turkey and NATO return to normal. Ultimately, the only way the sale makes sense from the Russian perspective is if Russia does not expect Turkey to remain a close NATO ally for long.  Thus, the arms deal is likely an attempt to pry Turkey further away from its close relationship with NATO, building on a series of diplomatic moves including personal negotiations between Erdogan and Vladimir Putin.

If the Turkish leadership really intends to reciprocate these overtures, it is likely headed for disappointment.  Russia is simply not the patron state that it once was, and has relatively little to offer; besides the situation in Syria, there are few issues of mutual interest. In contrast, there are substantial grounds for cooperation with the EU, even with the current animosity between Erdogan and Germany. Turkey’s trade with the EU far outstrips that with Russia and Russia generally lacks regional influence in the Middle East. Moreover, Russia will likely prioritize its relations with Syria over those with Turkey, and has not shown the inclination to resolve the two countries’ border disputes. If Turkey falls in line with Russia, it may find itself stuck with an impotent and reluctant new partner, as well as a set of very alienated former allies.

But it is far more likely that Turkey is playing both sides. Erdogan surely has not forgotten the past tensions with Russia, and the continuing disagreements going forward: the future of Syria and Russian access to the Black Sea, principally. Russia seems confident that Turkey’s split with the EU will naturally make it more receptive to diplomatic overtures from Moscow, but that is far from guaranteed. Russian influence in Turkey does not necessarily trade off with EU influence; as long as the major EU states see Turkey as a potentially valuable partner, they are unlikely to totally abandon it simply on account of its association with Russia. Turkey can thus extract concessions and favorable treatment from Russia in exchange for Russia’s perception of increased influence, and return to the EU fold whenever convenient or whenever the EU offers it greater concessions.

All told, the S-400 sale makes perfect sense considering the broader interests of both parties. Turkey can show its determination to act independently of NATO, and Russia can work towards its ambitions of regional hegemony in the Middle East. But with Turkey’s deep economic ties to the European Union, Russia’s strategic weakness, and the continuing grounds for contention between the new partners, the relationship will not remain beneficial to both sides for long.

Turkey seems to realize this fact. Russia will ignore it at its peril.