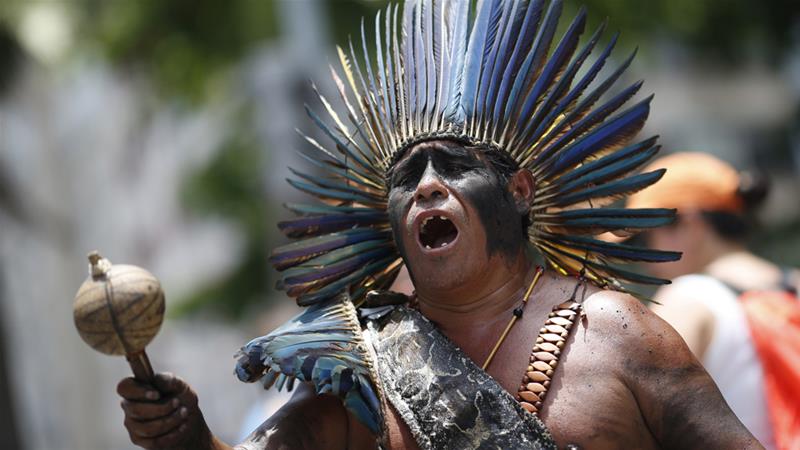 Blood for Trees: The Plight of Uncontacted Tribes in Brazil

Last month, around the Jandiatuba river in the Amazonas region of Western Brazil, a small cohort of illegal gold miners happened upon a group of indigenous people, members of one of many uncontacted tribes throughout Brazil. Reports state that these miners murdered between ten to twenty people, including women and children. This massacre would have gone unnoticed by outsiders had two of these miners not been overheard boasting about the murders at a bar a month after they took place. The two have been arrested for their actions and the government has since launched an investigation into the alleged claims.

This incident is not an isolated one; the murders speak volumes about the government’s generally tepid, economically-oriented attitude when responding to environmental and indigenous injustice. This attitude, resulting from years of economic recession in Brazil, is indicative of its lack of respect for protected areas and people.

The indigenous people of Brazil are no strangers to abuse; spanning from the violence accompanying the initial colonization of the territory by the Portuguese in the 16th century to the ethnic cleansing practices of the 20th century, these groups have suffered relentless persecution. Even the eventual implementation of legislation in the 1988 Brazil Constitution designating boundaries for and protecting the rights of indigenous territories struggled to significantly curb such atrocities, as its inception coincided with an uptick in the mining and logging activity in the Amazon rainforest.

These illegal mining and logging groups have seen a period of unchecked and unprecedented growth under the presidency of the widely unpopular Michel Temer, who is currently under a separate investigation himself amid numerous claims of bribery. Temer’s legal actions (or rather, the lack thereof) regarding the protection of the environment and indigenous rights are responsible for the gradual transformation of the Brazilian government’s attitude towards such arenas to one of thinly-veiled apathy. Despite the establishment of the National Indian Foundation (also known as FUNAI) in Brazil in 1967, the Brazilian government now exhibits little more than indifferent laxity in enforcing protective policies for indigenous peoples, as funding for FUNAI underwent a crippling 44 percent cut earlier this year under Temer’s administration. This cut has consequently led to a lack of surveillance against crime in protected areas, as previously established monitoring posts are now either closed down or barely in operation without sufficient financial support. The lack of protections for an already-weak FUNAI presence in indigenous Brazil has allowed for the growth in illegal resource-exploitation such as mining and logging, both of which Temer has publicly advocated support for despite constant criticism from advocacy groups that disapprove of his bias toward agricultural and mining interests. Temer has not only been accused of overlooking crimes against legally protected regions but also signed and proposed numerous pieces of legislation in outright opposition to the protection policies themselves, repeatedly making efforts to lift restrictions on industrial activity in indigenous lands. Recently, he signed a decree to open up a large section of the Amazon rainforest for mining, which was later swiftly blocked by a court order in response to the outrage from environmental groups.

Temer’s government has failed to approach the topic of indigenous protection with the respect and seriousness it deserves, giving criminals free rein to commit massacres similar to that of last month, which in turn rarely get noticed due to a lack of access to the proper avenues for (and to a larger extent, the fear of) reporting such crimes. Only a small fraction of these cases manage to gain public attention despite the fact that they constitute acts of genocide.

Over time, Temer’s inaction in the face of human rights violations has exacerbated the pre-existing trend of placing indigenous people at the bottom of the public agenda. Governments tend to subtly dictate the nature of their public’s outlooks, and Brazil is no exception. Despite a general sentiment of disapproval towards Temer’s history in office, the president’s economically beneficial policies have managed to capitalize on the public’s recession-induced fear, nudging the center of public attitude vis-à-vis indigenous rights towards one of increased detachment from their defense. As bribery and support from the actors in the mining and logging industries feed the power of Temer’s administration, which in turn funnels this power (in the form of protection from the law) back to the growth of the industry, indigenous rights fade into the periphery of the public’s priority. Save for the voices of a few activist groups, dissent from Temer’s decision to cut funding for FUNAI in favor of promoting economic growth in other areas was predominantly weak and ineffectual. Additionally, as the mass murders of these populations (and the subsequent relative tolerance of them) contribute to the loss of cultural and ethnic diversity within Brazil and the continent as a whole, people slowly forget the significance of this diversity to society, and ambivalence prevails over humanitarianism.

Michel Temer and his administration cannot be held solely accounting for these behaviors. The injustices against the indigenous population in Brazil are symptoms (and simultaneously drivers) of a far more pervasive illness plaguing Brazil’s belief that those who initially inhabited the land are somehow less deserving of life and property. While subsequent cases of indigenous murder will continue to be handled on a case-by-case basis, ensuring the continued survival of what is left of indigenous populations in Brazil rests upon the erosion of the standing ideological divide between the Brazilian people and the indigenous populations its government is responsible for protecting.