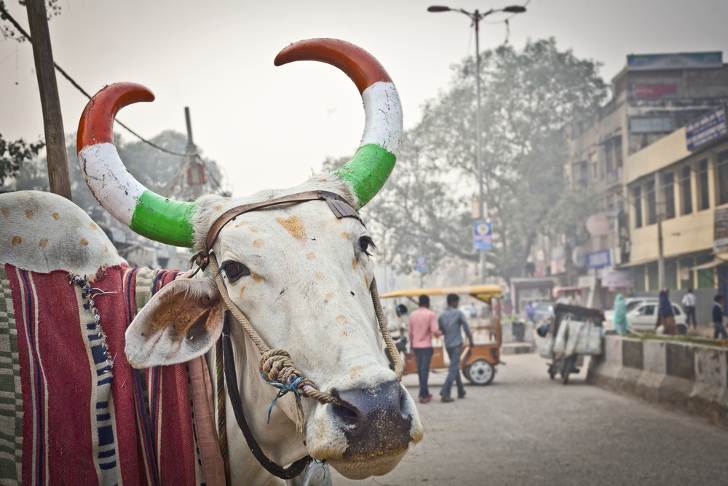 The Beef Ban: A Symbol of Hindutva and a Threat to Indian Democracy

Contrary to what one might imagine associated with no-meat and no-beef movements in the West, such as animal rights and veganism, the connotations of restrictions on cow slaughter in India are very different. Instead, the news conjures up images of murder and lynchings, of executions without trial for a crime that isn’t legally penalized.

Cow slaughter bans in India are no matter of animal rights when the country boasts limited animal shelters and the largest stray dog population in the world. These bans do not even represent a somehow rationalized argument for protecting only cows in a nation when they are abandoned if not slaughtered once they are no longer able to produce milk. Instead, they are a tool of Hindutva, imposing the BJP’s and its elite upper-caste Hindu base’s principle on a diverse nation and thus strengthening the centre’s party while undermining India’s federalist democracy and its principles.

The majority of Indian states impose some sort of restrictions upon cow slaughter and beef consumption, with a large number banning cow slaughter altogether.

After the spring victory of the BJP in Uttar Pradesh, one such state where cow slaughter and beef consumption are prohibited, newly elected chief minister Yogi Adityanath has had several slaughterhouses shut down, citing them as illegally practicing cow slaughter. This has affected both Muslim and OBC and SC run slaughterhouses and businesses, who claim their innocence and further allege that they’ve been told things like “stop cooking meat” since the BJP assumed power. They have been hit hard under the scrutiny, as biryani and kebab shops sit empty and slaughterhouses get shuttered.

But — even if the slaughterhouses that’ve been operating for years did indeed break the rules and slaughter cows or serve beef — what is the justification to take away their livelihood? What is the purpose of the beef ban?

Just last year, the amended Prevention of Cruelty to Animals Act sparked controversy in Kerala. This growing trend of identifying, scapegoating, and punishing those who are only alleged to have eaten beef or slaughtered cows is not restricted by state boundaries, or by time.

The Basis for Cow Slaughter Restrictions

Even Mohandas Gandhi asked Muslims to stop slaughtering cows to strengthen Hindu-Muslim unity in the face of British occupation. But Gandhi, a strict vegetarian by principle, as well as other Hindu leaders, could never impose dietary restrictions upon the entire Indian citizenry if they were to institute the secular democracy the Constituent Assembly sought to solidify.

Nevertheless, individual Indian states passed several restrictions on slaughter and consumption over time. Still, no national law has ever specifically restricted beef consumption, although the 2016 Act raised concerns. Article 48 of the Constitution comes closest otherwise, stopping well short of a ban while prioritizing animal husbandry and “breed improvement” as well as distinguishing between milch cattle and other kinds.

This emphasizes how the state has always been forced to recognize that it is simply impractical to completely outlaw cow slaughter. Cows live on average eight years past their milk-producing age. It would cost farmers exorbitantly to feed and upkeep cows until they die of natural causes. More pointedly, India is the second biggest producer of beef in the world and the biggest exporter of buffalo meat.

Furthermore, there is a large demand for beef consumption. Although it’s certainly eaten by non-Hindus, especially due to its relative cheapness, it is also consumed by 12.5 million Hindus, 91% of which are OBCs and SCs. Cow slaughter bans and restrictions directly affect the dietary norms of these often disadvantaged communities. It is Dalit and Muslim Indians who mostly serve in the beef industry as well as related industries like leather, and it is they who are most financially hit by these restrictions.

This also strikes at the heart of justification of cow slaughter restrictions and bans under Hindu ideology. Not only do many Hindus not feel ‘offended’ by their non-Hindu neighbors eating it, they eat it themselves and have even found justification for it in Hindu scripture, as noted by Member of Parliament Shashi Tharoor. This all serves to suggest the basis for cow slaughter restrictions and bans is privileged outrage by upper-caste elite Hindus and tenuous at best.

Even as the impossibility and impracticality of a national ban on cow slaughter is evident, the current cow protection rhetoric and restrictions — as strengthened under BJP and Hindutva leadership — has had drastic and devastating consequences that threaten Indian federalism, individual rights, and minority rights.

Amit Shah, president of the BJP, has said, “Wherever there is a BJP government, there is a ban on beef.” Yogi Adityanath and his actions, as well as those of other BJP leaders and similarly minded elites, not only prove Shah right but take it to a further extreme: there was already a ban on beef in certain states, but now the slightest suspicion against Muslims and SC people who even consume meat could result in them losing their sources of livelihood – if not their lives.

In September 2015, a Muslim man was killed on the mere suspicion of eating beef. In July 2016, four Dalit men who were engaged in the historically Dalit job of skinning dead cows for leather were stripped and beaten for hours as civilians and police looked on, spurring multiple Dalit suicide attempts in protest.

Prime Minister Modi recently went on record condemning these attacks by cow protection vigilantes. Brown University Professor Ashutosh Varshney describes this move as motivated not by humanitarian compassion but by the possibility of the BJP losing SC constituents as well as a split in Hindu unity.

In fact, this there is a much broader issue at stake: that of Indian unity. India cannot expect inter-community harmony nor can it hold true to the vision of itself described in the Constitution — enshrining secularism and protecting religious, and caste, minorities — if it allows its own leaders and police to look the other way and thus validate violence against minorities in the name of a dubious Hindu principle.