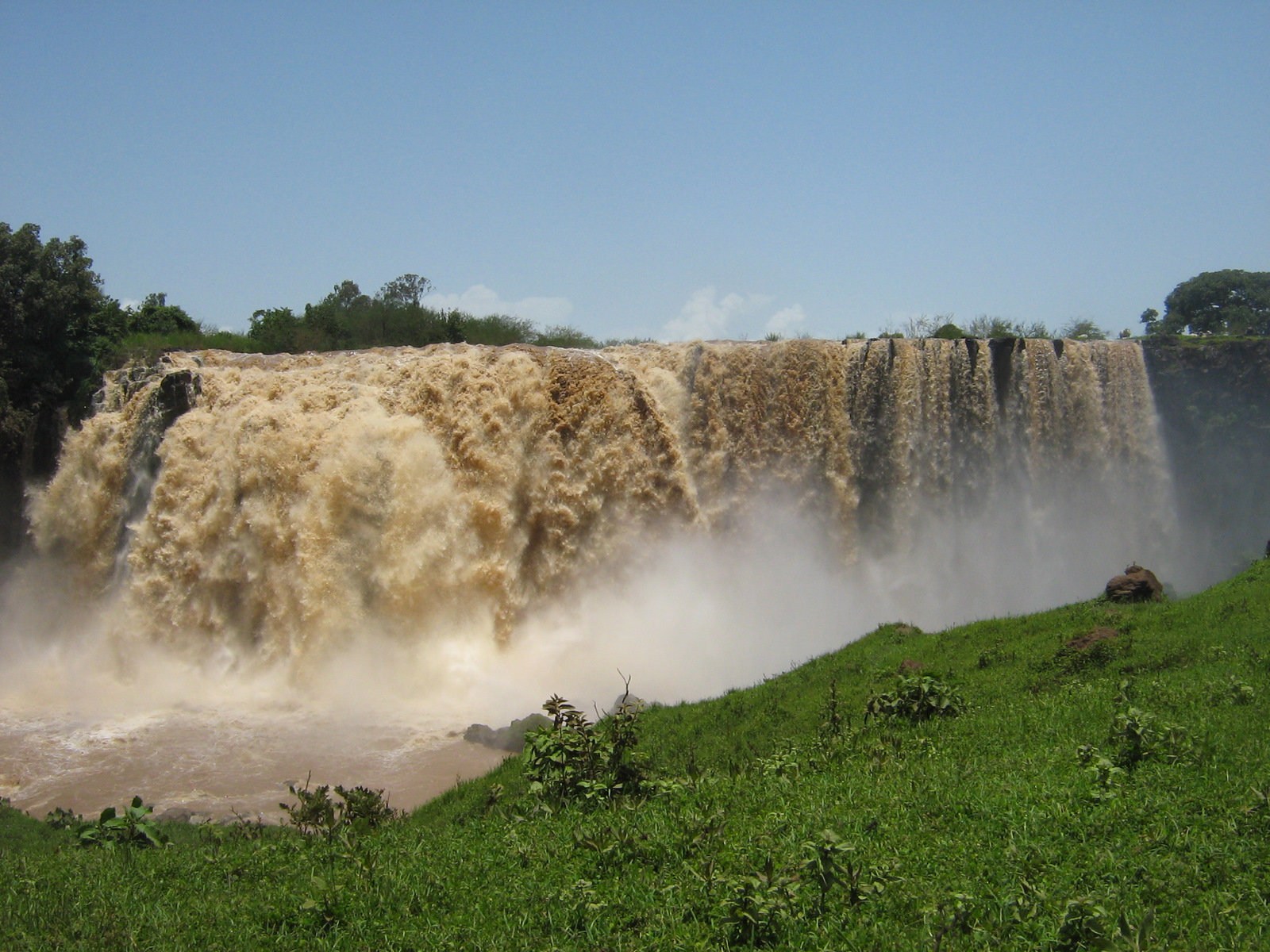 Tension is brewing on the Nile. Ethiopia is building a massive dam on the Blue Nile with the swaggering name of “Grand Ethiopian Renaissance Dam.” Once completed, it will be the largest dam in Africa. Egypt and Sudan are the two downstream countries that could be the most affected by the dam, and they couldn’t be handling the situation more differently from each other. Sudan has few qualms with the construction of the dam. Egypt, on the other hand, has been quite vocal in expressing worries about the dam threatening its water supply. However, for Egypt, the issue of the dam is really more about nationalism than it is about energy or water.

Ethiopia has good reason for wanting to expand its sources of hydroelectric power. The mountainous East African nation has many powerful, untapped waterways. The Grand Ethiopian Renaissance Dam would create 12,000 jobs and produce 6,000 megawatts of electricity, doubling the country’s electricity output and effectively making Ethiopia into Africa’s powerhouse.

Currently, only one quarter of Ethiopians have access to electricity. Those without electricity generally burn biomass for fuel, creating erosion and deforestation. The dam would stop this damage to the environment and human health by providing these Ethiopians with electricity, as well as helping to preserve water in areas where the water supply is currently under threat from erosion.

The only population in Ethiopia that would be negatively affected by the dam is a small group of cattle farmers from various ethnic minorities who would have to be resettled. As such, from the perspective of the Ethiopian government, the total net benefits of the dam to Ethiopia clearly outweigh the harms.

Sudan is more or less on board with the dam’s construction. Originally, the Sudanese government was concerned about potential negative environmental repercussions of the dam, but has since decided to accept the results of a 2013 study finding that the dam would negatively affect neither Sudan nor Egypt.

Egypt, on the other hand, has been quite resistant to the notion of an Ethiopian dam on the Nile, despite the fact that it faces essentially the same, very minimal risks that Sudan faces. The reasons behind Egyptian intransigence have historical roots, exacerbated in recent years by the al-Sisi government. In 1929, Egypt (at this time still occupied by Britain even though it was nominally independent) signed an agreement granting it a disproportionately large share of the Nile’s water.

This unequal agreement remained in effect even after the 1952 Egyptian Revolution in which the British occupation was ended. In 1957, Ethiopia made a provocative move when it declared to Egypt that it had a right to the full usage of the stretch of the Nile within its own territory. Tensions escalated further in 1980, when then-President of Egypt Anwar Sadat said, “If Ethiopia takes any action to block our right to the Nile waters, there will be no alternative for us but to use force. Tampering with the rights of a nation to water is tampering with its life and a decision to go to war on this score is indisputable in the international community.”

In 2013, the same year as the military coup that overthrew Morsi and eventually allowed al-Sisi to take power, several Egyptian politicians suggested that Egypt take military action to prevent Ethiopia from constructing the dam. Morsi had been popularly elected, and the Egyptian populace was still deeply divided in their opinions about his ousting. It was for this reason that al-Sisi saw nationalism as the best tool to gain popular support for his new government. This explains why Egypt briefly left negotiations over the dam in 2014, as al-Sisi did not want to appear as if he was letting Egypt be pushed around by its upstream rival.

In 2015, al-Sisi once again made it clear that he was looking out for Egyptian interests above all else, stating: “The Renaissance Dam project represents a source of development for the millions of Ethiopia’s citizens through producing green and sustainable energy, but for their brothers living on the banks of the Nile in Egypt, and who approximately equal them in numbers, it represents a source of concern and worry. This is because the Nile is their only source of water, in fact their source of life.” Al-Sisi’s statement implies that the dam threatens the water supply of downstream countries, ignoring the studies to the contrary that Sudan has accepted. Additionally, the Egyptian government has attempted to pressure the dam’s international financiers to withhold funding, demonstrating al-Sisi’s willpower for a nationalistic posturing that goes beyond mere words.

The other two significant countries in the area, South Sudan and Somalia, are largely indifferent to the construction of the dam, as they do not have territory on the Blue Nile. Nevertheless, Ethiopia is trying to gain political support for the dam from these countries in an attempt to further demonstrate the untenable nature of Egypt’s position. In fact, there is some reason to suspect that Ethiopia played a role in the corruption in the 2017 Somali election in order to elect pro-dam politicians.

Al-Sisi’s nationalistic stance against the dam almost certainly foreshadows future nationalism in which Egypt goes its own way instead of cooperating with nearby sub-Saharan countries. These may be the early years of an “Egypt First” long-game by al-Sisi. At the same time, it is clear to both Ethiopia and Sudan that the dam would be beneficial to Africa as a whole, and that Egypt’s resistance is just about saving face.