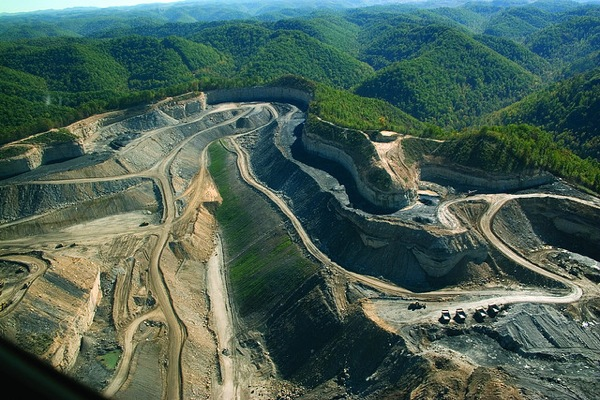 The Demise of the American Coal Industry

Hidden within the the Appalachian Mountains is a deeply American problem. Dotting the Appalachians are coal mines, and around these mines, coal towns. However, as global energy dependence has shifted away from coal and towards clean energy, the lifeblood of the traditional energy industry was siphoned away, leaving corpses of an industry that once was, and the people connected to that industry struggling to regain their footing.

Such was true until President Trump’s election. President Trump has continually associated Obama’s neglect of the traditional energy industry with a lagging economic resurgence following the 20009 recession, and actively voiced his desire to cancel the Paris Climate Agreement. He actively advocated for the resurgence of the coal industry; in fact, he even went as far as to bill himself as “the last shot” for coal miners. In fact, since entering office, Trump has taken action–including passing an executive order to review Obama’s clean power plan and remove restrictions on coal mining.

But more important than the election of Donald Trump in revitalizing the coal industry was the appointment of Scott Pruitt as head of the Environmental Protection Agency.

Having forged a career in defense of the coal industry, Scott Pruitt was an astounding choice to be appointed head of the body that champions the environment. However, after President Donald Trump’s statement that the Environmental Protection Agency has an “anti-energy agenda” Pruitt’s appointment suddenly makes a lot of sense.

Hailing from Oklahoma, a state whose ties to coal and oil run so deep that former Governor Mary Fallin stated that “Oklahoma’s rich heritage [had] been built on traditional energy,” Pruitt actively fought environmental regulations while Attorney General, and actively denies climate change, stating that he does not “believe that carbon dioxide is a primary contributor to the global warming that we see.” Pruitt also has a history of being overly hostile towards the administrative body he now heads, all in an effort to to revitalize the traditional energy industry. Working closely with the oil and coal lobbies, Pruitt’s intentions for the environment are dubious at best. Sierra Club President Michael Brune went as far as to state that“Scott Pruitt as administrator of the EPA likely means a full-scale assault on the protections that Americans have enjoyed for clean air, clean water and a healthy climate.”

In spite of Trump and Pruitt forming an anti-environmentalist dream team, attempting to revive dying fossil fuel industries in the United States is easier said than done. With international climate agreements heavily weighted against domestic workers in place, Trump and Pruitt face a grueling uphill battle.

With agreements such as the United Nations Framework Convention on Climate Change binding countries around the world to certain environmental standards, even fossil fuel powerhouses like China are reducing their dependence on energy sources like coal. In fact, China, a nation once responsible for over 80% of global coal usage, is set to become a net exporter of coal. Analysis of coal usage around the world echoes this trend–though some countries, such as India, have experienced a slight uptick in coal consumption, by and large, coal consumption is dropping drastically around the world. Agreements reached in Paris explicitly called for reduced coal industrial growth trajectories, is causing an accelerated collapse of the global coal industry.

Domestically reviving the coal industry is simply life support for a dying sector of the economy–the dwindling dependence on fossil fuels is a result of a global shift of the energy industry. The market value of the four biggest coal companies in the country, upward of $35 billion in 2010, has plunged 99% with some of the biggest players in the industry declaring bankruptcy. Coal kings, like China, have implemented policies limiting the output of coal-fired plants to 1,100 GW, and have limited coal emissions to just over 50%. As the industry continues to decline, it becomes less and less profitable for investors to pump money into the coal industry. At the end of the day, if it is no longer economically beneficial to produce coal and other fossil fuels, the United States will have no other option than abandoning such a venture and following the guidance of their more energy-conscious global counterparts. As Obama was seen as a strong advocate for clean energy policies, going as far as stating that the Paris Climate Talks give “us the best possible shot to save the one planet we’ve got,” the United States risks making a farce of a rich, long-standing, respectful democratic transition of power if President Trump and his administration fail to abide by promises made by a prior administration.

The notion of exchanging blood for oil and freedom for coal is quickly becoming archaic. As the global energy agenda shifts away from fossil fuels, and towards a sustainable one, efforts to reverse this trend with a dying industry are nothing but futile.