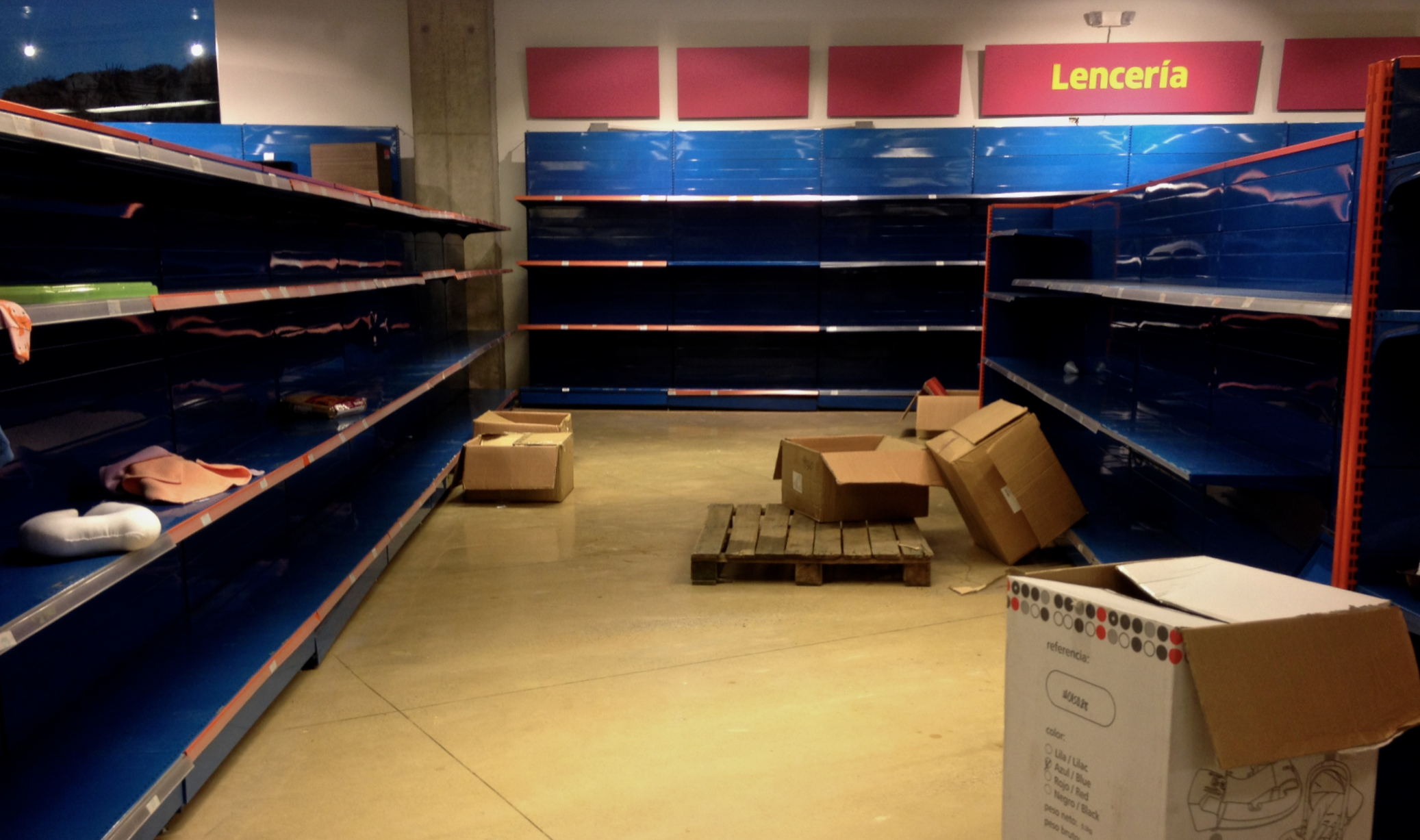 The Recession of the Pink Tide

Lenin Moreno’s April victory in the Ecuadorian presidential election must have brought sighs of relief to socialists across the continent, who have been buffeted by scandals and electoral defeats in recent years. Still, it was a close fight. Guillermo Lasso, the conservative candidate and a former banker, was able to win 49% of the vote in the presidential run-off, much more than he won in 2013 when he ran against outgoing president Rafael Correa. A two percent margin of victory is probably not what most socialists had in mind, especially with victories of 10, 20, and even 30 percentage points in recent memory. But long gone are the sweeping electoral victories that the socialists so often enjoyed in the last 15 years. In Ecuador, as elsewhere, socialist governments have been beset by declining economic fortunes and rising party fatigue, and their results with the voters show it.

The Pink Tide that once brought socialists into control of over three quarters of the population of the continent has now begun to recede, as conservatives once again take the reins of power as in Brazil and Argentina. Not all socialists have been brought low. Some, like Moreno, have experienced recent electoral victories. Others, like Nicolas Maduro in Venezuela, have relied on increasingly undemocratic means to ensure the survival of their socialist regimes. But even where socialism remains in power, it does so as a shadow of its former self. Moreno’s victory was narrow by almost any standard and the regime’s prospects in Venezuela are declining fast. Latin Americans, just 15 years after turning to the Left, have now shifted back to the Right.

The reason is primarily economic. Fifteen years ago, conditions were propitious for the radical programs of public spending and wealth redistribution advocated by left-wing parties. Today, however, these programs have failed to produce long-lasting growth and have become fiscally unsustainable.

The Pink Tide arose after nearly two decades of slow growth across the entire region, as Latin American countries experienced the 1980s debt crisis and the resulting economic fallout. GDP growth across the region averaged a measly 2.0% in the 1980s and only improved to 2.7% in the 1990s, even as countries adopted the Washington Consensus of freer trade, reduced economic statism, and balanced budgets. And as growth lagged, inequality rose. Latin America’s gini coefficient, which reflects the amount of inequality in the region, rose from 50 in 1980 to 53.5 in 2002, as Latin America solidified its position as global leader in inequality (yes, even Africa is more equal).

It was in these poor economic conditions that left-wing parties, no longer under the shadow of Soviet communism, offered voters another path to growth. Partially, but not entirely, rejecting neoliberalism, Latin American socialists campaigned on higher public spending, greater economic statism, and increased wealth redistribution. Needless to say, these populist proposals fared well at the ballot box.

Hugo Chavez of Venezuela was the first Pink Tide president to get elected on this populist economic platform, and he set to work almost right away (he spent his inital time in office passing a new constitution). Starting in 2003, Chavez instituted a series of radical new programs, called “Bolivarian Missions,” which aimed to improve economic welfare and social justice through  increased consumer subsidies, greater indigenous rights, heightened anti-poverty efforts, and better education. One such program, Mission Barrio Adentro, created a universal healthcare system for Venezuela that was lauded by UNICEF as a “model of universal primary health care”. Another, Mission Robinson, aimed to reduce illiteracy among adults, and its purported success led the government to declare Venezuela “illiteracy free” in 2005.

Other Pink Tide countries also pursued their own versions of the Missions. In Brazil, President Lula established extensive conditional cash transfer programs (CCTs), which provide welfare to recipients on the condition that they perform some action. The most famous of these is Bolsa Familia, which was launched in 2003 to provide assistance to poor families conditional on families vaccinating their children and sending them to school. Bolsa Familia was, and remains, a highly popular program, even winning over economists at the World Bank. Argentina, under President Néstor Kirchner, rejected a structural adjustment plan in favor of increased public spending and greater welfare benefits, even though it had just restructured its foreign debt, which remained in excess. Subsidies increased and unemployment benefits rose while public sector pensions and investment in infrastructure increased substantially. Similar programs dominated in other countries such as Chile, Bolivia, Ecuador, Uruguay, Nicaragua, Honduras, and others as Pink Tide governments rose to power.

Across the continent, public spending rose enormously, and for a while, it looked like it worked. After 2002, poverty was on the decline, inequality was decreasing, and growth was higher than ever (GDP growth averaged 4.0% from 2003-2012). Yet it goes against conventional economic wisdom and, indeed, hindsight, to attribute these positive trends to increased economic statism. 2002, the year of the positive economic reversal, predates the elections of all Pink Tide governments except for Chavez in Venezuela, who only began his Missions in 2003. The left-ward shift had yet to happen, but what had already started was the 2000s global commodities boom, which jumpstarted Latin American economies reliant on oil, minerals, and agricultural products. Rather than public spending financing growth, it was growth that was financing public spending, often in unsustainable ways. The financial crisis of 2008 pointed to the dangers of reliance on natural resource rents, but commodities prices eventually recovered and Pink Tide governments continued to finance immense public spending, ignoring the blaring warning signals and sealing their own electoral demise.

In 2014, the commodities boom finally came to an end. So too did many Pink Tide governments. Venezuela provides the clearest example. Venezuela is one of the founding members of the Organization of Petroleum Exporting Countries (OPEC), a group containing oil giants such as Iran and Saudi Arabia. Oil and natural gas account for 25% of Venezuelan GDP, and 95% of total export revenues. When oil prices were high, as they were during the commodities boom, Venezuela could afford to finance its immense social welfare programs. But when oil prices suddenly decreased in 2014, the government simply ran out of money to spend. Goods that were once subsidized disappeared from the shelves, resulting in black market for goods smuggled in from neighboring Columbia. Venezuelan hospitals, once lauded by international health organizations, ran out of basic medicines, while their Cuban doctors left for the United States for lack of pay. Political unrest has followed, and for the past three years, the Venezuelan government under Maduro has become increasingly authoritarian and undemocratic in the face of ever mounting public resistance. The question now is not whether the conservatives will regain power, but when.

The experience of Venezuela points to the problem of pork versus productivity commonly brought up in the social sciences. The 2002-2014 commodities boom created a huge windfall for many Latin American governments, who then had the choice to invest the extra revenues into patronage spending (pork) or growth (productivity). Unfortunately for Latin Americans, much of the wealth went into the first category, and not the second. Examples of pork initiatives might include increased public sector pensions (Argentina, Brazil) or subsidized consumer goods (Venezuela). These programs were immensely popular with their respective patronage groups, but did little to generate economic growth or diversification, and when the money ran out, governments lost their patrons. Obviously not every social program constituted pork. Initiatives to improve education, poverty, and health care (Bolsa Familia, for example) are essential to creating long-lasting growth. However, the money that went to these programs was miniscule in comparison to the money that went to pork. In 2014, the OECD reported that Brazil spent 15% of its GDP on social expenditures, two-thirds of which went towards public sector pensions. Indeed the report states, “Compared to public spending on pensions, spending on other social programmes, as for example, ‘Bolsa Familia’ which supports very low-income families with children, is relatively limited.”

Patronage spending dominates Latin American social programs, and when the resource rents financing pork ran out in 2014, so too did the goodwill they generated. Across Latin America, socialist governments received defeat after defeat. In 2015, Argentine voters rejected Cristina Kirchner’s hand-picked successor in favor of conservative Mauricio Macri. In 2016, Evo Morales of Bolivia failed to carry a referendum for a constitutional amendment that would have allowed him to run for a third term. Also in 2016, Brazilian President Dilma Rousseff of the leftist Workers’ Party was impeached on corruption charges, resulting in centre-right Michel Temer’s accession to office. In 2018 Michelle Bachelet of Chile will face reelection, but with approval ratings of only 24%, her chances seem slim. Returning to Ecuador, Moreno is succeeding a president with approval ratings in the low 30s and is inheriting an oil-dependent economy in the midst of a global oil glut. Unless conditions change, it seems unlikely that he will escape fate again in 2021.

The news is not all bad for the socialists, however. According to Alison Post, professor of Political Science at the University of California, Berkeley, the economy is a double-edged sword, and just as it cut down socialist governments, so too can it cut down conservative ones. Conservatives campaigned on the promise of increased growth and prosperity and were buoyed by the support of voters tired of socialist government and ready for a change. If the conservatives fail to deliver on their promises, the socialists can once again rise to power as the agents of change. And even if the conservatives do succeed, they cannot rule forever; as in any recession, bust is always followed by boom. But until then, all the Left can do is watch as the progress of the last 15 years is torn up, bit by bit, and piece by piece.