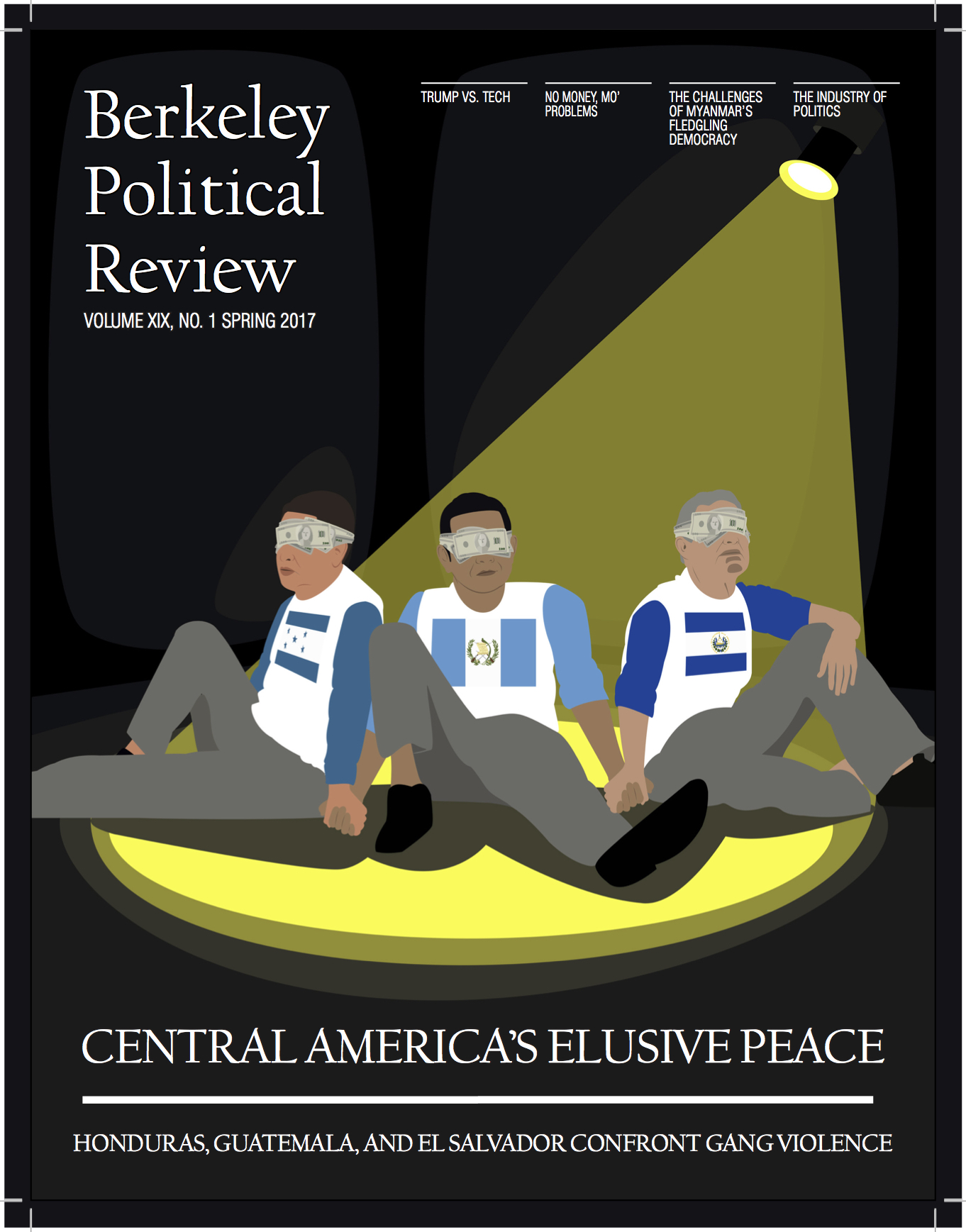 Spring 2017 Letter from the Editor

Since our last issue, this country has seen its newest and perhaps most divisive president, South Korea has historically impeached its leader, and France eagerly awaits its presidential fate. Around the world, democratic states are experiencing an unprecedented upheaval in leadership. And yet the domestic and transnational issues that these leaders face remain surprisingly persistent. Our cover issue from the World section discusses decades of gang violence in Central America’s “Northern Triangle,” and is joined by articles that discuss the influence of electoral outcomes on the fate of Kosovo, Somalia, and Pakistan. Our U.S. section explores the influence that the Trump presidency can have on Silicon Valley, the American military-industrial complex, and traditional manufacturing. The California section hits even closer to home, unraveling how Sacramento can tackle UC Berkeley tuition rates and a mounting affordable housing crisis.

Electing the right leadership can be the key to tackling such enormous global challenges. And yet if there is anything that the American election cycle, the historic global Women’s March, and recent political protests from Russia to South Korea have taught us, it is that individual citizens can and do influence political outcomes. That is why this issue also dives into deeper political trends that are shaped not by a country’s elected leaders, but its individual citizens. In the aftermath of the violence that erupted during Milo Yiannopoulos’s visit to the UC Berkeley campus, the Berkeley Political Review held its first bipartisan debate event, uniting Cal Democrat and Berkeley Republican members in an evening of intellectual discussion on how individual students can influence free speech in America. Our Opinion section further explores the influence of the individual citizen, with articles discussing the controversial Yiannopoulos visit, global corporate social responsibility, race relations in Alabama, and everything in between.

In many ways, democracy is experiencing its own reformation. Not only is the face of global leadership shifting, but individual citizens are more politically engaged than they have ever been. They understand that when properly informed, they can, and do, have the power to influence global outcomes. We thank you for choosing to remain informed, engaged, and empowered, and hope you enjoy the Spring 2017 edition of the Berkeley Political Review.