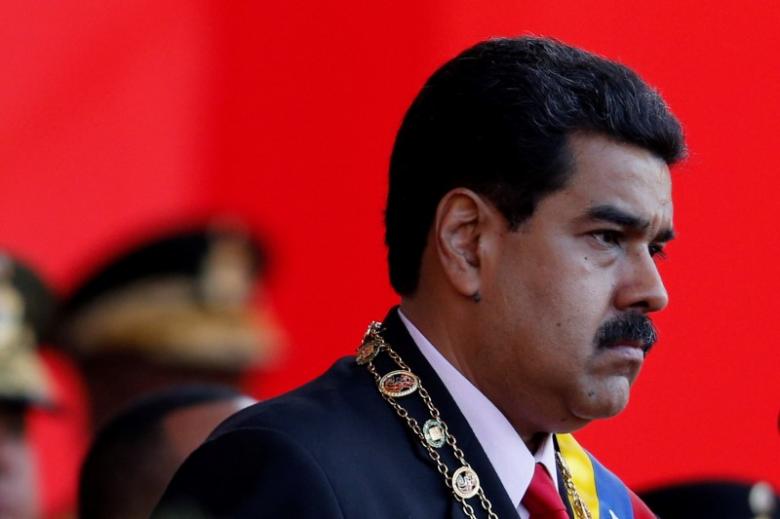 President Nicolás Maduro has faced sustained protests in the last few weeks because of both economic and political turmoil.

Venezuela has been embroiled in political and economic turmoil over the past year. This situation was heightened by a recent decision by the Venezuelan Supreme Court to effectively nullify the National Assembly and take on the legislative powers itself. The ruling was quickly rescinded after the Organization of American States (OAS) and members of Maduro’s own Socialist government, such as Attorney General Luisa Ortega, criticized it. After large protests occurred in the streets, President Nicolás Maduro himself was forced to ask the Court to reconsider the ruling in order “to maintain institutional stability.” Generally, the government dismisses protests as being backed by foreign powers in an attempt to destabilize Venezuela, but this time the criticism and protests were widespread enough to force some change.

The three branches of the Venezuelan system are designed to have checks and balances on each other like in the US. The Court, which is generally seen as packed with allies of President Maduro, may have tried to do away with one of the checks and balances because the opposition is in power in the legislature, which is under the banner of the Democratic Unity Roundtable. The decision also would have stripped legislators of their immunity, which led to fears of political arrests in a country where human rights watchdogs say there are over a hundred political prisoners. The part of the decision that was upheld allows the President to unilaterally negotiate deals on behalf of the state oil company, PDVSA.

These moves to consolidate power may also be in response to growing despair over Venezuela’s stuttering economy, which has made the current government very unpopular. The government does not release its own figures, but the International Monetary Fund estimated that the economy contracted by 10% in 2016. Inflation has been at all-time highs and continues to increase due to oil prices falling globally in 2014 that affected Venezuela’s car industry, and continuing corruption. The government has focused on paying off the country’s debt rather than importing foreign goods, which has led to shortages of food and other necessities as well as power losses. The dire economic conditions have led to their own protests and a record number of Venezuelans fleeing their own country for nearby countries such as the Dominican Republic. The Court’s decision sent Venezuelan bond prices even lower.

Maduro was Hugo Chavez’s handpicked successor after his death, which is why the administration’s ideology is still referred to as “Chavismo”. However, Maduro has failed to embody the promises of the charismatic Chavez due to the failing economy, which has led to a gap between the government and those who are feeling the effects of the economic turmoil on the ground. That officials from his own administration spoke out against the Court’s decision signals a fracture within the government, as did the large gains the opposition party made in the National Assembly in the 2015 elections, which may have prompted the Court’s decision. There has been pressure from the opposition party for Maduro to move up the 2018 presidential election given his increasing unpopularity; the OAS has called for an election timetable to be set as well. Opposition politician Henrique Capriles was banned from running for office for the next 15 years by the national comptroller, which was widely seen as an attempt by Maduro to stop his most formidable opponent. This decision has been met with protests of its own that are still continuing.

While the decision itself was overruled, the threats to Venezuela’s strongman democracy are not completely gone. The court is still filled with those loyal to Maduro, and Venezuelan experts dispute that overturning this ruling is enough to restore the National Assembly’s full powers, as the Court has overturned almost every act of the legislative body. There is also sure to be more conflict prior to the 2018 election. However, the reversal was an example of how public pressure forced the government to change its position, which may be a small sign of progress going forward.