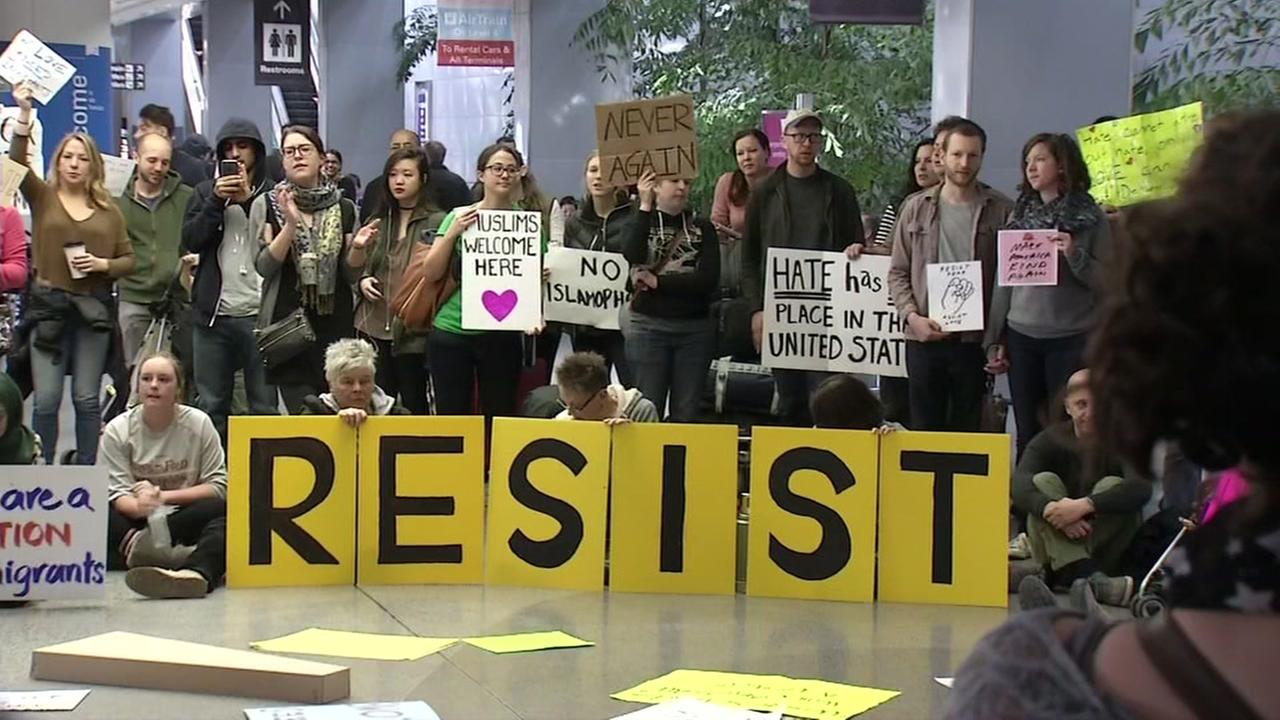 Trump on Immigration – A Preview of the New Administration

Keeping with his campaign promise to restrict immigration from the Arab world, President Trump on January 27th began his program of “extreme vetting” with an executive order barring the acceptance of new refugees and restricting all travel to the United States by citizens of several Middle Eastern countries. The order quickly drew widespread criticism, with many questioning both the list of restricted countries and the legality of closing America’s borders to people of specific nationalities. Others took to the streets in the second major protest since Trump’s inauguration, descending upon major airports across the nation to express popular discontent with Trump’s policies. Meanwhile, the ACLU challenged the ban in court and in the evening were granted a temporary stay which struck down parts of the executive order deemed to have the potential to cause “substantial and irreparable injury” to those trying to enter the United States.

The order primarily bans any immigration from Iraq, Syria, Iran, Libya, Somalia, Sudan, and Yemen, all of which were named by the Obama administration as “countries of concern” due to deteriorating conditions. Not included were some previous sources of terrorist ideology, including Saudi Arabia, Egypt, Afghanistan, and Pakistan, or the United Arab Emirates and Indonesia, where Trump currently has business deals. Restrictions based on national origin are also not unprecedented – Obama took similar measures with Iraq in 2011 while the State Department reviewed the Iraqi refugee resettlement program – but Trump’s order is far broader, as it initially included U.S. permanent residents, green card holders, and travelers with valid visas (either for immigration, work, or education purposes).

It was the wider scale of Trump’s executive order that was ultimately overturned the night of its release, as U.S. District Judge Ann Donnelly ruled in the ACLU’s favor and ordered customs officials to process anyone who was previously legally authorized to enter the United States. However, Trump’s less legally questionable policies, such as the suspension of the U.S. refugee program for the next four months, have as of yet been left untouched. It remains to be seen what legal action will be taken for the remainder of the order.

Nonetheless, populists and anti-Trump protesters should be left optimistic by the day’s events. It is now obvious that Trump will pursue his campaign promises with as much vigor as he demonstrated throughout his campaign, as we have seen with the border wall, extreme vetting, and repeal-and-replace of the Affordable Care Act. However, the forces of populism have, so far, immediately risen up to counter Trump’s most extreme policies. The mere occurrence of his inauguration led to one of the largest international demonstrations in recent memory, and his latest infringement on the rights of immigrants has met a similar response from the people. In addition, the ACLU and other prominent lawyers and justices have risen to the occasion to challenge President Trump on a legal basis, working against previous expectations of elite immunity. By the end of Trump’s presidency, we may end up seeing a lot more days like this.