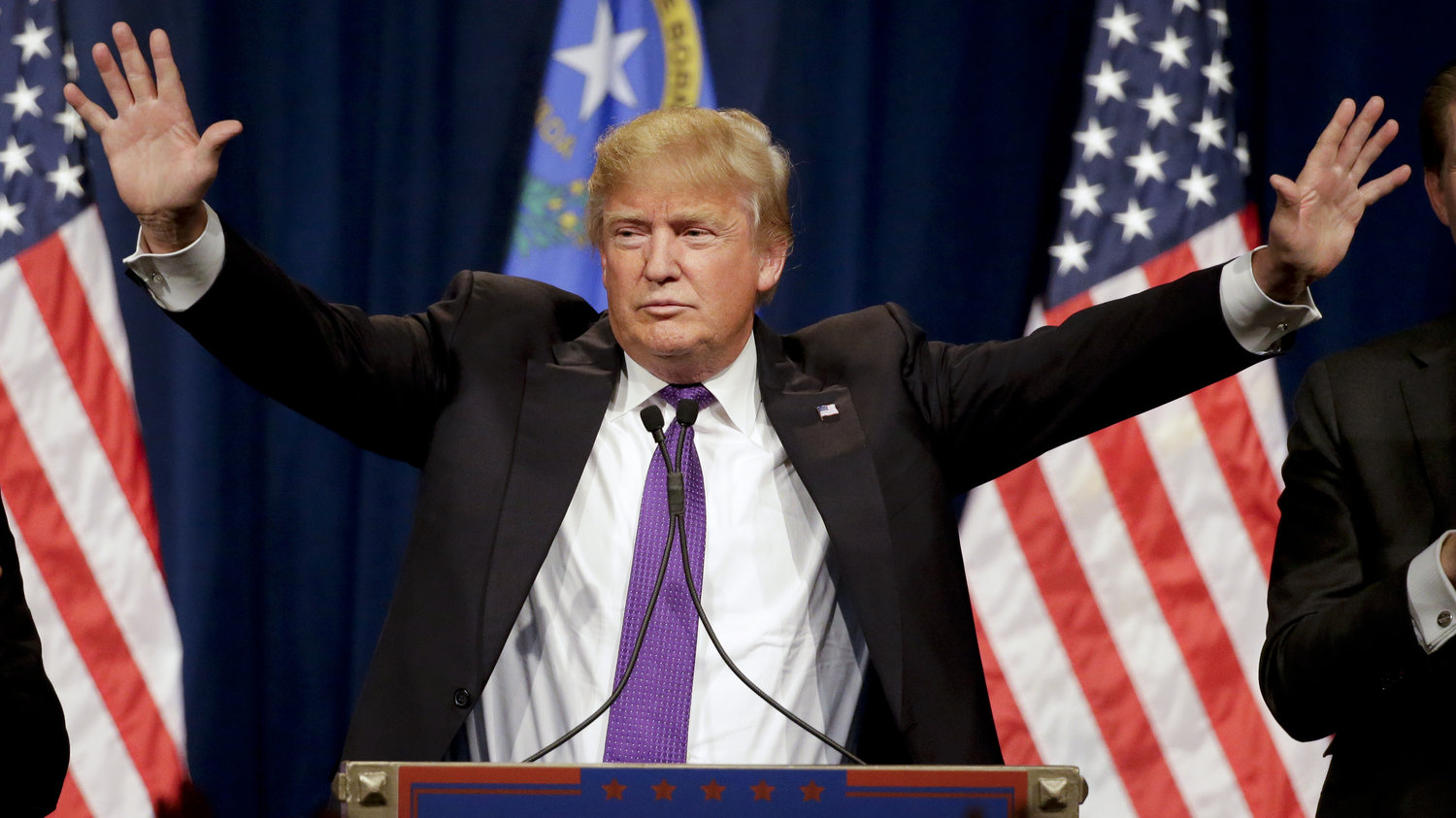 In the parlance of Donald J. Trump, ‘many people are saying’ how the candidacy he has waged is unprecedented, incomprehensible, and astounding. The narrative goes that never in the history of the Republic has a candidate come about with such an unintelligible policy platform or knack for the offensive and absurd. The Access Hollywood tape depicting Trump’s already well-documented misogynistic folksiness is just another nail in the coffin for those espousing this view. But Trump’s candidacy did not develop in a vacuum, and the forces that paved the way for his ascent are often left under-examined or willfully ignored. That isn’t to say that Trump is merely an ordinary candidate dressed in some flamboyantly proto-fascistic garb, or that we should observe Trump’s rise –  from its peripheral roots to its mainstream support – as merely an aberration on the part of a temperamental and economically-stagnant American electorate. But in many substantive ways, Trump’s campaign for President actually represents one of the most derivative, unoriginal, and plainly plagiarized candidacies in the history of the United States.

Popular discourse in the US has similarly promoted the idea that Trump’s rise disproves the long-standing assumption that America’s two political parties are the absolute deciders in who becomes their respective nominee for President (a thesis posited in the book The Party Decides). But this is patently untrue. The Republican Party has been working for the better part of 30 years to cultivate ‘mainstream’ support for the exact issues and interests that Trump has rhetorically relied upon to fuel his flamboyant rise. In 2016, the Party did decide: they chose Trump.

First off, Trump’s calls for restoration of ‘law and order’ carry on a well-established conservative tradition of blatant dog whistles to aggrieved or selectively color-blind whites in the Republican base. To paraphrase Michelle Alexander in The New Jim Crow¸ Trump is no different than numerous politicians who found they could continue to exploit and encourage racial-prejudices “without violating the law or the new limits of acceptable political discourse, by demanding ‘law and order’ rather than segregation forever.’” It’s a term popularized by George Wallace and other Southern Governors who used their pulpits to spew racial invective, and its use now is no more original than its use in Nixon’s intentionally-bigoted ‘Southern Strategy’ in the 1968 Presidential Campaign. Trump is merely nipping at the heels of this racist history. Though to his credit, the strategy is well-paved and often successful, and continues to find an audience with disillusioned and economically stagnant, though not necessarily ‘working class,’ whites.

With that said, purported racism is contentious, and many conservatives naturally take offense at insinuations that their political candidates are walking vaguely racist tight-ropes. However, there is empirical evidence to support some insinuations, and the evidence does much to explain Trump’s appeal in many geographic regions this election cycle, as well as Republican efforts more broadly to court the racist and racially-aggrieved. A Harvard Kennedy School of Government study, “The Political Legacy of American Slavery,” found that lingering racial resentment by whites continues to define geographic regions that were historically home to large enslaved populations. This racial resentment is highly correlated to feelings of animosity towards government programs (e.g., welfare and affirmative action) perceived as disproportionately advantaging to African Americans, as well as an affinity for conservative politics.

Another study, from the University of Illinois at Chicago, found that conspicuous characteristics of racial resentment strongly correlate to opposition to gun control – a fundamental tenet of the modern conservative platform. Without context, pointing to this research may appear conjectural or patently offensive to the tolerance and decency of conservative voters. This is by no means a personal attack, but the study does indicate an association that fits neatly into the enduring tradition of the “trope of ‘rights’ [being] used in defense of white privilege” (as the researchers Filindra and Kaplan contextualize for us). Analogously, “homeowners rights [were] used in defense of residential segregation, ‘taxpayer rights’ marshalled against welfare programs and affirmative action, [and] ‘victims’ rights employed in support of punitive criminal justice policies” (as quoted in the Washington Post).

Trump’s other policy proposals are equally unoriginal and patently derivative. His economic approach is a reworking of the trickle down policies of the Reagan Administration, and his campaign slogans are shamelessly plagiarized (from Nixon’s “The Silent Majority,” to Ronald Reagan’s beckoning call of “Let’s Make America Great Again”). With respect to a woman’s right to choose, though Trump may have recanted his widely-panned suggestion that women who have an abortion should be punished, his vow to stock the Supreme Court with judges sympathetic to the anti-abortion cause is not only the primary position of the Republican Party nationally, but it is also one of the central reasons he continues to carry the traditionally conservative evangelical vote. Further, his blatant xenophobia, nativism, homophobia, Islamophobia, climate-change denials, ‘inner-city’ bashing and love affair with fear-mongering all have huge precedent within the Republican Party. Consider Ronald Reagan’s (racialized) belittlement of people receiving government support through his ridicule of ‘welfare queens’ or George H.W. Bush’s racially-coded Willie Horton ad campaign accusing Governor Dukakis of promoting prison-leave policies that allowed a black man to rape a white woman and brutally assault her fiancé. What’s more, even without the inputs of Trump, the 2016 Republican Primary cycle wasn’t the high-minded policy exchange conservative outlets like the Weekly Standard would suggest, but instead was blighted by attacks on immigrants (“anchor babies“), Muslims (“we need to patrol and secure Muslim neighborhoods”), the poor, and that scourge of an organization that provides affordable and decent health care to millions, Planned Parenthood.

In recent weeks, Trump has assiduously worked to cast doubt on the integrity of the American electoral process, calling it “rigged” and “one big, ugly lie” – as well as threatening not to concede should he fall short of 270 electoral votes. This brash refusal to accept a fundamental aspect of American democracy is, admittedly, unprecedented. It has been roundly by figures from both sides of the political aisle as a major threat to the lasting cohesion of America’s democratic institutions. But Trump’s efforts to discount the impartiality of election officials, as well as his efforts to continually promote the oft-debunked notion that thousands of ineligible people will show up to the polls to vote for his opponent is no unique machination. In fact, fighting so-called ‘voter fraud’ has been a cornerstone of the political agenda for Republican legislatures since the Supreme Court struck down section 5 of the Voting Rights Act. Had reputable Republican politicians not spent the last several years fostering an atmosphere of distrust, Trump’s talk of a ‘rigged election’ likely wouldn’t hold so much sway.

Likewise, Trump’s consistent tactic of working to delegitimize any and all who stands in his way, from “Little Marco” to “Lyin’ Ted” to “Crooked Hillary,” is merely the most recent incarnation of the cornerstone Republican strategy of delegitimization. Ronald Reagan employed the strategy when he sought to denigrate liberal policies write large as mere fantastical lies — as he articulated with his oft-used “there you go again” line. During the 1990s, the Gingrich-led House Republican caucus sought to further delegitimize their political opposition through the subtle tactic of referring to the Democratic Party as the “Democrat Party,” in an effort to further belittle and demean their opposition (see Ezra Klein’s blunt confrontation with long-time Republican operative Michael Needham over this). And now into the Obama years, there is no longer any semblance of subtlety. From the whisper campaign accusing Obama of being a Muslim, to the effort to find his “Kenyan” birth certificate. Both of which were giddily perpetuated by the Republican mainstream. In many ways, these efforts of delegitimation have even spread to a potential Clinton presidency, as evidenced by the new Republican attack line of “lock her up.” To those who imagine that this kind of rhetoric is solely endemic to Trump and his legion, here is a recent example of ostensibly mainstream Republicans calling Hillary Clinton every name in the phonebook, including one prominent Trump booster even going so far as to suggest that Clinton be “put in the firing line and shot for treason.”

These are the reasons that Trump has found a welcome audience in the Republican Party. He’s simply saying the things that Republican rhetoricians have been implying for decades, and the base knows it and responds. There are many ways the Republican Party could have stopped Trump, but it didn’t. True, the audio of Trump discussing sexually assaulting women has prompted a litany of Republican politicians to essentially disown him. But their efforts are not only too little too late, they’re also disingenuous. As some have pointed out, if Trump was up 5 or 6 percentage points in the polls, it is unlikely there would be nearly as many defections. Trump’s personality is vexing, but his politics have, at least until recently, trumped that. Republicans felt comfortable with him. In many substantive ways, he’s everything they’ve worked for and more. Simply put, before explicitly implicating himself as a predator, he was something most could live with. And now they are.