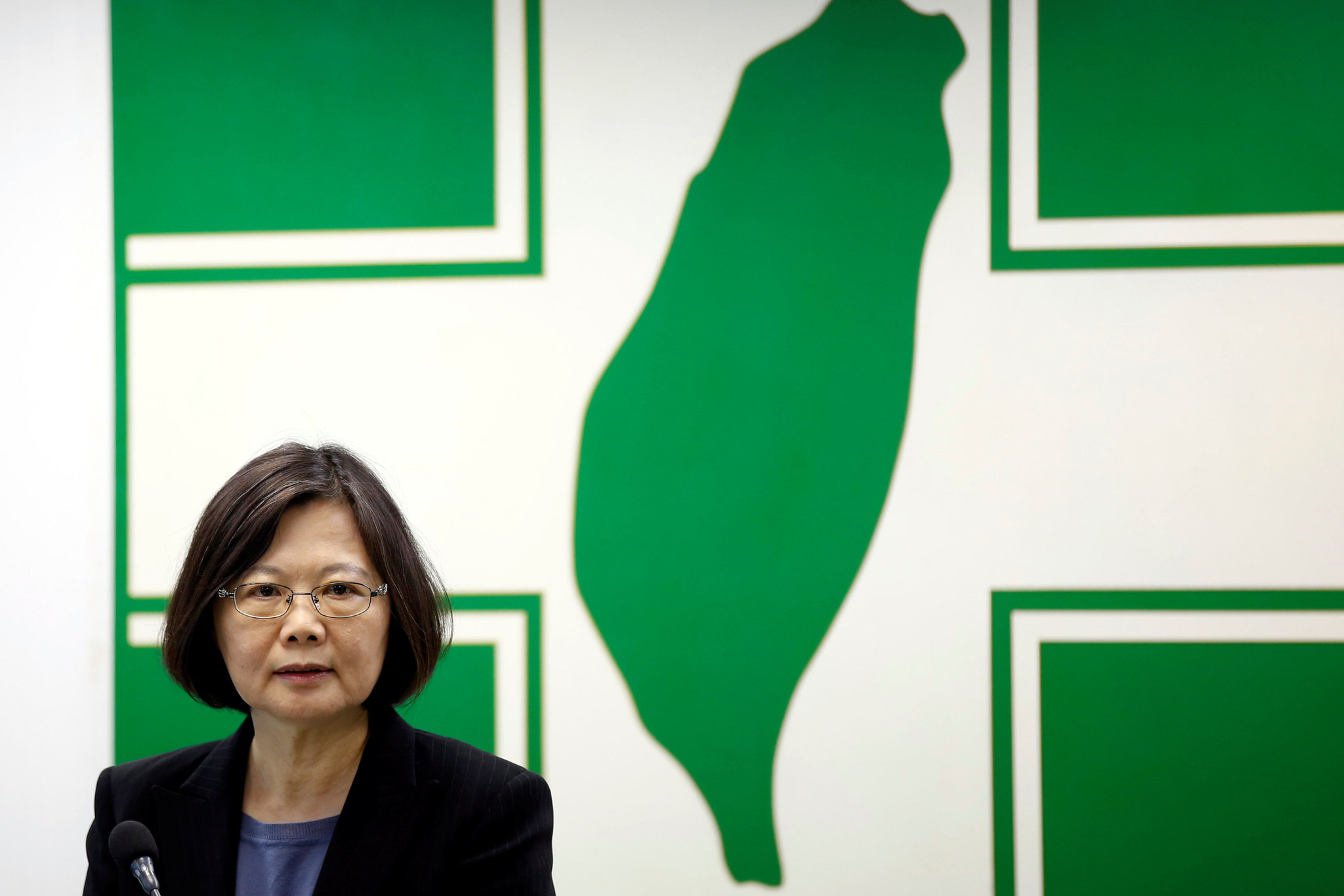 Taiwan’s President Must Prove She Can Lead

On May 20th this year, I landed in Taiwan’s Taoyuan Airport, full of excitement because I was finally able to live through a historic moment. It was Tsai Ing-wen’s inauguration day. Taiwan’s first female president, Tsai of the Democratic Progressive Party, came across as a capable, pragmatic politician, famously known for her pro-independence stance about Taiwan’s future. I perceived a breeze of unease throughout the island: people appeared encouraged by Tsai’s vision of economy revitalization, but were perturbed by the uncertainties of a new government. Tsai’s leadership, as it turned out, failed many expectations.

Two months after my visit, twenty-four tourists from my hometown Dalian died from a bus fire on the highway to Taoyuan Airport. My city was heart-broken; the media lamenting “They were three miles away from returning home.” As investigations soon uncovered, a convicted, drunk, and suicidal bus driver poured fuel into the bus and then swerved into a roadside barrier, blocking the exits and initiating a fire. With the murder of everyone on board, the criminal completed his revenge. Across the strait, many Chinese tourists abandoned the idea of traveling to Taiwan. It seemed that the new Taiwan was not benevolent to mainland tourists after all.

One hundred days into Tsai’s presidency, initial social anxieties expanded into large-scale mistrust. As Taiwan’s leader, Tsai has largely failed her promises of fixing economic, social, and political issues. Especially in terms of cross-strait relations, the previously sustainable and peaceful cooperation under President Ma Ying-jeou has transformed into a political game of chess with unpredictable future and the possibility of military conflict. President Tsai has a choice to actively amend relations henceforward, and she must do so to prove herself a capable leader.

The tourist bus incident plunged Taiwanese tourism into deep darkness, an event symbolic to Tsai’s turbulent first days of presidency. While outraged Chinese citizens question the competency of tourism authorities for licensing a clearly dangerous man, many examined the issue in light of worsening cross-strait relations. Taiwanese authorities were unresponsive in assisting relatives of the victims with visas, travel and logistical issues. To make matters worse, Tsai sparked vast controversy when she sent tokens of condolence to the funeral of the Taiwan-born tour guide, who also died in that fire, but chose to not to do so for the twenty-four mainland tourists. All she had to do was express her condolences to the victims’ families, but Tsai failed to deliver. The explanation from the administration was jaw-dropping: “They did not ask for it.” Let the administration be reminded that the families didn’t ask to be at their relative’s funerals in the first place.

It was quoted that “the most beautiful parts of Taiwan were not its mountains and lakes, but its people.” Since Tsai took office, the “mainlanders,” a term used by Taiwan media to describe mainland tourists, started to reject this notion, triggering a monthly double-digit percentage decrease of mainland visitors population since May. The shrinking of revenue from Chinese tourists is a devastating blow to Taiwan’s tourist sector, a vital component of Taiwan’s economy. In September, five thousand people in tourism-related industries marched on Taipei’s streets to call for governmental attention to their dilemma. “If Chinese tourists do not come, we cannot work,” tour guide Debby Huang said. While the new chief of Taiwan’s Tourism Bureau Chou Yung-hui, appointed after the bus incident, is confident that Taiwan will attract more tourists from the nearby Japan and South Korea, the relative increase of visitors from these countries does not remedy the loss of attraction from the mainland.

Tsai’s pro-independence posture has always been an anathema to China. Many international observers made the remark that the “honeymoon” between Tsai’s government and the mainland wouldn’t last very long. But in fact, the honeymoon was over before it started. The contemporary political tension between Taiwan and Mainland China is due to Tsai’s reluctance to accept an agreement that China holds central to its Taiwan policy-making: the “1992 Consensus,” signed by both parties in 1992, declared that “there is only one China, and Taiwan is a part of that China.” China has held the 1992 consensus as the political foundation for its dialogue with Taiwan, although the exact reference of China is left for both sides to interpret. For mainland, China undeniably denotes People’s Republic of China, but Taiwan would almost surely insist on its government—Republic of China, which Taiwan claimed to have governed in exile since the KMT lost the civil war against the Chinese Communist Party in 1949. For the last twenty-four years, negotiation and cooperation on this basis have produced fruitful results, up until this May. Tsai’s inaugural speech made ambiguous references to the consensus, but it was acknowledged that she did not accept the consensus of “One China.” China’s Taiwan Affairs Office labeled her speech as “an incomplete answer” in violation of the current political foundation. All official exchanges across the strait have stalled since Tsai took office. Being the weaker side, Taiwan’s suffers much more from a stalemate than China does, particularly affecting the future of Taiwan’s economy.

It appears that Tsai had predicted the situation. “In order to elevate the scope and diversity of our external economy, and to bid farewell to our past overreliance on a single market,” Tsai declared in her inaugural speech, the new administration will pursue a new “Southbound Policy,” broadening exchanges and cooperations with ASEAN countries and India. The new Southbound Policy demonstrates Tsai’s resolution to bring Taiwan on a more independent path.

Taiwan’s economy endured seventeen months of exports decline ending June, the worst streak since the 2008 global financial crisis. While the effect of Tsai’s Southbound Policy awaits thorough evaluation, it is against China’s national interest to see its economic influence diminish in Taiwan. Regarding Tsai’s administration, China’s Taiwan Affairs Office director Zhang Zhijun has declared China’s stance on Taiwan clear and consistent: “resolute determination against Taiwan independence, and safeguard state and territorial sovereignty.” It has been emphasized by various organizations within the Chinese government that the Taiwan issue is “China’s domestic issue,” meaning it does not welcome other foreign nations’ influence in the region. Nevertheless, the geo-strategic position of Taiwan and the versatile Asia-Pacific diplomatic circumstance render the Taiwan situation the number one priority in China’s foreign affairs making today. To maintain its strategic grip on Taiwan, with or without diminishing economic influence, it is likely that China may consider augmenting military involvement in the region, thus escalating the chances of conflict. While China’s policy remains clear and predictable, Tsai should grasp the limited opportunity to proactively mend fences with Beijing and avoid further conflict.

Shortly after Tsai took office, she conducted a Washington Post interview in which she summarized her philosophy on cross-strait relations: “We do not take provocative measures, we make sure that there are no surprises, and we hope that through channels of communication, we can gradually build up trust.” As the leader of Taiwan for over a hundred days, Tsai fulfilled none of the above. On the contrary, during her first days of presidency, Taiwan has misfired a missile toward mainland China, reapplied for membership in the U.N., and appointed a pro-independence ex-foreign-minister as the new head of its strait-relations agency. Cross-strait relations looks dimmer than they have in the last two decades due to limited communication, and the future appears ever more unfavorable.

The current situation of Taiwan, economically and diplomatically speaking, is that it is not ready to leave the powerhouse that is China. If President Tsai was dedicated to her promise of a brighter future, it is her responsibility to demonstrate sincerity and earn trust from China. As a vital region in the Asia-Pacific, Taiwan under the new government has so far been unsettling. Meanwhile, Tsai’s approval rating has dipped below fifty percent. Tsai must start amending problems to fulfill her promises as a capable leader.