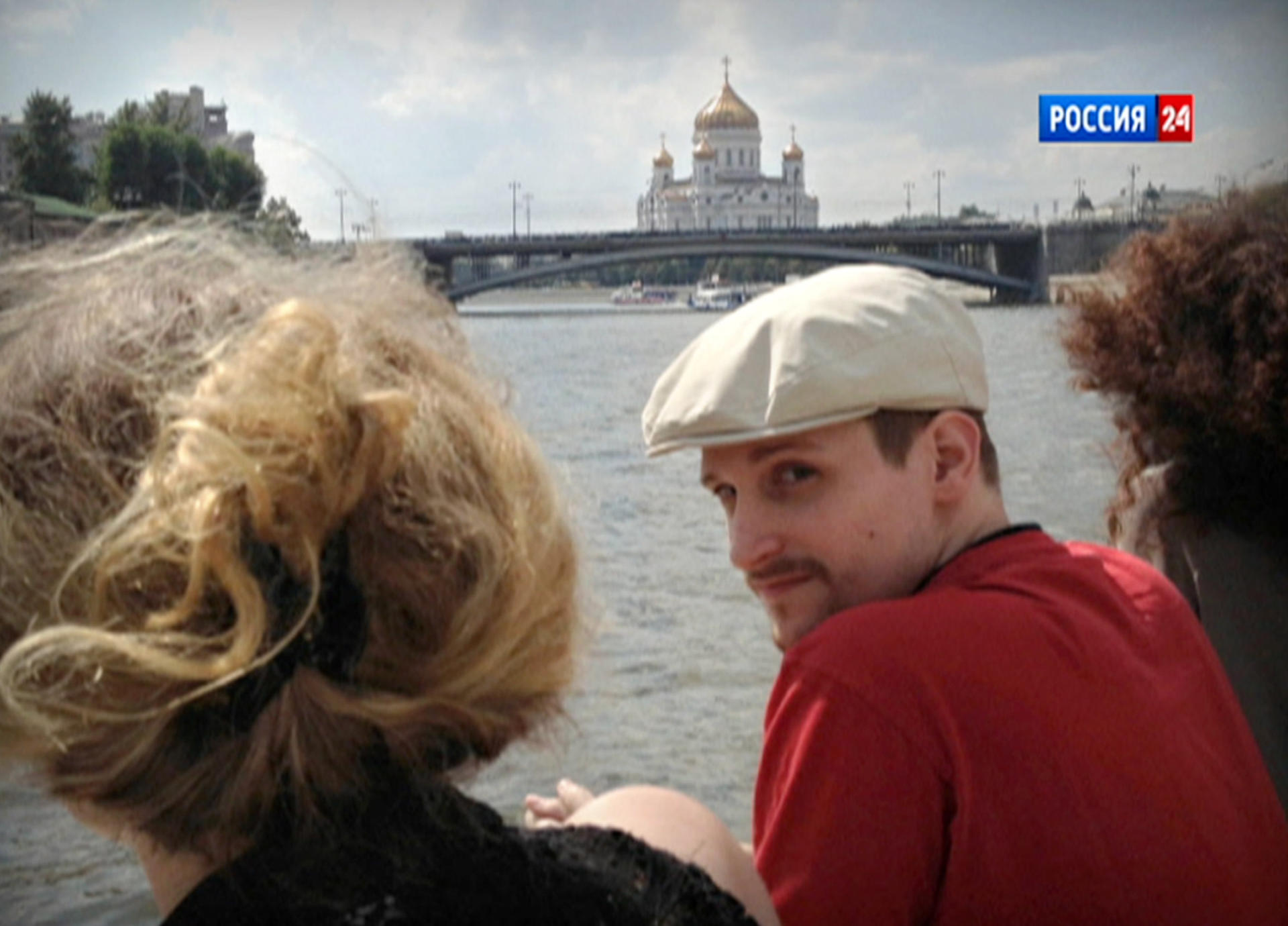 A Middle Ground for Snowden

Three years ago, Edward Snowden shocked the world with his revelation of NSA mass surveillance programs. Now he wants to come home. As a new wave of public debate surrounding privacy and national security takes place, now is the best time for the U.S. government and Mr. Snowden to find a common ground. The U.S. government should punish Mr. Snowden accordingly for leaking classified documents, but Mr. Snowden should also be granted leniency in recognition of his public service. A timely negotiated plea agreement would not only teach constituents crucial lessons about privacy and government power, but also resolve the taboo on whistleblowing and encourage civil disobedience through justified channels in the new administration.

The “Snowden” movie, directed by Academy Award winning director Oliver Stone, made its theatrical debut in September, reinvigorating public attention toward the controversial figure. It depicted Snowden’s transformation from an enthusiastic CIA agent to an outraged NSA contractor in spotlighted detail, explaining his whistle-blowing as a justified response to the information he obtained over the years. Despite traumatic personal experience in the 9/11 terrorist attacks, Snowden finally reasoned that in such massive, untargeted security efforts, “terrorism is just an excuse.” The end of the movie especially focused on the exile of Mr. Snowden, showing an unforgiving U.S. leadership and justice system that are challenged and embarrassed by Mr. Snowden’s public service. Stone’s movie did little to unpackage Snowden’s individual complexity, and was controversial in painting Snowden’s motives as purely principled civic duty. However, it drove many people to show their support for Mr. Snowden, with some participating in the Pardon Snowden campaign.

Since September 2016, human rights activists and legal experts have been petitioning for a presidential pardon to bring Edward Snowden home, seizing the opportunity of President Obama’s final days in office. Snowden’s exposé revealed programs that that deeply intruded on privacy, for instance monitoring telephone “metadata” of virtually every phone call and Internet habits by millions of users. These disclosures generated a heated debate that altered the way U.S. government spies on its citizens. The New York Times editorial board echoed that Mr. Snowden, in revealing an unconstitutional mass surveillance system, performed a public service “of enormous value and scant harm,” and it is unjustifiable for him to remain as an outlaw in a foreign country. Civil right advocates are inspired by Mr. Snowden, who asserted that his “sole motive is to inform the public as to that which is done in their name and that which is done against them.” The issue of privacy, as it turned out, is that rare topic that citizens across the political spectrum seem to agree on: according to a Pew Research Center poll, 74% of Americans say they shouldn’t give up privacy and freedom in the name of security, and a majority oppose NSA surveillance programs. In addition to public support, some well-known supporters of the Pardon Snowden movement include Apple cofounder Steve Wozniak and Pentagon Papers whistleblower Daniel Ellsberg. Even Eric Holder, former attorney general under President Obama, admitted that Mr. Snowden “actually performed a public service by raising the debate that we engaged in, and by the changes that we made.”

The petition for a presidential pardon on WeThePeople.org obtained nearly 170,000 signatures, prompting a response from the White House. Lisa Monaco, the President’s Homeland Security Advisor, insisted that Mr. Snowden posted a severe security threat to the country. To express dissent, Snowden should “challenge it, speak out, engage in a constructive act of protest, and—importantly—accept the consequences of his actions,” she wrote, but currently he hides “behind the cover of an authoritarian regime.”

The grave security threat triggered by Mr. Snowden’s documents leak was a point underrated by many of his supporters. Of the 1.5 million classified documents he copied, many are irrelevant to the national debate around privacy but straightforwardly about military, defense, and intelligence programs. For instance, a separate overseas NSA Internet Monitoring program, PRISM, was exposed, although it was both legal and non-threatening to constitutional privacy. Along with the files of mass surveillance programs, Snowden leaked crucial information on international intelligence operations, from monitoring terrorists to offensive cyber security operations. Washington Post, a newspaper greatly benefited from its initial reports on Snowden, argued that “no specific harm, actual or attempted, to any individual American was ever shown to have resulted from the NSA telephone metadata program Mr. Snowden brought to light.” In contrast, these leaks disrupted lawful intelligence-gathering and caused possibly “tremendous damage” to national security, according to a unanimous report from the House Permanent Select Committee on Intelligence.

Federal prosecutors charge Mr. Snowden with theft of government property and two counts of violating the Espionage Act, a WWI-era law that prohibits unauthorized communication of national defense information to an unauthorized person. Mr. Snowden violated the law by releasing classified documents to journalists, and the Espionage Act makes no distinctions between selling national secrets to foreign enemy and giving information to journalists to promote greater public good. If Mr. Snowden goes to trial today, he cannot defend himself by claiming higher purpose and the positive transformative impact that resulted from his actions.

The Pardon Snowden movement supporters and many others believe Mr. Snowden has a case for leniency, and it would be disheartening for him to hide in Moscow for many more winters. To the U.S. government, an unsettled Snowden controversy could continue to be a nightmare post-election. It is in neither party’s interest to see the drama continue. Therefore, it is best that Mr. Snowden and U.S. government start talks about a middle ground. According to Stephen Vladeck, a constitutional scholar at the University of Texas School of Law, “the best scenario for everyone is if the government offered (and Snowden accepted) some kind of plea deal…in exchange for a suspended sentence and a whole bunch of supervised release conditions.” Major media outlets such as the LA Times and Washington Post similarly argue that Mr. Snowden should plead criminal responsibility for disclosure of classified material, but that the U.S. government should offer a measure of leniency in recognition of his contributions.

In the aftermath of the Snowden drama, the U.S. government has established practices to protect and encourage whistleblowing, with rewards for “speaking truth to power, by exemplifying professional integrity, or by reporting wrongdoing through appropriate channels.” Nevertheless, according to Tom Devine, legal director of a Washington-based whistleblower aid outfit, the Government Accountability Project, “consistently, they are used as a trap that identifies whistleblowers and funnels their evidence into entities with a conflict of interest that then try to cover up the misconduct.” A Newsweek article labels these actions as an attempt “to corral future Snowdens before they leave their offices with thumb drives full of government secrets.” Just as the name of the article suggests: “Post Snowden, the government still can’t protect whistleblowers.”

Although the Snowden files were leaked three years ago, the culmination of their revelation remains crucial today for its impact in the national privacy-security debate, and for its precedence in the whistle-blowing profiles. An just, timely end to the Snowden case will no doubt discourage similarly detrimental behaviors and pave new ground for intelligence-gathering and security endeavors in the new administration. All things considered, Snowden should be brought back home. Finding a middle ground is the best solution for both parties.