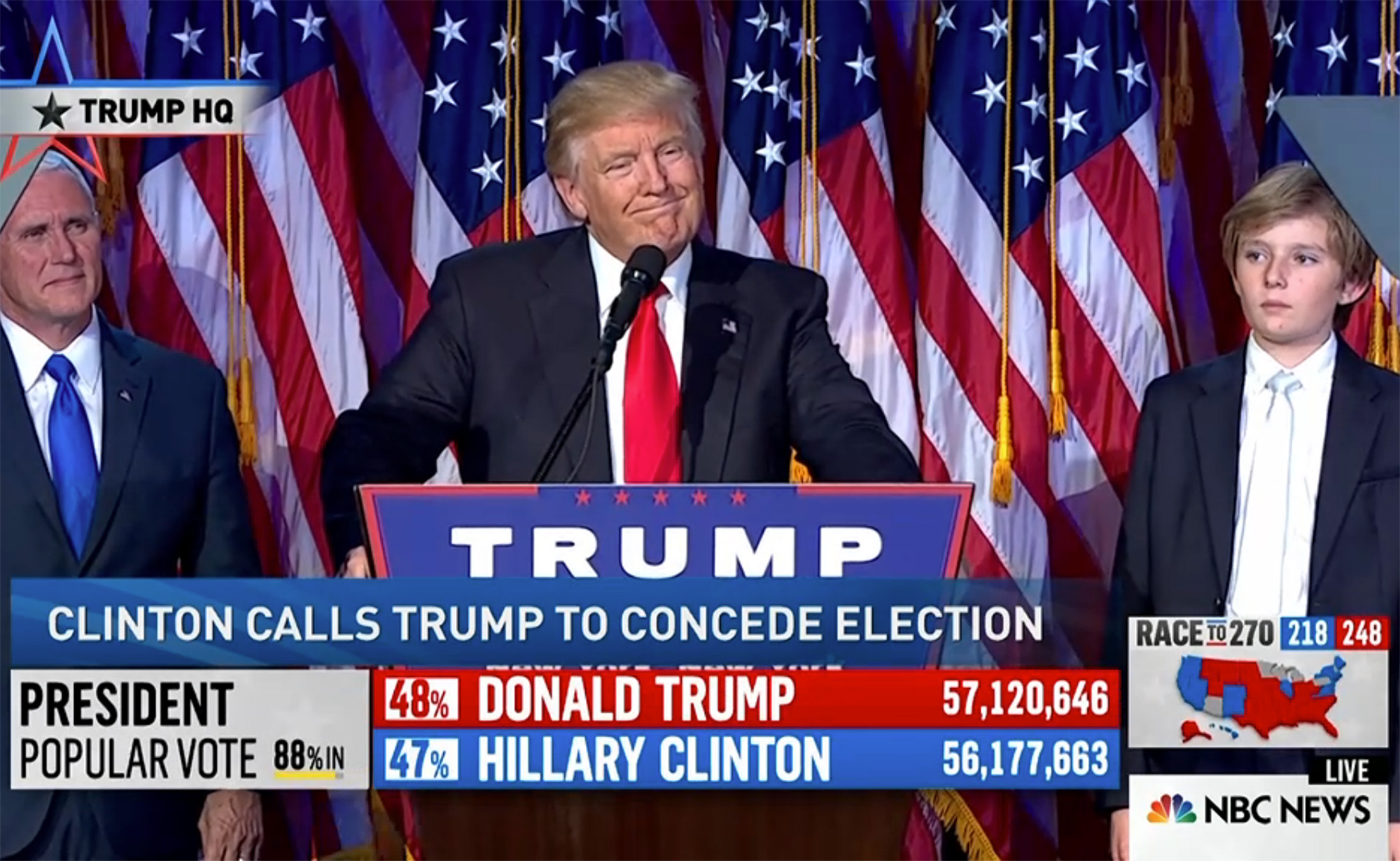 I’d like to start this off by offering my congratulations on a well-fought campaign. While you did not have my support before the election, I recognize that you are now my President, and I refuse to protest the will of the people. You have clearly pinpointed a strong source of anger and resentment towards the political élite, and if you are truly the champion of the working man you claimed to be throughout your campaign, then I have no choice but to stand by the nation’s choice.

Your party now holds complete power over the federal government. You hold the executive branch; Republicans have complete control of Congress; you will soon own the Supreme Court; you have the support of the Army and the FBI and the Border Patrol and countless other government agencies. You have all the political power you could ever have hoped for.

But with great power comes, as the cliché goes, great responsibility. No longer can your party use the tactics that allowed you to seize this power. The federal government is entirely Republican, and as such, the Republicans can no longer say that the federal government is as incompetent as they claimed during the last administration. They can’t make it their strategy to oppose the President or shut down the government or refuse to do their jobs in the Senate. Nor can you continue your witch-hunt of fighting back against “the establishment.” To do so would be to cannibalize your own party and deepen the divide that has taken over the nation. Like it or not, you were elected as a Republican, and you are expected to serve as one.

This country has been torn apart by this election cycle. Not since the Civil War have these fractures been so deep or so wide as they currently exist between the Left and Right. Now that you are the leader of this country, and there is nothing stopping you in Congress or the Supreme Court from imposing your will, you have a job to do. You must, as you promised in your victory speech, unify this country and heal the wounds that you inflicted upon it during your campaign. You cannot Make America Great Again with the support of only half the country. If this nation is truly to be Great, it needs to be Great by and for every citizen.

Now, all I can ask is that you prove us wrong one more time, and be the unifying force in the Oval Office that this country so desperately needs.