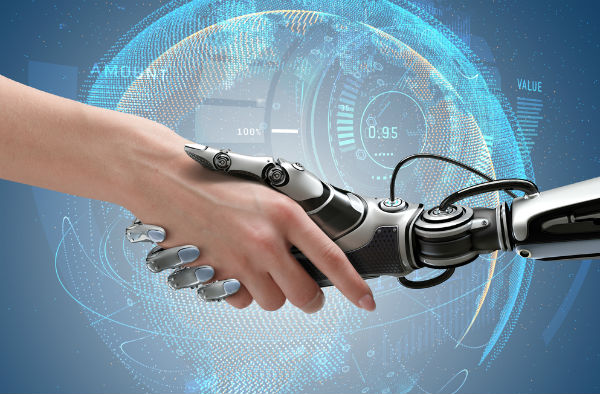 What Happens to the Workers?: The Economic Implications of the Technological Revolution

Drones delivering packages, self-driving vehicles, artificial intelligence answering phone calls, food being prepared at the touch of a screen – this may all seem like science-fiction, but in reality, the future is already here.

Technological innovation and its use in the workplace is not a novel concept.  Since the birth of modern American history, the economy has been adapting to technological change as different innovations have steered the economy in one direction or the other.  The United States began as an agricultural economy, transitioned into an industrial one, and eventually became a service-orientated economy as a result of increased automation.  Today, the problem the United States faces is how the economy will adjust to the increased use of technology in the service-industry.

Amazon’s new drone delivery service is a prime example of technological innovation that satisfies the customer while simultaneously saving the company money.  As UC Berkeley Economics Professor Jesse Rothstein states, when technology reduces costs for the consumer, “people will have more money to spend on other things,” thereby benefiting the economy.  While this is certainly the case, some economists are concerned that workers will lose their jobs as a result of this increased technological automation.  In the case of Amazon drone delivery, a robot and a computer program would replace the job of a driver who normally delivers packages.  While the driver is replaced, new jobs may simultaneously be created in a different area.  Someone will have to design the drone.  Someone will have to build the drone.  Someone will have to program the drone.

As noted by the U.S. Bureau of Labor Statistics, while the workforce has only been marginally increasing over the past few years, there is still a net growth in the workforce and the number of people employed in the United States despite the technological innovation that has been occurring over the past two decades.  While the long-term implications of increased automation are yet to be seen, one main issue that arises is the fact that low-skilled workers will likely face the harshest consequences.

One of the greatest issues plaguing the United States is the increasing wealth gap which has been steadily increasing for the past several years.  According to studies conducted by the Pew Research Center, the wealth gap between middle-income families and high-income earners has reached historic levels – in the past 30 years of data being collected by the Federal Reserve, a wealth gap this large has never before been seen in American history.  But with the development and invention of new technology that can replace minimum wage and middle-income workers, that wealth gap may increase.

Restaurants such as Eatsa, with a location on Telegraph in Berkeley is just one example of increased mechanization and automation in the service industry.  At Eatsa, a fast-food chain, customers order using their smartphones prior to coming to pick up their order or ordering on the iPads at the location.  Everything, aside from the food preparation behind the scenes, is entirely automated, and the customer never interacts with a single employee.

But Eatsa is not the sole service-oriented business that is making a transition toward the increased usage of technology.  In 2015, for example, McDonald’s opened its first entirely automated location in Phoenix, Arizona.  According to spokesman, Paul Horner, in the future, it should be expected that McDonald’s will continue to open more and more stores that follow the model and precedent set by the Phoenix location.  Additional restaurants such as Stacked and Chili’s allow for the customer to decide whether they prefer ordering from the convenient tablets located on the table-top rather than waiting for a waiter to serve them.  Restaurants are just one example of where technology is beginning to replace human beings to provide certain services.

The repercussions of this technological transition on minimum wage jobs and the economy are significant.  Professor Erik Brynjolfsson, a Professor at the MIT Sloan School of Management charges the “sluggish employment growth of the last 10 to 15 years” to increased technological use in a wide-variety of service-oriented businesses, an effect that will only be exacerbated in the coming years.

Paul Horner, a spokesman for McDonald’s, directly attributes this shift towards technology to “high demand for a minimum wage of $15/hr and the protests getting worse every day, this [robots] is something we had to implement”.  In their mission statement, Eatsa specifically states that their revolutionized concept of service keeps in mind that the end goal is to “provide better food, faster, and at an unprecedented price.”  At the end of the day, this transition is made in order to maximize profits.

Companies do not want to have people out of work – but when there is a way to replace a worker with technology, the long-term benefits than can be received from increased productivity of technology with the minimization, provide businesses with a clear incentive to fire workers in favor of technology.  At the same time, a minimization of costs for the consumer can benefit the public in general, allowing more people to be able to afford more products.  In the example of Eatsa, it is technology that allows the price of a bowl of food to remain at $6.95 rather than increase due to other outside effects, such as an increase in minimum wage.

But is the future of employment in America as grim as it may seem as a result of this technological advancement? Most likely not.  Following the end of World War II, a similar shift towards technological use in production was seen.  However, as has been shown in history, particularly in the post-World War II era, though technology had replaced workers in many different types of jobs, despite a temporary dip in employment, the economy still managed to rebound as a result of the development of new private sector jobs.  According to UC Berkeley Professor Daniel Robert, historically, technological change has always been greatly impacting the labor market and while American history is riddled with economic booms and busts, there is still long-term growth in the labor market.

One chief concern of scholars such as Brynjolfsson is whether or not the economy can adjust quickly enough to accommodate for the loss of many low-wage jobs as a result of technological domination in many industries.  Brynjolfsson points out that “rapid technological change has been destroying jobs faster than it is creating them, contributing to the stagnation of median income and growth of inequality in the United States”.  But as Professor Rothstein points out, there is no clear evidence that this is the case.

Though, in the past, the American economy has stabilized and then experienced unprecedented amount of growth following introductions of technology to a variety of industries, the question remains: is this advancement too quick?  Will America’s economy be able to stabilize in time or will low-income earners be harmed to even greater degrees in the future?  That is a question that can only be answered with time.

While the likes of android technology frequently depicted in science-fiction films and novels has yet to be realized, robotic automation that is now slowly becoming increasingly utilized in the service industry in the United States is only the first step toward that direction.  As we enter the first stages of this transition, while we cannot know for certain what effect this will have on the economy, we can be certain of one thing: the economy will adapt eventually just like it has so many times before.