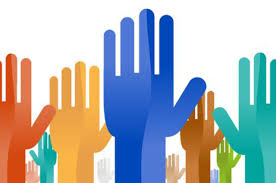 One Person, One Vote:  Ambiguous Law of the Land

On April 4, 2016, the United States Supreme Court ruled 8 to 0 in the case of Evenwel v. Abbott that states are to draw legislative district lines on the basis of total population.  This decision is considered to uphold the long standing bedrock principle of our constitution that there should be “one person, one vote.”

However, the matter is not truly settled.

Critics of the ruling are upset that “total population” is being interpreted by the Supreme Court to mean that even incarcerated prisoners are counted when defining legislative districts. Children are also being included even though they too are non-voters.  Alternatives suggested by critics of the Court’s interpretation of “total population” include a counting based on registered voters, or even at least using a counting by eligible voters (eligible voters are voters that are legally countable as potential voters, regardless of whether they have actually registered to vote).

One way or another, this fundamental question about what properly constitutes the definition of “one person, one vote” is ultimately going to wind its way back to the Supreme Court.  In a sharply critical opinion of Evenwel v. Abbott, Justice Clarence Thomas reluctantly voted in favor but said that the Court had overstepped its authority in this ruling and that “The Constitution leaves the choice to the people alone—not to this court.”

Earlier in the history of the United States, the phrase more commonly used instead of “one person, one vote” was “one man, one vote.” It wasn’t until the 19th amendment to the Constitution had been passed on August 18, 1920 that women achieved the right to vote and so the phrase then switched over to “one person, one vote.”  Today’s voters might also have forgotten that even the “one man” or “one person” portion of the phrase has been contested over time, including that black slaves had been considered three-fifths of a man or person.  The 15th amendment, which was enacted on February 3, 1870,  aimed to expand citizenship/voting rights to former slaves, and declared that the “right of citizens of the United States to vote shall not be denied or abridged by the United States or by any state on account of race, color, or previous condition of servitude.”

The passage of the 15th amendment and the 19th amendment did not ultimately settle all questions about the “one person, one vote” topic. An important case in 1964 involving Reynolds v. Sims led to a ruling by the Supreme Court that state legislatures were to redistrict their congressional districts in order to achieve roughly equally represented populations.  The Court inadvertently left out a clear cut definition of what they meant by “populations” and so it has opened the door to various alternative interpretations.

Here’s exactly what the 1964 ruling by the Supreme Court said: “the overriding objective must be substantial equality of population among the various districts,” and must guarantee that “the vote of any citizen is approximately equal in weight to that of any other citizen in the state.”.

The wording created a loophole, or at least Sue Evenwel so believed.  According to Sue Evenwel’s position in the Evenwel v. Abbott case, her vote was essentially worth less than the districts with large numbers of people ineligible to vote and so she was not being guaranteed equal representation by the government. Her contention was that by counting non-voters, her vote was being diluted in violation of the constitution and therefore violated the constitution and the  e that had clearly stated that her vote should be “equal in weight to that of any other citizen in the state.” It takes a moment to get your head wrapped around this argument and admittedly it seems a bit of a clever amount of twisted thinking, but nonetheless the case did make its way through the court system and eventually landed at the Supreme Court to try and decide whether or not Sue Evenwel’s vote has been debased.

Ruling of One Person, One Vote

The ruling by the Supreme Court in this case of Evenwel v. Abbott was that the state can count all residents when redistricting, and do so regardless of eligibility to vote.  The Court did not agree that Sue Evenwel’s vote has been debased.  Justice Ginsburg wrote the majority opinion in the case and used a famous quote by Alexander Hamilton to bolster the ruling:  “There can be no truer principle than this – that every individual of the community at large has an equal right to the protection of government.”

There are political ramifications of this ruling that impact both Republicans and Democrats.  As stated by the New York Times, “had the justices required that only eligible voters be counted, the ruling would have shifted political power from the cities to the rural areas, a move that would have benefited Republicans.” The Los Angeles Times heralded the ruling as a victory for minorities and acknowledged that the result mostly helped Democrats.

Whichever political party or political leaning you might have, the case raises significant and crucial questions about what the phrase “one person, one vote” really means.  The ruling in Evenwel v. Abbott for the moment seems to settle the matter as it relates to states and redistricting, but conservatives are quite likely to further press on the voting rights topic.  The foundational issue of “one person, one vote” will come back to the Supreme Court in another guise and on another day.