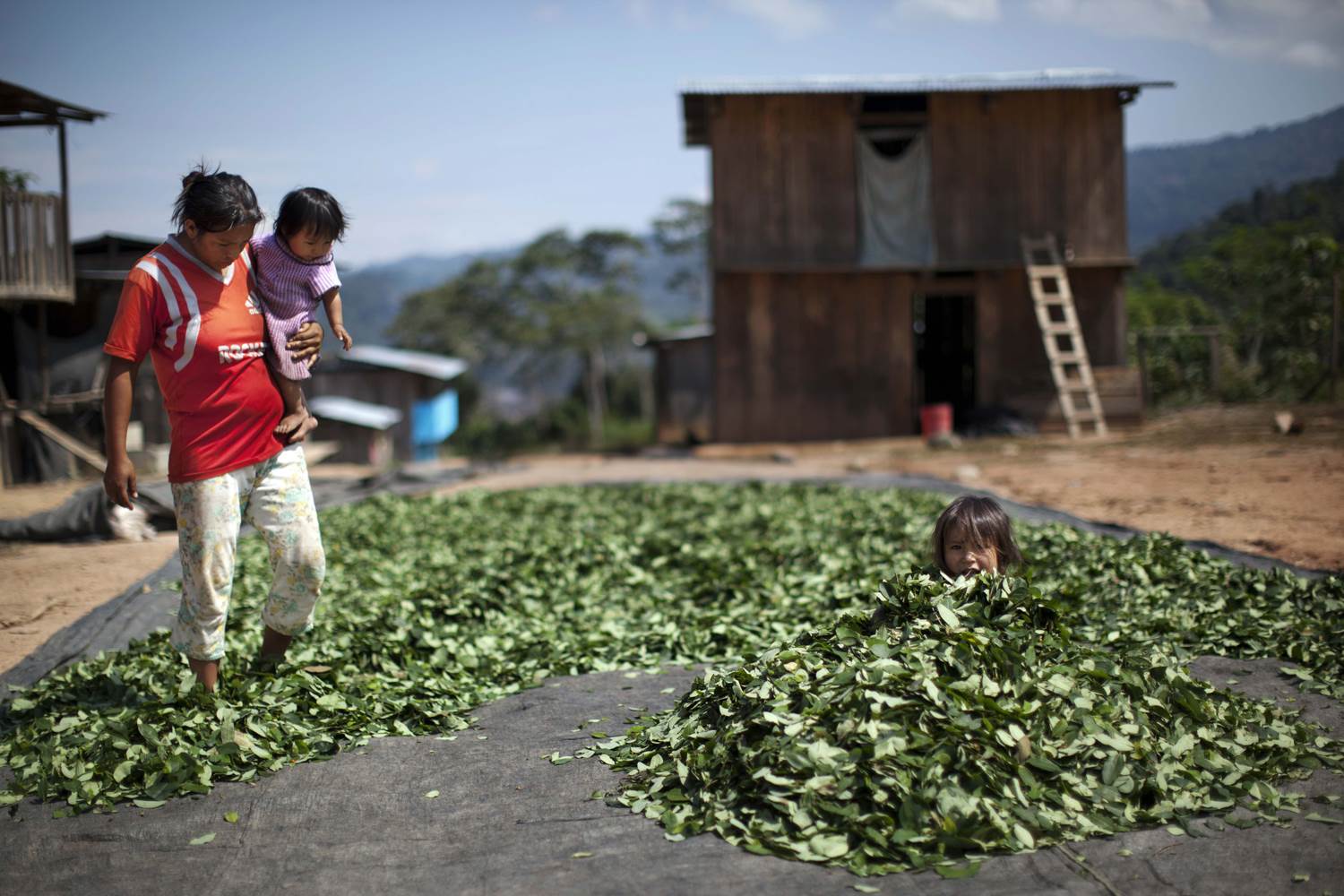 The Rise of Cocaine in Peru

When thinking about drug production and trafficking, narcotics industries span across the globe in a complex network. From opium production in Afghanistan to synthetic drugs throughout the West, each drug has a historical connection to a specific region in the world. Perhaps the most well known relationship between a drug and geographical region is cocaine in Latin America.

Peru’s growth of cocaine production occurs in the central valley of the country where the coca plant grows ubiquitously throughout the rural region. According to VICE, unlike other Latin American narco-states where vertically integrated large-scale operations can control most of the cocaine supply chain from production to retail, Peru has around 15 drug lords that control certain exit points for the export of Peruvian cocaine.

When Colombia was still the number one producer of cocaine in the world, production labs would get their coca base from Peru. By the 1990’s, Peruvian President Alberto Fujimori started a campaign against transporting the cocaine over its borders. His military campaign against narcotics proved successful when Colombian producers started vertically monopolizing the production from scratch. Nevertheless, the US government’s war on drugs assisted the Colombian government in 1999 to fight cocaine production from the source – coca cultivation.

Over time, cocaine production slowly found its way back to its homeland in Peru for reasons ranging from the environmental to the political. First, the arable, rural land of Peru’s Valley of the Apurimac and Ene Rivers (VRAE) is the hub for coca plant production. It is relatively isolated from law enforcement and feeds into the deep jungles of the Amazon. From cultivation to product, coca makes its way to labs that produce the drug with chemicals. Peru’s long Pacific coastline serves as an ideal dock for cocaine transportation, enabling a consumer market that stretches across oceans and continents. Unlike Colombia’s cocaine diffusion that went mostly to the United States, Peru’s distribution network fans more broadly across the globe.

Lima, Peru’s largest city and capital, drives a domestic demand for the drug as well. The cosmopolitan city that is famous for its gastronomy is a popular destination for tourists from around the world. There’s a nightlife that helps support the cocaine industry and attract younger visitors as well. Some of these visitors from multiple countries end up leaving with more than souvenirs. These foreigners get caught up in smuggling pounds of cocaine back to their home countries, lured by the potential compensation from the risky task. Most of the smuggling happens from Lima’s international airport, where drug mules carry, on average, two kilograms of cocaine for around $3,000 for their services.

The generous financial reward is what attracts drug mules from all over the world. Drug cartels have the capital capacity to pay these people due to the high concentration of wealth involved in the industry. According to the United Nations Office on Drugs and Crime, the raw coca plant sells for about $4.30 per kilogram while cocaine hydrochloride, which is produced after lab work, sells for about $1,178 per kilogram. While the price for cocaine hydrochloride has decreased about 10% since 2013, the price for the raw coca plant has actually increased about $1 per kilogram between 2008 and 2012. This increase comes from the “balloon effect”, where the significant reduction of coca-growing areas has decreased the supply of coca leaf.

This reduction in coca-growing areas is attributed to the Peruvian government’s response to being named the “world’s top cocaine producer.” Like President Fujimori’s military intervention, the Peruvian legislature voted to authorize airstrikes to shoot down suspected drug flights in 2015 under current President Ollanta Humala’s administration.  It is reported that almost half of the cocaine leaves the country through small airplanes. Even before President Humala, Peru’s airstrike campaigns were aimed towards battling the distribution of cocaine. These airstrike programs were actually facilitated through a CIA-backed program that ended before the 21st century when an airstrike mistakenly identified an American missionary’s plane.

President Humala preferred crop substitution in 2014 to smoothly shift from one cash crop to another. Today, this policy is still in consideration to resolve the dependency that many Peruvians have on coca plant production. Nevertheless, Peruvians have voiced discontent with government eradication of their source of income. The Peruvian government claims that they financially support almost half of the 95,000 families affected by coca eradication, but many farmers like Duran claim the government “give[s] you a machete and a few cacao seeds and then they forget about you.”

Grievances have grown into unrest in the VRAE with farmers fighting against the government’s counter-narcotics program. Recently, protests have surfaced the region in crowds of thousands of “cocaleros,” or farmers and other Peruvians whose occupation is a part of the cocaine industry. In the Amazonian town of Ciudad Constitucion, police clashed with protesters, resulting in multiple injuries and a killing. Although the Peruvian government has spent more than $169 million in programs for crop substitution, weaning off coca plant cultivation where the plant is endemic proves to be difficult.

Collectively, President Humala has spent $285 million on his efforts to bring down Peru’s role in cocaine production, a huge increase from his predecessor Alan Garcia. Humala publicly displays his government’s intervention as effective, reporting “a 30% decrease in the amount of Peruvian land planted with coca, and the government is on pace this year to destroy another 35,000 hectares.” But these efforts come after Humala’s military intervention in anti-narcotic efforts. In 2014, he fired his “drug czar,” Carmen Masias, after she pushed for militarized eradication efforts that were supposedly going to be half-funded by the US government – Humala did not want forced eradication of coca plant production at the time.

Since the American declaration of the War on Drugs, the United States government has played a key role around the world in counterdrug efforts. In Colombia, the US implemented “Plan Colombia” in 1999 to halt the chain of cocaine transfer between Colombia and the US. Now, the US has put more than $60 million into eradication policies and over $100 million into crop substitution with crops like cacao, coffee, and palm oil. In a country where two million people reportedly survive off of the cocaine trade in some way, foreign intervention distresses the VRAE’s labor force. Similar American intervention in eradicating Afghanistan’s opium trade reveals parallels between rural dependencies on the narcotics industry. Both the endemic role of poppy in Afghanistan and coca in Peru has historical roots in both these countries. Consequently, external sources of intervention are required to maintain counterdrug efforts considering the domestic adulteration of institutions in these narco-states.

As seen in Colombia when Pablo Escobar—the leader of the Medellin Cartel who was infamous for his organized crime—became an alternate member of Colombia’s House of Representatives, the narcotics industry can play a political role where the industry is a contributing factor to both the country’s economy and instability. As a result, Peru’s rise in cocaine production has a relationship with the rise in narco influence in Peruvian politics. Jaime Antezana, a security analyst, alleges at least 10 members of Peru’s legislature have ties to the drug trade. One of Peru’s big cocaine distributors, Geraldo Oropeza, has family members that were activists in The Peruvian Aprista Party (APRA), former president and presidential candidate Alan García’s political party.

Even Kenji Fujimori, a Fujimorista congressman, had 100kg of cocaine discovered at a warehouse he co-owned in Callao, a port city. The situation was disregarded once former President Alberto Fujimori’s son laid blame on the shipping company that was renting the facility. Kenji’s sister, Keiko, is leader of the Popular Strength political party and a presidential candidate in the 2016 presidential. These elections are to take place on April 10 and recent polls show Keiko Fujimori in the lead. Antezana warns that the Populist Strength party is a key player in narco-candidates, claiming that many of these politicians are traffickers and money launderers in the cocaine business.

As Alberto Fujimori used military intervention to decrease cocaine production, Keiko Fujimori and her Popular Strength party seem to be financing their campaigns with drug money from the same industry that her father tried to decimate with counterdrug efforts. Analysts like Jaime Antezana foreshadow a narco-state similar to that of Colombia with Pablo Escobar.  Whoever wins the election must make amends, or Peru’s global reputation could shift from Lima’s renowned restaurant scene and the picturesque Macchu Picchu to becoming the new poster boy for illegal drugs.