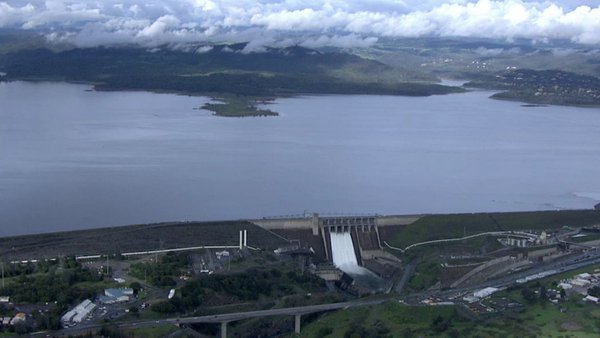 El Niño’s Implications For The Future Of California’s Water

The issue of water is more important now than ever before in California. For the past several years, the state has been in a severe drought, with water reservoir levels dropping to historical lows. Recently, with the advent of the El Niño storm, there has been a massive surge in the amount of rainfall the state has received, and although reservoir levels are not high enough to claim that the state is no longer in a drought, there has been enough of an increase to begin a discussion regarding the politics of water rationing in the U.S. Senate. Unfortunately, water division cannot be justly achieved through a simple rationing weighted by population densities throughout the state. This is because some areas, such as farm lands and animal farms, require a much greater amount of water to sustain than even metropolitan areas in order to maintain economic stability. Any bill that aims to fairly and appropriately divide the state’s water supply must take into account that these agricultural areas will require more water. In light of the recent droughts, several parties have legitimate claims to an increase in their respective water rationing. Thus the task of crafting a bill that can achieve a fair division of Californian water has been long, grueling, and as of now, unsuccessful.

California currently has several emergency mandates still in place from its past four years of severe drought. These emergency mandates are intended to be immediate fixes, and do not provide long-term solutions to the issue of urban water overuse. For example, measures over a longer time frame can be more ambitious in their means to yield water savings, such as “changes in plumbing infrastructure, building codes, landscaping ordinances, and water pricing.” As per Governor Brown’s executive order regarding water conservation, the Department of Water Resources has been leading a statewide initiative to collectively replace 50 million square feet of land with drought-tolerant landscapes; the State Water Resources Control Board has imposed restrictions regarding the urban use of state water; the California Energy Commission has implemented a state rebate program to provide monetary incentives for citizens to update inefficient appliances; the Water Board has imposed regulations on commercial, industrial, and institutional properties to implement water efficiency methods, and it has prohibited irrigation with potable water on public street medians.

The use of strict policies to regulate water usage is not unjustified. Although it does not demerit voluntary water conservation, historically such voluntary efforts have not been enough to help cities facing larger than a 15% reduction in average water supply, a threshold that many cities are now passing. For example, a suggestion by the city to reduce water usage by some percentage might not bode well with residents in the city – if one took heed of this suggestion, it would be difficult to complete landscaping projects, and most lawns would degrade from a bright green to a deathly brown, which resulted in the net impact of lowered real estate prices. Until the last year of the drought, the portion of California that was hit the hardest were agricultural institutions. Actually, it has only been during this last year that the drought has had a significant impact on the average Californian resident, and as such it is to be expected that a sudden imposition of voluntary suggestions regarding water conservation will not be nearly as effective as mandatory state or city legislation.

On the national level, the politics of water conservation has been in partisan gridlock, as the Democratic party does not wish to concede current measures to a reordering of water rationing policies, whereas the Republican party has been trying to override California’s water management system to provide emergency relief and drastically changing the water system even in years of abundant supply. However, with the recent El Niño storm, there have been bipartisan talks in Senate regarding a fair rationing of water. Republican U.S. Senator John Garamendi has proposed a plan that parallels one of  Democratic U.S. Senator Dianne Feinstein, who has been advocating for a national regulation of the water supply but has not, until recently, garnered any substantial support. John Garamendi claims to want to “take steps to address the drought immediately, and to take long-term measures” regarding water policies in California, and he claims that his plan would provide for new dams, spur water transfers, and fund emergency drought aid throughout the state.

With the massive increases in reservoir water in California compared to the respective historical averages, the issue of safe and smart rationing of water may only be taken with a grain of salt. However, there is a possibility that there will be bipartisan support in the House and in the Senate for such a bill, as showcased through the actions of both Senator Feinstein and Representative John Garamendi.