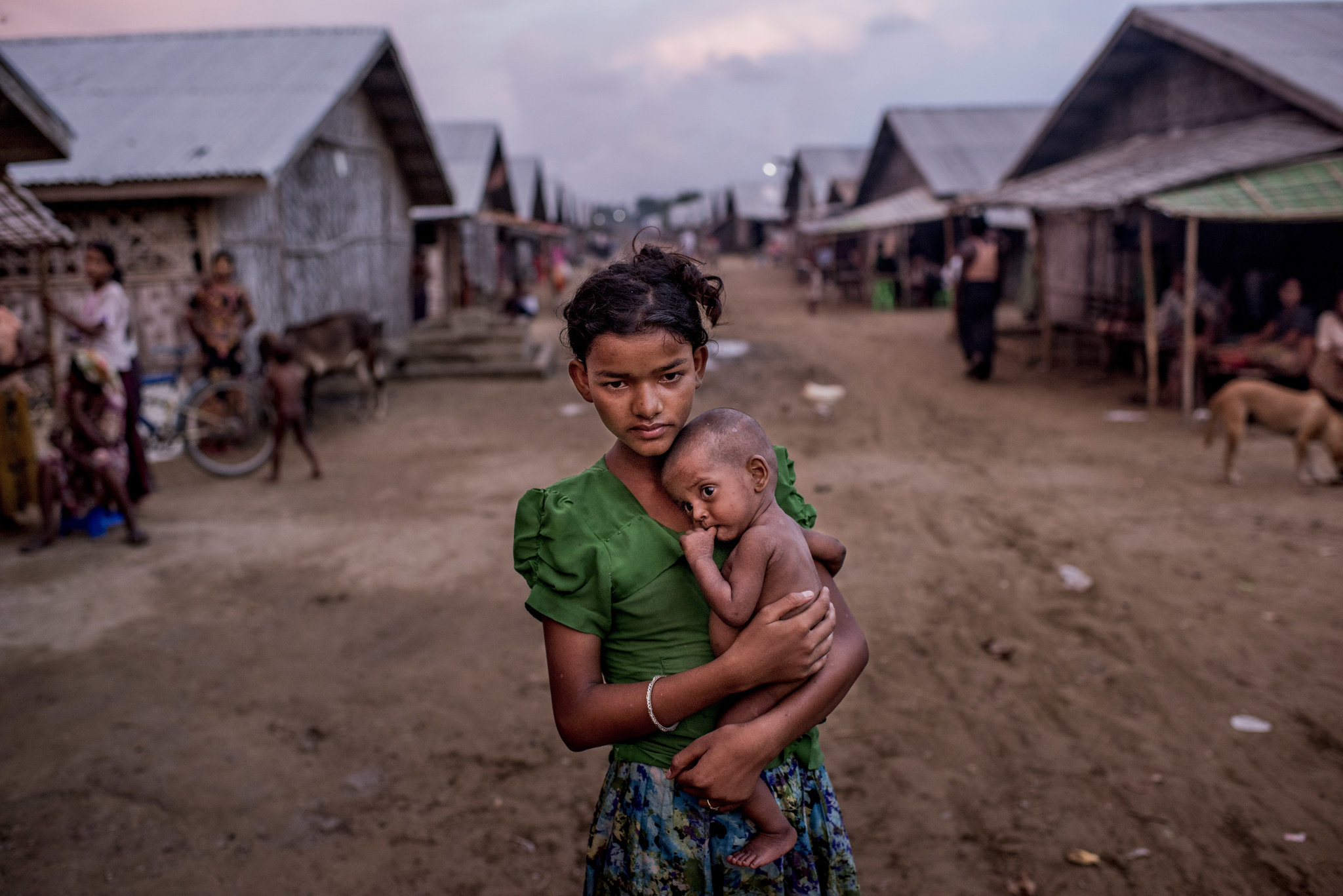 Given the choice of exile or imprisonment, Aung San Suu Kyi chose to suffer fifteen years as a political prisoner in defiance to Myanmar’s brutal military dictatorship. The world needs more of such selfless devotion to democracy and human rights in the face of certain opposition.

This November, in the first free elections in a generation, Ms. Suu Kyi’s party won a resounding majority in Parliament, giving her control of Myanmar. The world heralded the victory as a testament to the resilience of the global struggle for human rights. The election represented the storybook redemption of a woman who remained insistent on the rights of Burmese, even as she suffered harassment and detention.

Unfortunately, reality can never quite fit our beloved and simple archetypes. Sometimes the virtuous hero overcomes great odds, but embodies the prejudice and indifference she sought to defeat. It’s this tendency to overlook the rough edges of our narratives of heroism that leads us to turn a blind eye to atrocity.

Aung San Suu Kyi’s moral blind spot just happens to be 1.3 million Rohingya Muslims wide. The story of the Rohingya is similar to the story of many ethnically marginalized groups. Unwanted by the majority, subject to discriminatory laws, and forced into cycles of poverty, they have no place to call home. The 1982 Burmese Citizenship Law, which identifies 135 ethnic groups, intentionally fails to mention the 1.3 million Rohingya in Myanmar. In 2012, riots and violence broke out in Rakhine between Rohingya Muslims and Rakhine Buddhists, leading to hundreds of deaths. Hundreds of thousands were displaced by the conflict, but only Rohingya were forced into “internally-displaced people’s camps,” with no access to sanitation, employment, and nutrition. These camps ban the 140,000 Rohingya that they “house” from leaving; the squalid ghettos are rife with disease, violence, and crime. International aid groups are banned.

Life outside the internment camps is not much better. On several occasions, regional governments have bussed young nationalists to Rohingya townships and told them that it was their “duty as Rakhine to participate in an attack on the Muslim population.” The recent refugee crisis of the “boat people” in 2015 is symptomatic of a much larger problem; what desolation would compel so many people to board dangerous dinghies in pursuit of a better life? Killings, torture, rape and the beginnings of genocide. A report published in October 2015 by the International State Crime Initiative provides strong evidence to suggest that “the Rohingya face mass annihilation and that Myanmar is in the final stages of a genocidal process.” Leaked government documents prove the existence of an official strategy to weaken and finally eliminate the Rohingya.

All but the most cynical would assume that Nobel Peace laureate, human rights activist, and now de facto leader of Myanmar Aung San Suu Kyi would have a pretty clear-cut stance on the issues of Rohingya Muslims. It would seem “natural” that the woman who spent several decades of her life imprisoned for human rights would speak out against the systemic violence her government is perpetrating. They would be wrong. Our concept of what is “natural” is wrong.

Ms. Suu Kyi flatly refuses to condemn the targeted violence perpetrated against Rohingya; her silence on the issue can only be taken as complicity given her influence in Myanmar. She has told the press repeatedly that she is not sure whether Rohingya can be Burmese, and her party refused to select Muslim candidates for the 1,151 seats they contested. Days after the recent election, a spokesperson for Aung San Suu Kyi stated that the “Rohingya are not our priority,” that they were “illegal immigrants,” and thus not a Burmese problem. There is little to suggest that her government will halt the state-sponsored violence against the Rohingya.

It’s unclear whether Ms. Suu Kyi supports the persecution of Rohingya or if there is another motive behind her stance. Many of her defenders argue for the political necessity of the ambiguous position she had taken. Buddhist nationalists represent a large part of the electorate and alienating them would be devastating, they contend. But that would miss the point. A targeted, systemic form of violence is being perpetrated. No amount of political popularity can justify that, especially from a Nobel Peace Prize winner known for her iron will. Heroism is standing up for others, not yourself. But who said Ms. Suu Kyi was a hero?

Us. It was not Ms. Suu Kyi who awarded herself the Nobel. She did not plaster herself on the covers of TIME, the Economist, or the Wall Street Journal. What appears to be Ms. Suu Kyi’s humanitarian contradiction is actually our own. Twenty-four years ago, the Nobel Committee was so ready to “to honour this woman for her unflagging efforts and to show its support for the many people throughout the world who are striving to attain democracy, human rights and ethnic conciliation by peaceful means.” The irony needs no explanation.

The irony could be amusing if it wasn’t so dishearteningly insightful. A Nobel Laureate presiding over concentration camps. The Nobel is seemingly reserved for those humans that embody something that the rest of us don’t. It’s something almost supernatural that allows them to transcend race, creed, and sexuality to fight injustice wherever it exists. We can sleep at night knowing that these “unflagging” superhumans exist to do what we’d rather not. So instead of waking up and doing something about an imminent genocide, in say, Myanmar, we can coronate a new defender of justice every 10th of December.

Unfortunately, the aforementioned individuals don’t exist in reality. Our collective conscience is so ready to find somebody to embody the archetype of the ultimate humanitarian, that we forget that they too are imperfect humans, with their own egos, aspirations, and prejudices. For a mortal human, Ms. Suu Kyi’s politically-motivated decision to refrain from speaking out against violence could be expected, so why is this case any different?

Aung San Suu Kyi is neither  superhuman nor a monster. She is an accomplished human whose indifference to the Rohingya is particularly clear. In the story of good versus evil, good may be just a little less good than we thought.