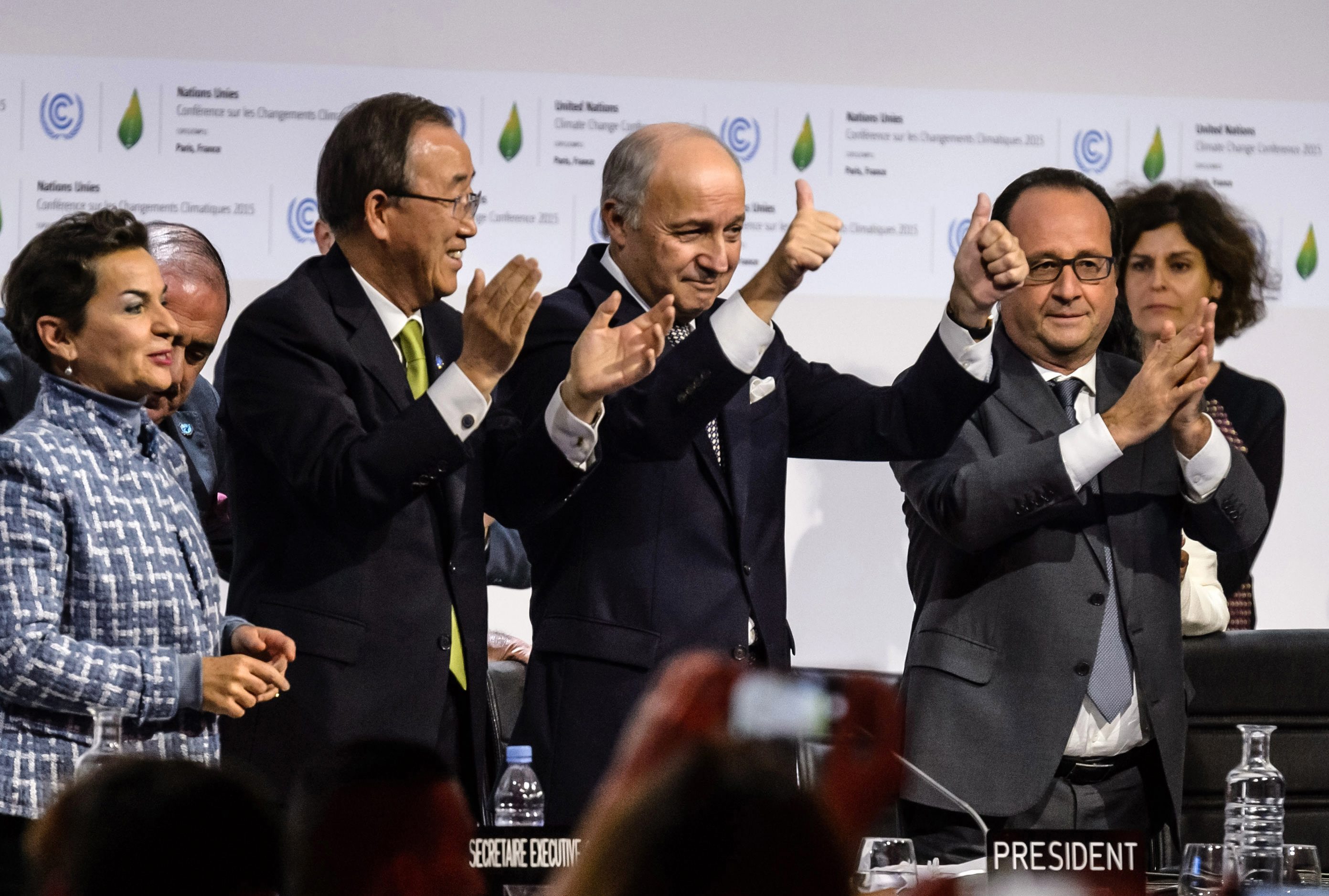 Politicians, Capitalism, and the Dying Earth: Why the 2015 Paris Climate Agreement Became a Roadblock

“We do not inherit the Earth from our ancestors, we borrow it from our children.”  – Ralph Waldo Emerson

When the 2015 Paris Climate Agreement was finalized on December 12th, 2015, politicians, the media, and various non-profit groups from around the world heralded the agreement as a momentous occasion for international cooperation. U.S. Secretary of State John Kerry declared that the “world has come together behind an agreement that will empower us to chart a new path for our planet: a smart and responsible path, a sustainable path.”

Much of the significance of the agreement came from the fact that 196 parties from across the world came to a common consensus: the Earth is warming, and something must be done about it. After thirteen days of negotiations, these parties agreed to reduce their respective countries’ carbon emissions so that global warming will stay under 2 degrees Celsius compared to pre-industrial temperatures.

However, the Paris Agreement carefully avoided any stipulations that require action. The Agreement does not hold any binding legal or political power on any country until at least 55 participating countries have ratified it through their own political systems. As a result, neither China nor the United States—two nations that are the biggest carbon emitters in the world—are legally bound to the agreement.

Furthermore, the agreement does not dictate a set requirement for the amount of emission reduction, nor does it provide an enforcement mechanism to guarantee the execution of the agreement in a set time frame. If a set target is not met, there is no way to reprimand that country; in short, the entire agreement hinges on a vague sense of morality of individual nations.

Hidden under the overwhelming praise and rhetorical statements is a harsh question that American politics must answer: how will the United States articulate and commit to a course of action through its Republican-controlled Congress?

On December 1st, 2015, Congress approved two resolutions to undercut Environmental Protection Agency rules that significantly reduce the cap of carbon emissions from all preexisting and future coal-fired plants in the United States. This approval came merely hours after President Obama’s pledge of American leadership in the Paris Conference, clearly demonstrating that American politicians are hardly united on addressing climate change.

These representatives are considered one of the most influential lobbyists in D.C., who have yielded tangible results in the past. The Bush Administration, which decided against signing the Kyoto Protocol, was reported to have been “found thanking Exxon executives for the company’s ‘active involvement’ in helping to determine climate change policy, and also seeking its advice on what climate change policies the company might find acceptable.”

Chevron annually spends millions on its lobbyists, who are almost always former senators, representatives, and counsels with deep political—and often personal— connections in D.C. The revolving door phenomenon—the movement of legislators to the private sector and vice versa—remains rampant in the Capitol Hill: according to a Washington Post analysis, three out of four fossil fuel lobbyists have previously worked in the government.

More deceptively, these oil giants continue to funnel hundreds of thousands of dollars to “independent” climate scientists and associations—those that stand against the overwhelming evidence that support the anthropogenic cause of climate change. These scientists and associations then present their studies to legislators and the public, purposefully deceiving the public about the realities of climate change.

Will the Paris agreement be ratified within the United States? With the current structural conditions of the American government and society, the answer is a predictable and a resounding “no.” American politicians, lost in the lure of capitalistic gain, will most likely decide against ratifying the agreement, just as it had with the Kyoto Protocol.

Raymond Geuss, a contemporary political philosopher and Emeritus Professor of Philosophy at the University of Cambridge, writes in his book Philosophy and Real Politics that “politics is in the first instance about action and the contexts of action, not about mere beliefs or propositions.”

The context that the American politicians face is an Earth that is deteriorating at a record speed: the Columbia Glacier in Alaska is melting at the speed of 30 meters per day; extreme air pollution is causing 4,400 deaths in China daily; the global sea level has risen by almost 7 inches in the last century, and in the last decade, it has been rising at a doubled rate. Climate change is global—and therefore demands a global response and adaptation that is immediate, action-oriented, and comprehensive.

However, the Paris Agreement was merely a consensus on beliefs, not a demand for immediate, concrete, and comprehensive action. An empathic agreement—no matter how global—is not enough to slow down climate change. An agreement on ideals is not enough to pursue effective political action, especially when one of the most powerful political agents in the international platform—the United States—is lost in a political deadlock.

Further in his book, Geuss adds: “Successful [political] action, particularly large-scale action of a drastic kind, often depends on […] seeing when the time is ripe for action and grasping opportunities that will not present themselves again.” The 2015 Paris Climate Conference was precisely this opportunity—an opportunity that may not come again for a long time.

There is no fixed political solution for combating climate change; however, the Paris agreement is not one of them. Rather, it serves as an illusory self-reassurance to the Earth’s biggest carbon emitters—that they have “charted […] a sustainable path,” to borrow Kerry’s words, for the Earth. For decades, the agreement will serve as a political justification for why countries cannot, or worse, should not, be pushed any further in the issue of climate change.

Instead of serving as an impetus for a responsive climate agenda, the Paris agreement became a roadblock—another institutional hump that the international community must overcome to achieve tangible progress. The conference revealed all the flaws of the current international politics, precisely at the moment when it was so important.

The twenty-first century is a time in which collective politics is becoming more and more important. Crippling global issues—like climate change, among many others—cannot be solved by individual nations. It is time for global leaders to grasp this reality and move forward to preserve a public good that the human society cannot afford to lose: a green, vibrant, and resource-rich Earth.