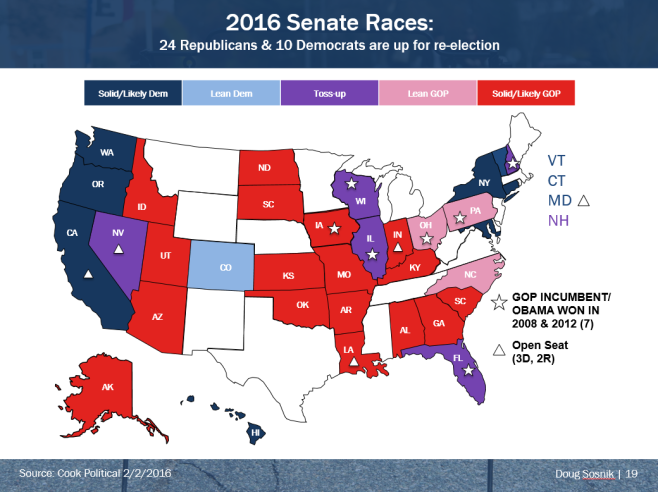 The Race to Turn the Senate Blue: The Top Senate Contests in the 2016 Election

Though the presidential race has taken up much of the electoral coverage thus far, there are also many close U.S. Senate seats up for grabs that could tilt the Senate in the Democrats favor. Democrats are even hoping the House of Representatives comes into play if there is backlash against Trump and the Republican Party, though this is viewed as more of a long shot.

In this election, Republicans are fighting to protect their seats from Democrats, marking a vast change from the past few Congressional elections where many hotly contested races were in Republican primaries, causing candidates to battle over who was the most conservative. Here are two key Senate races that could tip the scales and one bitterly contested Democratic Senate primary to keep an eye on: