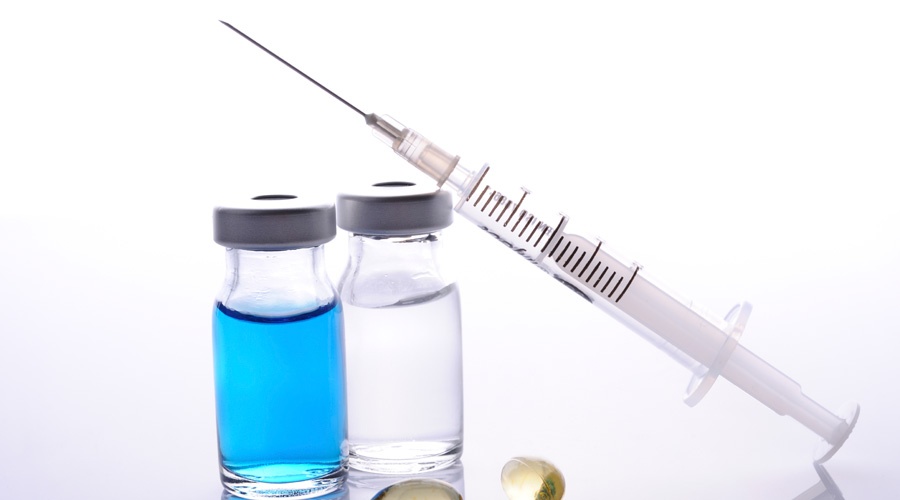 A Year Later, Back to Vaxing: California’s New Vaccination Laws

Vaccinations have been at the heart of discussions on public health in California. Or rather, they have been injected into California schoolchildren and their caretakers, as well as into debates in the California State Legislature. On June 30, 2015, Governor Jerry Brown approved Senate Bill No. 277, which “would eliminate the exemption from existing specified immunization requirements based upon personal beliefs”—in other words, prohibit the admission or advancement of students who have not been vaccinated for conditions including measles, mumps, and hepatitis B, due to their parents’ personal beliefs. SB-277 goes into effect on July 1, 2016 and applies to both public and private elementary and secondary schools, as well as day care centers and nurseries. To go along with this, SB-792, which applies to adults, was approved on October 11, 2015, to go into effect on September 1, 2016. A part of this “prohibit[s] a person from being employed or volunteering at a daycare center or a family day care home if he or she has not been immunized against influenza, pertussis [whooping cough], and measles.” Exemptions can be made only if a physician approves of an exemption due to an individual’s medical conditions or if a vaccination is incomplete and time is required in between doses of vaccinations. While these new laws will lead to greater public health, there is still work to be done.

According to some, the effects of these laws in conjunction with factors such as the measles outbreak in December 2014, are already starting to show, as parents and physicians become more aware of the benefits of immunization through vaccinations. The California Department of Public Health’s 2015-2016 Kindergarten Immunization Assessment indicates that in autumn 2015, 92.9% of kindergarten children were fully vaccinated, marking an increase of 2.5% from the previous school year. Those who were not vaccinated based on personal beliefs exemptions dropped from 2.54% in the previous school year to 2.38%. According to this report, rates of personal beliefs exemptions decreased by 0.15% in public schools in one year. Nevertheless, there are still counties in California where less than 80% of kindergartners are vaccinated. These include, but are not limited to, counties that have high rates of personal beliefs exemption.

With the implementation of these new laws, rates for vaccinations—especially among schoolchildren—are expected to approach 100%. Yet, tension still remains. First, a group of parents still gives into claims that vaccines have harmful effects on children’s immune systems and may cause conditions like autism, though many such causal links have been scientifically discredited. Because prominent, long-time opponents of vaccines have often focused on the alleged adverse effects of certain vaccines and have avoided deep discussion of the impact of vaccine-preventable diseases, false beliefs have spread. This has been a substantial and lasting trend. Second, parents can no longer validate exemption from vaccination due to religious beliefs, which are seen as fundamental rights to be protected. However, some suggest not many religions are known to be stringently against vaccination. Finally, according to the California Coalition for Vaccine Choice, the new laws represent a strict mandate that restrict many people’s rights for and access to education and work. Those adults who are not vaccinated are subject to denial of work licenses, whereas children may be kept out of school for unnecessarily long periods due to their status as non-vaccinated. What can be perceived as a violation of fundamental rights guaranteed by the state must be weighed against the public health of entire communities.

In the midst of debate surrounding the implementation of new vaccine laws, California has been touched by another outbreak. This time, it is not measles—it is the Zika virus, transmitted by Aedes mosquitoes and involving symptoms such as mild fever, skin rashes, muscle and joint pain, and headache. This time, there is no vaccine—at least, not yet. The World Health Organization has declared Zika a “public health emergency,” and the Zika virus has been linked with birth defects, including microcephaly in the babies of infected pregnant women, who have been advised to avoid traveling to areas of possible transmission, as well as Guillain-Barre syndrome, which involves paralysis due to reactions of the immune system.

According to Dr. Anthony Fauci, Director of the National Institute of Allergy and Infectious Diseases, much effort and funding is being directed at developing a vaccine for Zika, as vaccines for similar diseases, including yellow fever, dengue, and West Nile virus, have been developed in the past. Zika vaccines are at least 18 months away from large-scale trials, though 15 groups have been identified as possible participants in the quest for gaining a vaccine. In order to do so, researchers must partner with the government and pharmaceutical companies for both early and advanced development. Researchers at the University of California, Davis and the University of Wisconsin have also aimed to use primates to study the Zika virus in the hope of developing a vaccine. California itself has witnessed three imported cases of Zika in 2016, including a case in Yolo County. Since 2011, mosquitoes transmitting Zika virus have been detected in several California counties, and since 2013, the California Department of Health has confirmed nine cases of Zika. Most cases of the Zika virus in the United States are imported cases, which involve individuals being infected abroad and then experiencing symptoms in the U.S. Nevertheless, caution is needed to prevent local transmission.

The outbreak of the Zika virus, especially in the context of California, makes clear that public health and safety need to be a top priority. Local communities and government must work together to take countermeasures—through mosquito control and avoidance and environmental cleanup. Researchers, through government funding, are rapidly working to develop a vaccine because vaccines are a valid solution. In a greater social context, they allow for self-protection and the consideration and protection of others, and they make eradication possible—according to the U.S. Department of Health and Human Services, “If we continue vaccinating now, and vaccinating completely, parents in the future may be able to trust that some diseases of today will no longer be around to harm their children in the future.” Greater health of the public translates into “long-term cost savings and potential economic growth”—greater productivity in school and the workplace, decreased amounts spent on medical bills, and increased general well-being across socioeconomic groups. Vaccines are valuable, and the government along with the community of researchers and individuals must work together to help prevent the spreading of the virus, before and after a vaccine is developed.

The current epidemic of Zika cases lends credibility to the potential of vaccines. It may reinforce legitimacy of California’s new laws regarding vaccines as researchers scramble to develop one for the Zika virus, in effect supporting the fact that vaccines are an important part of public health and are a benefit to society—and that vaccines may be the most viable option for which to aim. Vaccines can increase productivity and well-being, especially if most of the population is vaccinated. The Zika outbreak suggests that diseases can currently be linked with fatality, though vaccines can turn this around.

Yet, there is still work to be done that is not exclusive to scientific research. Details in state law are important as well. Government restriction of people’s access to education and the workplace does represent important contention that should not be ignored. Keeping a child out of school for extended periods due to a status as non-vaccinated is not conducive to that child’s development and growth. The same is true for employees and caretakers. Overall, new measures and specifications may be necessary to address potential problems that may arise from a child or caretaker being denied from school or work for lengthy time intervals. In the future, the California State Legislature may be forced to make decisions regarding moves to include more diseases, including Zika, for which vaccinations for students are needed, as well as whether to apply a prohibition on personal beliefs exemptions on all laws related to vaccinations.

The outbreak of the Zika virus, in some ways like the measles case, is a reminder that communities and institutions of California State continue to face challenges on the road to a safer and healthier society. Fundamentally, Zika suggests that vaccine-preventable diseases are still an ongoing issue, and while vaccines are a viable solution, there is still a need to increase research, awareness, and trust. The problem of outbreaks does not stop at finding one vaccination or stopping one outbreak of one disease. Zika, like other disease outbreaks, is part of the constant dialogue surrounding public health that applies in California and in other parts of the world. Vaccines are still being developed. Even current vaccines for vaccine-preventable diseases are not 100% guaranteed to be effective and able to prevent all future occurrences of a disease. Balanced discourse about public health, and vaccines in particular, should not be neglected, just as scientific development should not be neglected.

Specifically, in California, in the long-term, when analyzing the state’s implementation of new vaccine laws, parents and caretakers should consider the chance to build healthier communities with available medical technology and treatment. However, the focus should not merely be about forcing the population to abide by rules that will protect the population. It is also necessary to build public trust, especially in health professionals. The scientific evidence in favor of vaccinations is, in some cases, not enough to convince people to vaccinate their children. The media and other outlets must be used to disseminate positive and balanced information, not simply denouncing one side or another. Health officials themselves need to publicly acknowledge the public’s concerns surrounding vaccines and address the roots of other issues that people may conflate with vaccines, and address what the new vaccine laws mean for other issues, including people’s individual rights. They need to strike a balance, replacing fear and dissent with greater dialogue, and replacing the perpetuation of the idea of the infallibility of vaccines with awareness of what vaccines have the great potential of doing—preventing disease and improving social well-being.