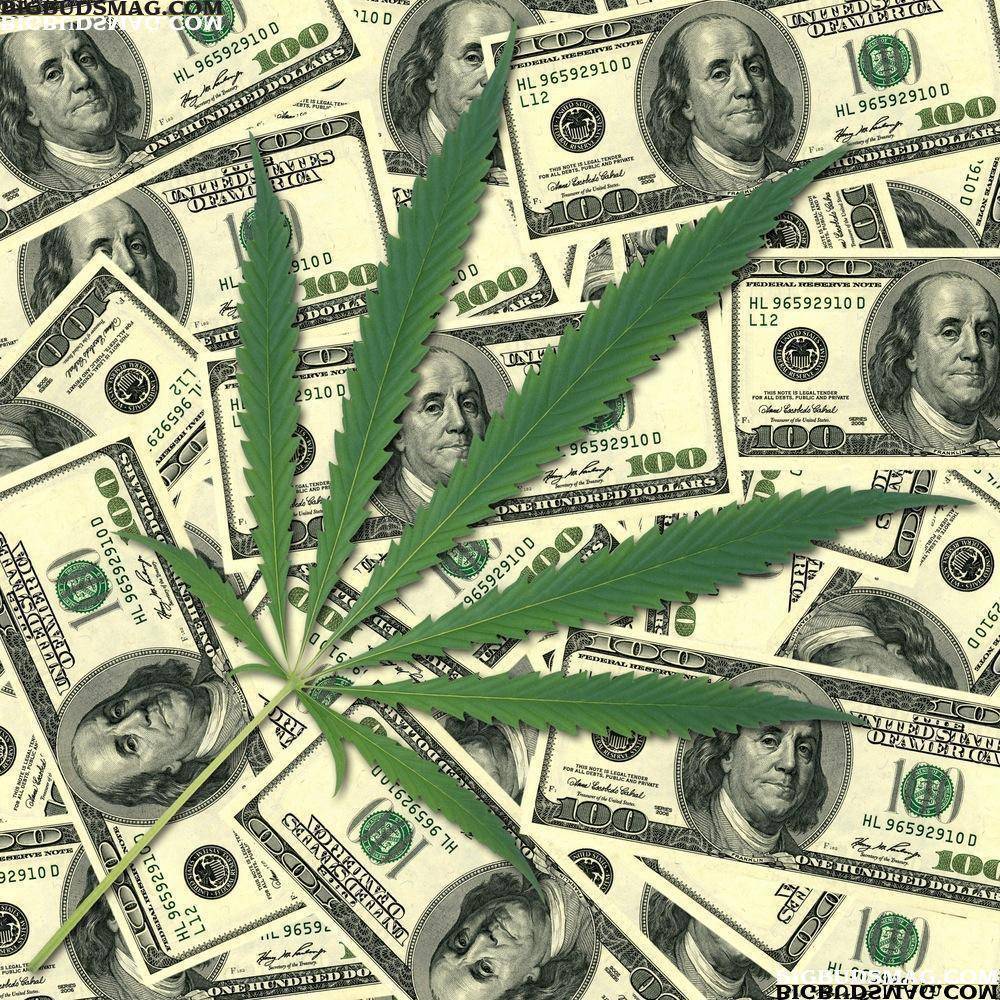 A Blunt Look at the Marijuana Industry

No longer are drug dealers the only people who may profit off this lucrative plant. The marijuana industry has swelled in recent years as weed becomes legal both medically and recreationally in more states, and people are increasingly seeing it as an opportunity for investment.

Legalization has brought an entirely new range of possibilities to this industry. Eaze, a California startup that can be simply explained as “Uber-for-weed,” reflects the potential investors see in this growing market. Eaze offers customers instant home delivery for a wide selection of  medical marijuana products posted online. As Time reports, “In the nine months since its launch, Eaze has made 30,000 deliveries.” Eaze raised $10 million in a Series A funding round, nearly unprecedented in the cannabis industry, signaling a new attitude towards this type of investment. Interestingly, Eaze itself neither produces, nor directly sells weed. It connects its customers to dispensaries and charges a third-party fee. The dispensaries hire their own drivers, and while Eaze provides the “cannabis menu,” it never directly handles the product. Thereby, Eaze consigns all responsibility regarding the legal sale and purchase of marijuana onto the dispensaries and customers themselves, appealing even to investors who may be turned off by the legal risks of other weed-related businesses.

The fast service and overall success of Eaze is heavily dependent on its side-business, EazeMD, which attempts to streamline the process of obtaining a medical marijuana card, a doctor-issued certification which allows owners to legally possess and consume medical marijuana. This company introduces a whole new angle to the medical restrictions on marijuana; rather than letting them be a hindrance to business, it profits off of them. EazeMD is entirely mobile, enabling “legally certified third-party doctors to issue the cannabis card[s]” without ever seeing customers in person, so that in thirty minutes or less they may go on to purchase the full range of Eaze products. Despite the seemingly extralegal character of this operation, as the Medical Board of California states, “There are no legal prohibitions to using technology in the practice of medicine, as long as the practice is done by a California licensed physician.” Other competing startups are pursuing similar models. Meadow, a competitor to Eaze, will “uber” a doctor to your door for a medical marijuana evaluation in a program called CannabisMD. However, these startups do face legal hurdles. Neither Eaze nor its competitors is allowed in Google or Apple’s app stores because of restrictions on marijuana-related apps, and are instead available as web applications. Although this may frustrate some customers, Eaze head of marketing Jamie Feaster maintains that the mobile web design “is responsive and has a lot of the same features that an app would.”

An essential component of the success of Eaze is the prevalence of dispensaries, from where Eaze supplies its menu. Marijuana dispensaries are non-profit collectives of registered medical marijuana patients that grow and sell marijuana to patients. Dispensaries also have to navigate a web of different regulations governing where they may be located, what type of products they may sell, how much of these products, and to whom, regardless of which state they are located in. In Oregon, regulations determine that “Only one quarter ounce of dried leaves and flowers may be purchased by a retail customer in one day.” As long as they abide by legal guidelines, dispensaries are lawful organizations in the eyes of the state, although their legality according to the federal government remains a separate matter. However, as they are restricted to being non-profits, dispensaries as businesses do not make profit, rather their employees’ salaries increase with greater revenue.

Eaze has escaped the traditional “bottleneck” in the marijuana industry: that most people cannot legally buy its product. However, since the legalization of recreational weed in Alaska, Colorado, Oregon, Washington state and Washington D.C, the legal marijuana industry has grown to a multibillion dollar industry, with $5.4 billion in sales in 2015, up from $4.6 billion in 2014. Recreational sales accounted for the majority of this increase, going from $351 million in 2014 to $998 million last year. Troy Dayton, CEO of The ArcView Group, a cannabis industry research and investment firm, reports that in the last year it has become “the fastest growing industry in America.” This industry encompasses cannabis producers and sellers (such as the dispensaries), as well as companies such as Eaze, which find other ways to profit off of the legalization.

Even though the legal marijuana industry paints a rosy picture for investors at first glance, serious legal, economic, political and scientific risks exist and may emerge as the industry matures. As legalization of recreational marijuana continues, businesses like EazeMD may disappear altogether, becoming largely superfluous. Meanwhile, businesses that do survive may experience substantial decreases in retail profits. The high price of marijuana comes from its illegality, just as other drugs such as cocaine or LSD. If weed was legalized, this risk-based price inflation would become unnecessary. In Uruguay, which legalized marijuana in December, 2013, the cost to produce marijuana averages $14/oz, and the government-determined price is $28/oz, “less than 10% of what it costs to obtain it the US” and far lower than what it cost to obtain illegally. While this is an extreme example, Colorado, the first state to legalize marijuana for recreational use, has experienced price drops as well. A 2015 Convergex survey found that in the United States between June 2014 and June 2015, “the average price of an 1/8th ounce of recreational cannabis has dropped from $50-$70 to $30-$45 currently; an ounce now sells for between $250 and $300 on average compared to $300-$400 last year.” The black market retains only 40% of the market in Colorado, and must now undercut legal prices to stay competitive. Forced to compete with legal dispensaries in price, black market dealers often turn to exporting to make a profit. State attorneys from Nebraska and Oklahoma have even sued Colorado because extensive amount of weed coming across its borders. Right now, the weed coming out of legal states such as Colorado and Washington is influencing the medical marijuana and black market marijuana markets in other states. However, eventually as more states go through the process of legalization, “the dynamics of the marijuana black market will begin to resemble those of America’s tobacco and alcohol black markets. There are still people selling untaxed loose cigarettes and running moonshine even though the vast majority of consumers prefer going to the store to buy smokes and alcohol legally.”

Furthermore, government regulation of marijuana may actually increase with its decriminalization. Along with the medley of laws governing dispensaries, there exist taxes to profit off of this newly public industry. In Colorado, “marijuana is subject to a 2.9% sales tax, plus a 10% tax on retail marijuana sales, plus a 15% excise tax based on the average wholesale price,” while in Oregon there is a flat 25% tax on all recreational marijuana sales. These taxes would act similarly to those on cigarettes and alcohol in some states, so-called “sin taxes” levied in order to discourage consumption. From 1970 to 2013, the tax on cigarettes increased more than tenfold; and national consumption decreased from 37.4% of the population in 1970 to 19% in 2011. If marijuana follows a similar tax trend, then consumption may either decrease or switch back to the black market, sinking profits.

Additionally, marijuana is still illegal federally, and while the Obama administration has a policy of non-enforcement in states that have legalized it, the next administration may take a different approach. Presidential candidate Marco Rubio has taken a strong stance against legalization in his 2016 campaigns, and his fellow GOP candidates. Because of the federal law, businesses dealing with recreational marijuana are not seen as legitimate. Jan Cole, owner of a dispensary in Colorado, estimates that she “pays 50 percent of net revenue in federal taxes because a 1982 law prohibits businesses such as hers from claiming typical business deductions,” making it very difficult to profit long term. Further, many banks and credit unions do not allow dispensaries to hold accounts.

Apart from the risks, investing in marijuana also has ethical implications. Similar to the tobacco industry, gun manufacturers, or the oil and gas industry, investing in weed may go against investors’ moral standards. The health implications of using marijuana remain very controversial. Some doctors reject the claim that there are any significant negative effects. In fact, research by the National Bureau of Economic Research in 2015 found that medical marijuana use decreases rates of opioid addiction and death, while a Canadian study found that marijuana use decreases alcohol abuse and illicit drug use. It has also been linked to lowering obesity. However, others claim it has serious adverse effects on brain development. A 2014 study published in the Journal of Neuroscience links even light to moderate marijuana use to changes in the size and shape of two regions of the brain involved in emotion and motivation, and a 2015 study for JAMA Psychiatry found thinning of the cortical thickness of the brain in boys using marijuana regularly. However, these newfound risks do not seem to currently be affecting consumption. Marijuana use in United States increased from 14.5 million users to 19.8 million users from 2007 to 2013. This raises questions about whether the industry may be taking advantage of ill-informed consumers and how long it can continue to do so.

Moreover, beyond health implications, the recent nature of marijuana decriminalization raises questions about the leaders of the industry: “as with any emerging industry, the first movers will be those who already possess an intimate knowledge of said industry. And in the case of marijuana, that means people who were running illegal businesses. So if you invest in their companies, you’re entrusting your capital to someone who’s willing to break the law.” As an investor, this may be discouraging. As Lewis Humphries writes for Investopedia, “Your task as an investor is to balance the need for profit with your own moral standards and create a portfolio that reflects your most earnest personal beliefs.”

Undeniably, the marijuana industry has considerable potential. Sales will likely continue to grow, and more states are lined up for legalization legislature in 2016. There has always been money in drugs, but for once, it is legal. Whether investors take advantage of this opportunity is yet to be seen.