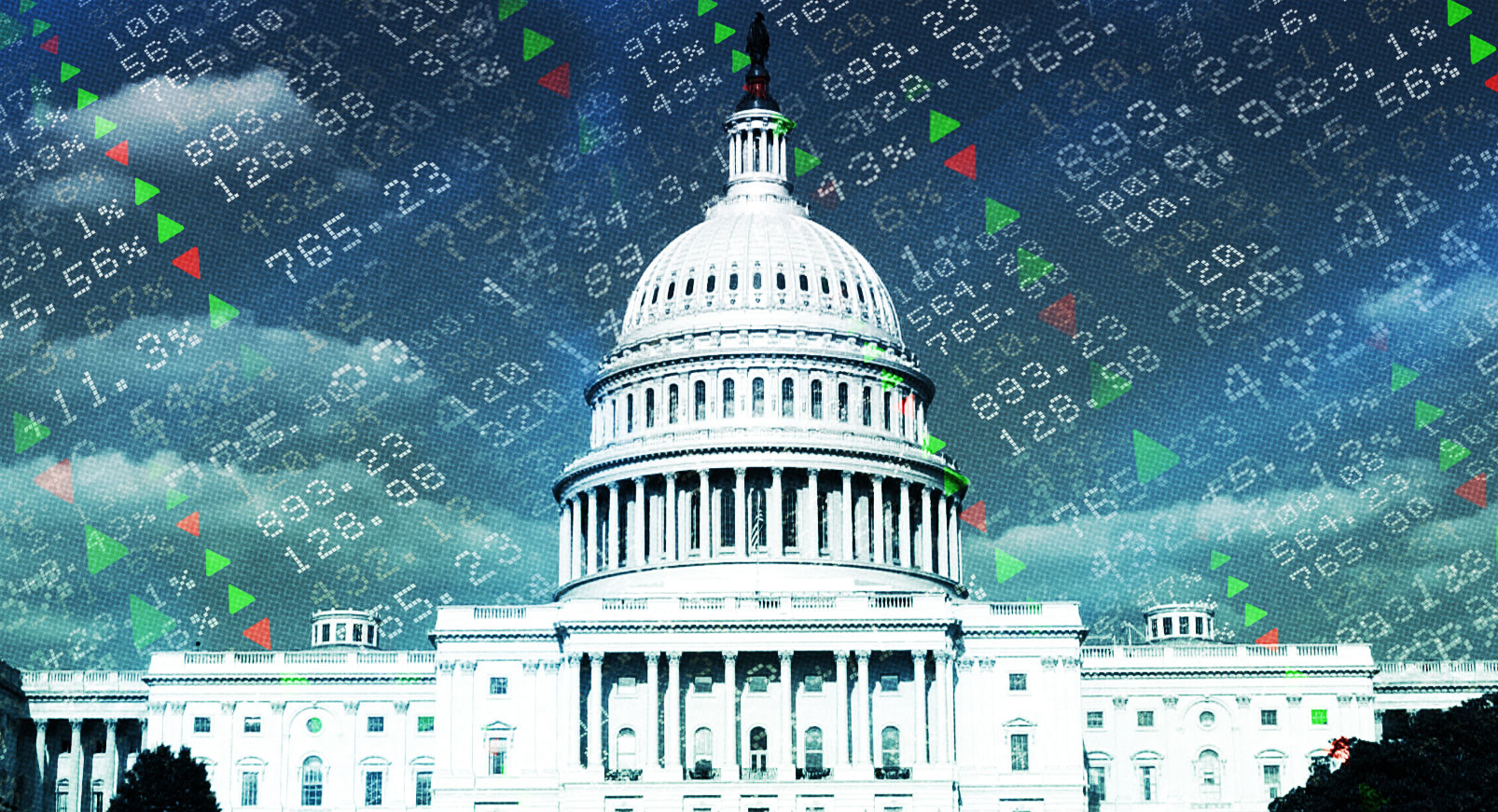 The Shadiness of Congressional Stock Trading

By Jenessa Henderson on December 7, 2022

In late January 2020, members of the Senate Intelligence Committee met with CDC director Robert Redfield and White House pandemic adviser Dr. Anthony Fauci. Senators were briefed with sensitive information about the coronavirus pandemic and its likely future impact on the economy, jobs, and the stock market. While telling the American public that there wasn’t much to worry about, they bailed out of some of their own stock holdings to avoid large losses. Multiple United States Senators, notably, Richard Burr (R), Kelly Loeffler (R), Jim Inhofe (R), Dianne Feinstein (D), David Perdue (R), and John Hoeven (R), all sold stock from different companies ahead of the stock market crash of February 2020.

People began calling for investigations into the senators’ financial dealings and demanding they resign. As Jack Kelly, a senior contributor for Forbes, stated soon after the news broke, “At face value, they look like they are flouting the law and taking advantage of private information only available to them. It’s frightening how arrogant or clueless they are to be unaware of how the public views this perceived breach of trust. At a time when we are depending upon our leaders in Congress, the appearance is that they are looking out for themselves.”

What is stock trading, and why is it controversial for members of Congress to take part in it? Stock trading refers to the buying and selling shares within a particular company so that if you own the stock, you own a piece of the company. Stock trading can easily become insider trading when one has access to confidential information that gives them an advantage in the stock exchange. Insider trading is illegal, and as I explain later in this article, it is difficult to prove.

It wasn’t until 2012 that members of Congress were prohibited from insider trading. Up until the 2008 financial crisis, lawmakers did not face many restrictions, and the public was not too aware of insider trading. Yet, when the post-2008 recession resulted in more Americans expressing disapproval towards greed and corruption, news media began to bring more attention to insider trading by elected officials. With the American public becoming less trusting of the government, Congress saw fit to hold itself accountable in the eyes of the public.

The Stop Trading on Congressional Knowledge (STOCK) Act was passed into law in 2012.  According to a press release from the Obama White House, after the STOCK act was signed, the act affirms that “Members of Congress and staff are not exempt from the insider trading prohibitions of federal securities laws and gives House and Senate ethics committees authority to implement additional ethics rules… Members and staff owe a duty to the citizens of the United States not to misappropriate nonpublic information to make a profit.”

Senator Richard Burr (R-NC) was only one of three senators opposed to the bill because he believed there was no reason to regulate the sharing of information for profit. In a 2012 radio interview, he described himself as a “brave soul” for going against the bill, stating, “We should be taking up real legislation. It’s like me saying to [you], ‘before you come to work this morning and you’re going to drive your car, I’m going to pass a law that says you have to have a driver’s license… I mean, it’s insane.”

Oddly enough, his nearly decade-old sentiments became relevant once again after it was revealed that after an early coronavirus briefing, Burr sold a significant share of his stocks before the outbreak upended the markets. It was reported that Burr, as the Chairman of the Senate Intelligence Committee, sold 33 stocks shared by him and his spouse that was estimated to be worth between $628,000 and $1.72 million on February 13, 2020. Days before, he co-authored an op-ed assuring the public that “the United States today is better prepared than ever before to face emerging public health threats, like the coronavirus.” He wrote, “No matter the outbreak or threat, Congress and the federal government have been vigilant in identifying gaps in its readiness efforts and improving its response capabilities.” At that point, the Senate Intelligence Committee was said to have been getting daily briefings on the virus.

Burr’s actions sparked more outrage after NPR released an audio clipping of Burr speaking at a luncheon organized by the Tar Heel Circle, which consists of North Carolina business leaders, just two weeks later. In a much more alarming message, he says, “There’s one thing that I can tell you about this: It is much more aggressive in its transmission than anything that we have seen in recent history…It is probably more akin to the 1918 pandemic.” Despite vehemently denying the allegations against him, Burr resigned as Chairman of the Senate Intelligence Committee in May 2020.

There’s wide agreement amongst voters that Congressmembers should not be involved in stock trading. In January 2020, a survey commissioned by the conservative advocacy group Convention of States Action found that 76 percent of voters believe lawmakers and their spouses have an “unfair advantage” in the stock market. Just 5 percent of respondents approved of members trading stocks, while 19 percent gave no opinion.

“In an era of hyper-partisanship, voters in all parties agree that members of Congress should not be enriching themselves using ‘insider information’ while serving the people,” Mark Meckler, the group’s president, said in a statement. “This issue has received a lot of attention, and this data verifies the American people want this practice to end once and for all.”

After the COVID-19 pandemic upended most Americans’ ideas of normalcy and revealed the state of corruption, greed, and inequality in the government, the country began to look towards political systems as changeable entities.

This has all sparked new energy for the movement to prevent members of Congress from trading stocks while in office. Multiple bills have been introduced in the House and Senate aiming to do just that — albeit with differing levels of severity and questions surrounding who exactly will be targeted.

One of the more stringent bills, introduced by Senators Jon Ossoff (D-GA) and Mark Kelly (D-AZ) earlier this year, states that legislators, their spouses, and any dependent children must put their stocks and other investment assets into a blind trust managed by an independent party for the duration of their congressional career. According to Ossoff’s office, the penalty for violating the bill’s requirement would be a fine equivalent to the member’s entire congressional salary.

The Ossoff-Kelly bill is closely modeled after a bipartisan House bill, which was first introduced by Reps. Abigail Spanberger (D-VA) and Chip Roy (R-TX) in 2020 and reintroduced in 2021. The TRUST in Congress Act doesn’t cover other asset classes like mutual funds or government bonds, as its Senate counterpart does, but would still impose substantial divestment requirements on lawmakers.

“If placing limitations on how we can buy and sell stock makes it so that someone trusts us a bit more — Congress doesn’t have a great approval rating — I think that is a quote-unquote sacrifice we should make to positively affirm we are deserving of that trust, or to positively affirm we are working for the American people and not our pocketbooks,” Spanberger told the Washington Post in January this year.

Therein lies the heart of this issue. Congressional insider trading is getting a lot of attention for a lot of reasons — including questionable intent, greed in politics, and, most importantly, trust in government. For decades, there has been a clear lack of trust in politicians, which has resulted in the hyper-partisan political landscape we see today. If banning Congressional stock trades means just a little more public belief that politicians are operating on behalf of their constituents and not their own self-interests, then there is so much good that can possibly come from it.

With House leaders stating that they will be postponing a vote on legislation to limit stock trading by lawmakers until after the midterm elections, there may still be hope that Congress will break its long-standing reluctance to self-regulate and hold itself accountable.