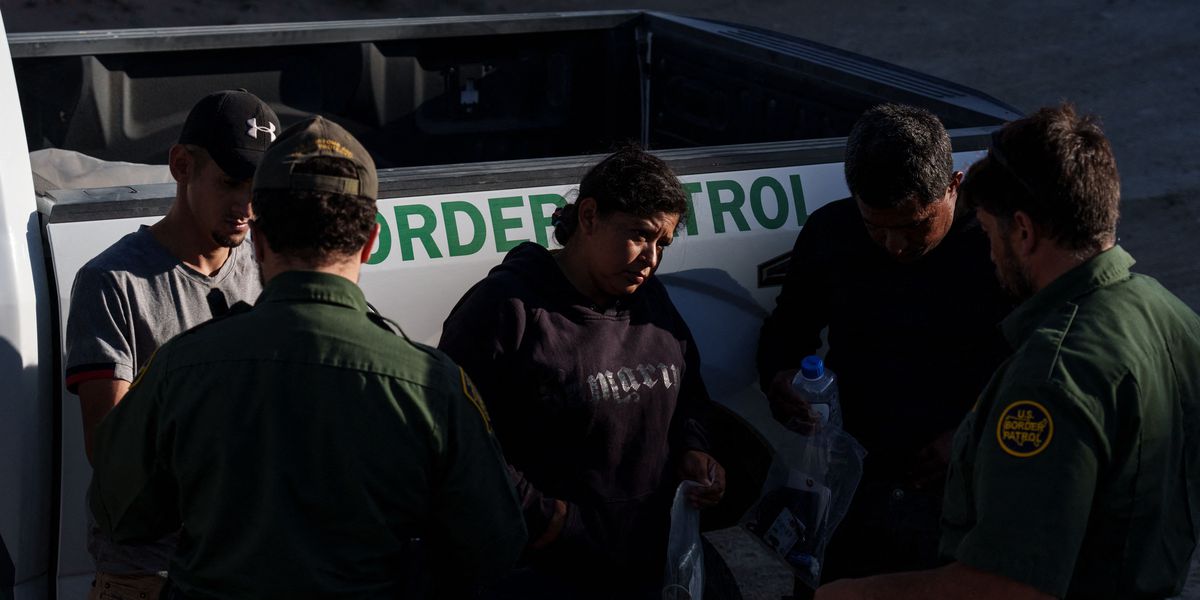 A Case of Declining Power for Citizens

In a summer of miserable Supreme Court decisions, the decision in Egbert v. Boule never quite made it to the public eye. Despite its massive implications, the case was lost to slew of front-page decisions. Now, as summer has come to a close and we have had time to understand the busy June season, it is time to bring Boule into focus.

Egbert v. Boule is complicated, but revolves around this core question: is it possible for federal officers to be sued for violating the constitutional rights of individuals? In this case, the federal officer is a Border Patrol agent, but federal officers can range from the CIA to the FBI to the Capitol Police. The power of such a vast array of officers with such influential positions under question means this case is important for Americans to understand.

Basics of the case

The case revolves around plaintiff Robert Boule, who tried to sue federal officer Erik Egbert for violating his First and Fourth Amendment rights. Boule claims Egbert physically assaulted him, and then acted in retaliation when he complained to the officer’s supervisor.  Robert Boule is a U.S. citizen who owns a bed and breakfast on the Washington-Canada border. It’s called “The Smuggler’s Inn”, a reference to the fact that Boule has, admittedly, had guests who proceeded to illegally cross the border.

One March afternoon in 2014, a legal immigrant from Turkey was scheduled to arrive at the inn. Erik Egbert, a Border Patrol agent, caught word of this and was suspicious of the guest’s legal presence in the United States. To investigate, Egbert drove to the inn and waited there until the guest in question arrived, leading to an altercation with Boule. Boule alleged that Egbert was planning to search the guest’s car without a warrant, so when the guest arrived, he stood between their car and Egbert’s. Egbert then allegedly pushed Boule to the ground, leaving Boule with injuries that required him to later seek medical treatment.

Soon after the altercation, Boule complained to Egbert’s supervisor about this incident. Allegedly, Egbert heard about this and, in retaliation, suggested to the IRS that they investigate Boule and his inn for smuggling. This led Boule to file a lawsuit against Egbert for violating his First and Fourth Amendment rights.   . The violation of the First Amendment is attributed to the alleged unlawful retaliation against Boule’s complaint, as speaking to a supervisor is free speech and retaliation was brought through another governmental entity  The Fourth Amendment violation is Egbert’s use of “excessive force” against Boule.

The problem here is that while U.S. Code § 1983 establishes that state law enforcement officers can be sued for violating constitutional rights, there is no such law authorizing lawsuits against federal officers. There is only the case Bivens v. Six Unknown Named Agents (1971), in which the Court established that federal officials can be sued when they blatantly violate constitutional rights and act outside of their authority. However, in subsequent cases, the Court reduced the scope of Bivens and imposed obstacles on people trying to sue federal officers.

The most recent Bivens case before the Court was Hernandez v. Mesa (2020), in which the Court determined that Bivens does not apply to a cross-border shooting. According to the Court, a Border Patrol agent who shot and killed a Mexican teenager while standing on U.S. soil could not be sued because this could create national security risks. This recent limitation on Bivens did not bode well for Boule—the Court decided that federal officers cannot be sued in cases related to border security.

Though the case was overall low profile, investment among advocacy groups and private interests was high. Papers across the nation, alongside the ACLU and advocacy groups similarly invested in protecting justice and ensuring accountability, filed amicus curiae briefs in favor of Boule. These briefs hint at the understanding that concerns about this case and its ramifications expand far beyond the case itself, setting dangerous precedent both in relation to the fourth amendment and protection from retaliation for first amendment speech.

There were, however, many briefs also filed in support of the petitioner. Most come from the side of the government; the National ICE Council and the National Border Patrol Council supported Egbert’s claim that he cannot be sued. They and others arguing in favor of Egbert believe that officers should be trusted to do what they must to keep the United States safe, and are concerned that restrictions placed upon them could make it harder to do their job.

This case was an especially high priority for those who wish to protect immigrants in the United States. The past years have been beset with stories of ICE raids and increasingly harsh immigration policies. Biden is failing to deliver on immigration promises, leaving Trump-era policies in place, a concerning move for immigrants and immigrant advocates across the U.S.  Not only that, but the Department of Justice under Biden in fact filed a brief in favor of Egbert. This speaks to a particular tension that can be seen within the Biden administration, where rhetoric around civil rights and immigration often does not align with the actual actions of the administration. Filing in favor of Egbert places the Biden administration against civil rights and in line with Trump-era policies; and, because the case was generally low-profile, this action flew under the radar of the public.

This June, the Court announced its decision: Boule was not allowed to sue Egbert for violating his constitutional rights by using excessive force and retaliating against him.  Technically, Bivens was not overruled – but the Court mentioned that if it were to decide Bivens today, it would not have recognized the right to sue federal officials at all. In a concurring opinion, Justice Neil Gorsuch stated that he would like Bivens to be overruled,–  demonstrating that it  has very little power left. Citizens have little legal recourse for violations of their constitutional rights. They can still submit complaints to officers’ agencies, but given what happened to Boule when he did so, this is hardly an option people are likely to feel confident in. Suits like this will only be possible if they are specifically authorized by Congress.

The power and immunity granted to federal officers in the wake of Boule is horrifying; Border Patrol agents, in particular, may feel emboldened to further violate citizens’ rights with no threat of consequences, as citizens will have no way to achieve justice even if their most fundamental rights are violated. Now, Border Patrol is still expected to obey the law and respect constitutional rights. However, when there are functionally no mechanisms by which to enforce this, it brings t into question how much—if anything—this expectation means.

Boule is another chapter in the story of law enforcement officers who commit violence and show blatant disregard for the very law they are supposed to enforce, only to face no punishment for it. It is a decision that may easily fly under the public radar—its complicated logistics and reliance on precedent make it less accessible than more clear-cut cases, and general publicity has been low. But the damage it could do to the rights of citizens across the United States is massive, so a close eye must be kept on the decision’s effects.

Along with Vega v. Tekoh,  which made it impossible to sue officers for not reading Miranda rights prior to taking testimony, this season of decisions has demonstrated a significant decrease in accountability for law enforcement. Boule is also an example of another trend this season: we are seeing a court that dodges its own responsibility, preferring to delegate to Congress matters that will never be resolved there.

Furthermore, this case demonstrates the interesting perspectives of the current Court on legal precedent; the Court does not, overall, seem to care for it. Similarly to Dobbs v. Jackson, the much-more publicized case in which the Court overturned Roe v. Wade and held that there is no constitutional right to abortion, Egbert v. Boule e demonstrates the Court’s willingness to functionally overrule about fifty years of precedent.