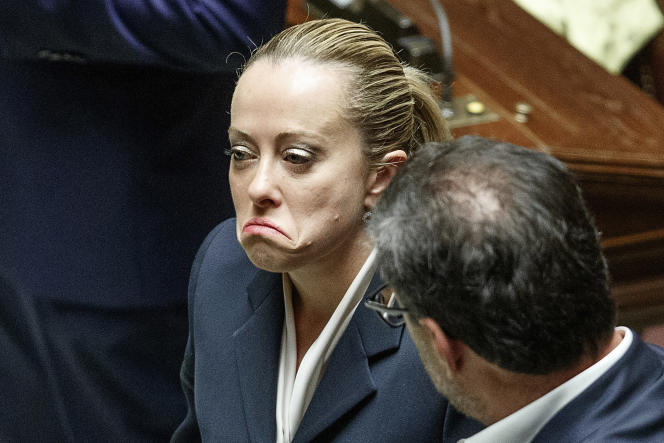 Swedish voters went to the polls on September 11th as the last remnants of summer clinging in the air began to dissipate in expectation of the colder months ahead. As the results began to roll out, lawmakers around Europe could feel chills running down their spines. Swedish Democrats, the far-right nationalist party, had managed to emerge as the second-largest party in the new Riksdag. Likewise, in sunny Italy, the Brothers of Italy, one of the successors of the post-World War Two Italian fascist movement, took the most seats in the September 25th election. Its leader, Giorgia Meloni, is now poised to become Italy’s next prime minister. With nativism and populism making ripples across Europe and uncertainties over how the Russo-Ukrainian War will affect the bloc, is the European Union’s winter coming?

In all fairness, this year wasn’t the first time the European Union experienced a surge in far-right politics. Denmark, France, the United Kingdom, and Greece, among others, saw their own nationalist and extremist parties rise into prominence in the early to mid-2010s. Yet their electoral success was short-lived. One after another, they began to see their popularity plummet as the traditional center-left and center-right parties rebounded back into the spotlight. Many commentators at the time, thus argued that the far-right surge was temporary. They believed that the mainstream political parties would learn from their defeats and win over the hearts of their electorates again. Indeed, for a period of time, they were right. Voters in Bulgaria and Czechia, for example, took to the ballot boxes and voted out their populist governments in favor of their more sensible and moderate counterparts. Up until the COVID-19 pandemic, traditional and mainstream parties headed the vast majority of EU countries, including the EU Parliament. So what has changed?

In the 2021 study conducted by ​​the YouGov-Cambridge Globalism Project on populism, researchers found that although the concept of populism has decreased in popularity in Europe, populist voters and their views are becoming more radicalized thanks to the pandemic and economic factors. Further, populism continued to live on strong in certain European countries. A rise can be seen in Italy, where the right-wing populist parties won a collective 40% of the votes compared to just 33% four years ago. Through the power of the media, these radicalized opinions are subsequently influencing the wider society. Such trends have already begun to emerge across the continent. In the French elections earlier this year, Macron’s implementation of vaccine mandates, for example, proved to be both controversial and unpopular with the French population. Along with other factors such as uncertainties around the rising cost of living and the Ukrainian war, the vaccine resistance led to Macron’s party losing its majority in the National Assembly while populist far-left and far-right parties made significant seat gains.

In Hungary, the main opposition parties joined forces for the first time in the 2022 parliamentary election in an attempt to unseat Viktor Orbán, the far-right and deeply populist prime minister. Many political observers in the EU hoped that a victory by the opposition coalition could bring Hungary back to the tenets of European values and identity. The result, however, was a crushing victory for Viktor Orbán and populism, where his party not only held onto its majority but also expanded its vote share and seat count.

The above examples have a worryingly high possibility of being replicated across Europe today. Voters, in general, are dissatisfied with the rising costs of living and the sluggish economy. Further, the Russo-Ukrainian War could create a winter of mayhem across the continent. The European Union has already imposed a series of sanction packages that drastically decrease the amount of Russian energy, which Europe heavily relies on, flowing into the bloc. Further, Russia’s decision to shut down its gas pipelines will certainly wreak havoc on the bloc’s economy this winter. Subsequently, European fuel prices and, thereafter, the cost of living will continue to remain high over the foreseeable future. Once the electorate becomes fed up with high costs, it will likely turn to populism and extremism in the search for solutions, as seen in both Italy and Sweden. Combined with populist sensationalistic rhetoric, populism will increase its grasp on Europe, now stronger all the more.

The short answer: It will be worse off than ever.

Populist parties are propaganda machines. They know how to utilize people’s concerns over their economic and social well-being and turn them into flames of anger toward the existing government. Le Pen in France and Meloni in Italy are already relying on this tactic. Despite their gift with words, populist leaders often lack experience and a coherent political platform and thus would govern poorly. Five Star Movement, the winner in the 2018 Italian elections, was a clear example of this problem. Their claimed adherence to environmental and political reforms, for instance, never transpired into any of the much-needed changes such as banning cars in inner Rome or political transparency. Yet if the opportunity arises, they will not hesitate to clinch onto power using scare tactics and generating scapegoats for their own failures.

Viktor Orbán, for example, used his parliamentary majority to stack the courts, silence independent media, influence the education system, and implement unfair electoral regulations. He then blamed his mismanagement of Hungary on individuals like George Soros and the wider “liberal democratic and globalist” conspiracy. Thus, a populist Europe would be a collective of underperforming countries with sluggish economies and eroding democratic principles.

On the EU level, populists could potentially bring down the bloc. Individuals like Viktor Orbán have been objecting to or even vetoing major European initiatives while also enjoying the various economic benefits of having his country within the wider union. Despite Hungary’s contradictions with almost every standing European principle, the bloc cannot kick it out due to the lack of such provisions.

Indeed, a populist-dominated Europe will most likely not see a mass wave of countries exiting the EU. Instead, they will be parasites leeching onto the single market and other economic benefits while criticizing the bloc and vetoing any bloc-wide legislation that could be harmful to their own political positions. Further, some economic populists would choose not to abide by the EU standards and regulations. The long-established efforts of European integration would stall and eventually backtrack. Disunity in economic, social, and foreign policy would not only make the EU weaker to adversaries like Russia but any reforms that would better the bloc would be filibustered and vetoed by a coalition of populists. In the end, the European Union would wither away as its influence and power over constituent countries would dwindle into nothingness.

So what can be done? To be honest, not much. The European Union, despite the potential economic disadvantages and rising gas prices, should continue to support Ukraine in its defense against Russia. By not doing so, the bloc would send a signal of weakness against Russia while going against its principles of democracy, rule of law, and commitment to human rights. Mainstream politicians should understand, however, that the rising cost of living is detrimental to their parties’ political success. The European Central Bank should continue its monetary policy of bringing down inflation, albeit more aggressively, in order to curb the rising costs in a short period of time and limit further damage.

Further, the EU should funnel money into finding alternative sources of energy in countries like Norway and Canada in order to meet its short-term needs while accelerating its embrace of sustainable energy so that it could fundamentally cut itself off from Russia. Voters should also understand that mainstream parties in their countries are best poised to handle the current economic crisis due to their more extensive experience. Populist and extremist rhetorics, as appealing as they could sound, are myopic and fundamentally dangerous.

The future of the European Union is more perilous than ever. The rise of populism must be nipped in its bud through voting booths and debunking their lies. Politicians like Viktor Orbán have no place within the European Union, and bloc-wide mechanisms of removing member states must be added in order to stop them from leeching onto a forward-looking Europe. One has to realize that only with political stability can the European Union navigate itself out of the economic downturn and realize its vision of a united Europe.