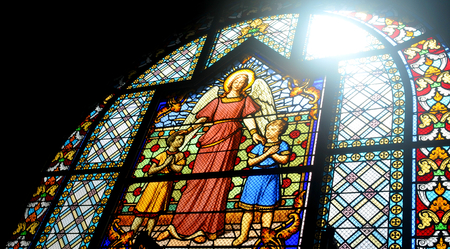 The Untaxed Business of Religion

Each year, religion contributes $1.2 trillion dollars to the country’s economy. However, a large portion of that goes untaxed due to the belief that churches are providing for the community, as any charity or non-profit does. In the past, religion had played a major role in providing a good for society, but that is seen less and less today as the country’s non-profit sector continues to grow, thereby filling the hole that churches once had to provide for.

The fact of the matter is that religion is not charity; it is an entity that donates to charities. If religion were to no longer have this tax exemption, churches would be treated like any group or organization that donates money to charity, where that money donated or given away would remain untaxed. By removing the exemption, churches that are truly non-profits would remain unaffected. Any income that is given away would still remain untaxed, but any money earned but not donated would be taxed, as it should be. With religion’s role today, their current tax exemption status is unnecessary at its best and unconstitutional at its worst.

The First Amendment guarantees all Americans the freedom of religion, and the establishment clause of the First Amendment forbids the United States from making any law “respecting an establishment of religion.” The clause also prohibits the establishment of an official religion, any actions that may favor religion over non-religion, and vice versa. Currently, churches and religious institutions receive tax exemptions and benefits that go above and beyond those received by traditional nonprofit organizations. Perks like housing allowances and automatic exemption without tax returns demonstrate unlawful preferential treatment towards religion.

Religion as a whole is on the decline and religious groups continue to have major infractions in regards to the tax code they continue to benefit from. In an era where separation of church and state is more important now than ever, it is time to sever the tie religion has with our government. Untaxed religion is a government subsidy backed by the taxpayer where the taxpayer is forced to financially support religion despite their own beliefs and alignments. At the end of the day, it is not the government or the taxpayer’s job to financially support religion.

IRS Section 501(c)(3) is the tax code that charities and organizations can apply for to be tax-exempt for any income earned as they do not receive profit. The overarching philosophy backing this is that by not receiving profit and giving all income back to the community there is no need to tax them as no money was made. This was extended to religion as they intend to run as not-for-profit organizations. Consequently, groups that file as churches are automatically exempt and not even required to apply to obtain recognition from the IRS like any other non-profit would have to.

The tax exemption that religions receive applies to their overall income, their property, and a housing allowance for ministers to have a source of untaxed income intended to go to rent, mortgage payments, repairs, utilities, or any home associated expenses. Religious organizations also pay no sales tax or income taxes for businesses they may own if they can be seen as furthering the message of the religion. In contrast, a traditional non-profit only receives income and property tax exemption, which they must complete an annual tax return to maintain their non-profit status.

To be considered a church for the exemption, groups are told they must abide by the following terms:

Violating the Tax Code: No Taxation with Substantial Representation

To remain in accordance with the exemption outlined in 501(c)(3), churches are required to remain non-political. The IRS defines an organization in compliance as one “which does not participate in or intervene in (including the publishing or distributing of statements), any political campaign on behalf of (or in opposition to) any candidate for public office.” The obvious issue with this aspect is that the government does not uphold this rule. As anyone who has lived in America could tell you, many churches and religious groups are actively involved in political issues like abortion, public education, and LGBTQ rights and many advertise their stance on those issues as an appeal to bring new members into their organization.

One particularly egregious example is the Westboro Baptist Church, which is a faith-based organization infamously known for its anti-LGBT, pro-life, antisemitic, and other hateful views. The organization has not shied away from being political as they openly protest their thoughts on political issues and the rights of others and have even found themselves in the Supreme Court. Despite the obvious failure to refrain from political involvement, the Westboro Baptist Church’s tax-exempt status has not been revoked.

In fact, there has only been one church that has had its tax exemption revoked for this violation, the Pierce Creek Church in Binghamton, New York: “in 1992, [the church] bought full-page ads in USA Today and the Washington Times telling Christians to beware of Bill Clinton due to his positions on abortion, condom distribution and gay rights.” However, both of these views are commonly held by modern religious institutions today, and church-backed groups commonly protest outside Planned Parenthood or attend national pro-life marches. Additionally, they often do work on a national level to stifle laws aimed at helping protect LGBTQ rights, as more than $350 million dollars are spent by religious advocacy groups on lobbying against these bills.

The policy preventing political involvement was one of the ways the tax exemption maintained its legitimacy of upholding the separation of church and state. For decades, it was blatantly ignored as religious groups influenced policy while contributing nothing in taxes. In 2018, the House passed a measure that would block the IRS from revoking religious groups of this exemption for engaging in politics despite the rule still standing in the code, meaning despite being in violation of this necessary component of the tax exemption, the IRS is powerless in maintaining its legitimacy.

As part of the First Amendment’s establishment clause, the government isn’t able to favor religion over non-religion. The IRS goes above and beyond to support those churches under 501(c)(3) more than they do for other non-profits under 501(c)(3). This sentiment that the two groups are treated equally falls flat in the fact due to the fact that nonprofits today, unlike their religious counterparts, are still absolutely prohibited from having any political engagement to maintain their tax exemption status.

With how vague and accepting the tax exemption system is in regards to faith, it is no surprise that major organizations have been profiting heavily under the guise of religion. This is demonstrated strongly by none other than the Church of Scientology.

The Church of Scientology has an estimated eight to fifteen million members globally, $500 million dollars in annual revenue, hundreds of thousands of dollars put into lobbying efforts, and a tax exemption status since 1993. The church is quite literally one of the largest money-making schemes in the world. Despite the church’s controversies, which include being an alleged cult, covering up multitudes of assault allegations, refusal to let members leave, and an array of human and civil rights violations, the church is still considered a non-profit and receives tax exemption due to “faith.”

In Clearwater, Florida, the “worldwide spiritual headquarters” of the Church has made a huge impact on the city. In 2019, the church had ownership over 101 acres and 185 properties in downtown Clearwater, which doubled its growth in the area within a two-year period. Due to the church’s tax exemption, none of these properties are being taxed, and, to the disdain of the Clearwater City Council, most are not even being used.

The Council has been struggling in maintaining the downtown area and keeping it a tourist hub to boost the local economy but has found that nearly impossible with an organization that not only doesn’t pay any local taxes but also buys up all the real estate to leave empty. Mark Bunker, a Clearwater City Council Member, describes it as a problem they can’t run from, saying, “if they continue to do things like buy up all the properties and purposefully leave them empty to sabotage the downtown redevelopment, well, unless we’re going to try to seek some way to put a stop to that, I don’t see how that’s going to change.”

Scientology entered Clearwater, is taking over the downtown, and is causing major harm to the economy of the area while still raking in millions of untaxed dollars globally. Even for those who adamantly support leaving churches untaxed, the case of Scientology should be enough to convince anyone that there needs to be stricter regulations on tax exemption status to prevent huge organizations from exploiting loopholes in its application.

Any tax exemption is at the loss of the taxpayer. When taxes aren’t being collected from groups, it needs to be made up by those who do pay and projects that would have received funding had large organizations contributed end up underfunded or ignored. Taxing religion would take down large businesses currently exploiting the loophole and generate hundreds of millions of dollars annually for the United States, as well as reinforcing the separation of church and state in a way that has been needed for decades.

In modern America, is it really the government’s job to outwardly subsidize religion? Should the burden that religion creates be passed onto the taxpayer? And most importantly, is it constitutional to force people to financially support religion regardless of their own beliefs? Not only is it not the job of the taxpayer, but it is also our government favoring religion over the nonreligious and threatening the sanctity of the division of church and state.