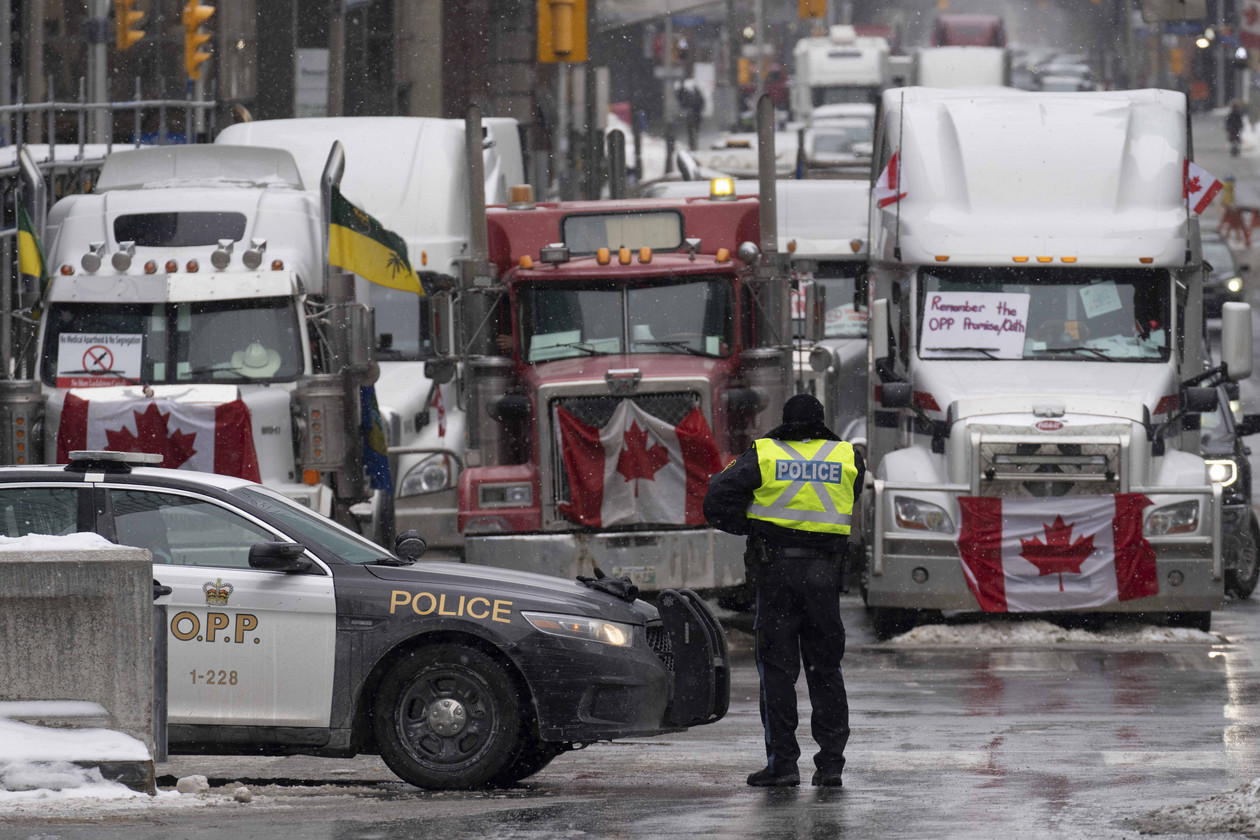 What the Truck Was Going on in Canada?

At the beginning of 2022, hundreds of Canadian truckers took to the roads to protest, in their view, government overreach in the form of vaccine mandates and Covid restrictions.  Hundreds of 18-wheeler trucks sat idle in the streets of Canada’s capital, Ottawa, like a blood clot in the heart of the nation, totally blocking traffic through Ottawa and disrupting the legislative area of the nation.

The average 18-wheeler semi-truck, like the ones driven by the protesters, weighs 80,000 pounds, is 70-80 feet long, and almost 10 feet wide. Multiply this by 400 and there is a big problem, literally. This is what was clogging the streets of Ottawa. The truckers parked their vehicles close to one another to block the traffic in the middle of the city, where Canada’s legislation takes place. This was a calculated strategy to interfere with daily travel, severely disrupt Ottawa’s center and force people to recognize the truckers and their cause. There was no way to avoid what was going on in Ottawa. In February, another group of truckers parked their vehicles on Ambassador Bridge between Detroit, Michigan, and Windsor, Canada. Ambassador bridge is the largest international bridge in the world and the single largest trade route in North America. The blockade brought substantial media attention and international recognition. After four days, the truckers on Ambassador Bridge were removed and ticketed.

In addition to removal and tickets, the Canadian government cracked down on the truckers by freezing access to their GoFundMe earnings, which were around 5 million dollars. The government also halted Crypto wallets amounting to $900,000. With all of their funds frozen and police ready to make arrests, truckers were scared of losing their personal property.

The biggest news regarding the trucker protests was Prime Minister Justin Trudeau’s invocation of the Emergencies Act of the Canadian Constitution. The act grants special powers to the Prime Minister and Parliament for 30 days, like the ability to restrict travel and the power to create new criminal offenses and police powers. This is the first time the Emergencies Act has been used. Its predecessor, the War Measures Act, was only used three times, two of which were during the World Wars. The Emergencies Act gave increased power to the police to clear the protesters in Ottawa. The police were given broader power to fine and imprison protesters as well as tow vehicles. After the police cleared the protesters, 70 vehicles were towed, 191 people were arrested, and 389 charges were brought against the people involved.

Truckers and their advocates argue that the invocation of the Emergencies Act was unconstitutional and inconsistent with current legislation surrounding emergencies, protests, assembly, and free speech. So, is this government oversight and misuse of power? Maybe.

Freedom of expression is upheld in Canada similarly to the United States. To quote from the Canadian Judiciary website, “The protection of freedom of expression is premised upon fundamental principles and values that promote the search for and attainment of truth, participation in social and political decision-making and the opportunity for individual self-fulfillment through expression.” There is particular emphasis on the final sentence, “the opportunity for individual self-fulfillment through expression.” There are some caveats to this. For example, freedom of expression does not extend to all places. Expression and its various forms can be regulated when on private property.

So in terms of the Canadian trucker protests, the self-proclaimed intent of section 2b is to serve democratic discourse, truth-finding, and self-fulfillment. When this is done on government-owned property, as in the case of the trucker protests, the questions to consider are the historical or actual functions of the place they are protesting at and whether other aspects of the given place suggest that expression within it would undermine the values underlying free expression.

They argue that the strict requirements to invoke the Emergencies Act were not met, specifically the declaration of a public order emergency. They argue this on the basis that protests are not emergencies, even if they are disruptive and have criminal elements. The CCF says, “Politicians and police must handle civil disobedience using the laws they have available to them rather than invoking emergency legislation whose criteria they do not meet and which has a dark history of abuse.”

There is an argument about the constitutionality of the invocation of the Emergencies Act. All statutes, orders, and regulations in Canada are subject to the Charter (constitution), including the Emergencies Act. The Canadian Constitutional Foundation argues that “the emergency measures violated the right to free assembly, the right to be free from unreasonable search, and the right to liberty. These violations are not minimally impairing and are not justified infringements, especially given that they have been continued even after the protests have cleared.” They argue that it violates Section 2 explicated rights given in the Canadian constitution, “the declaration of a public order emergency will be seen as a grave mistake that should never be repeated again.”

Trudeau’s justification for using the Emergencies Act was economic. He called the protests illegal and damaging to Canada’s economy.

While Trudeau is to be recognized for upholding Covid mandates to help bolster public health, his use of the Emergencies Act was uncalculated and unneeded. The use of the Emergencies Act against a protest like the trucker protests is unconstitutional and sets a dangerous precedent for future prime ministers. This is a historic event in Canada’s constitutional and social history.