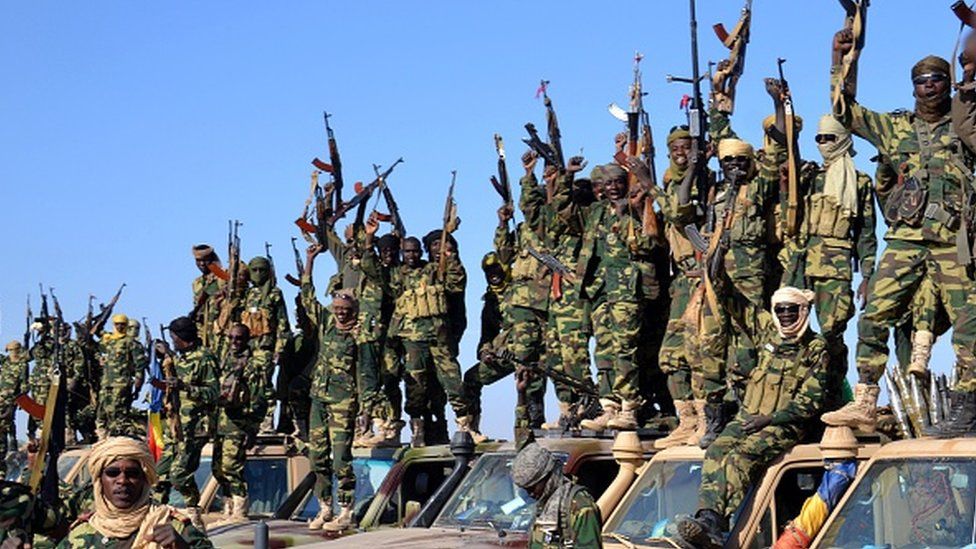 With close to 100,000 deaths occurring in Nigeria, it’s unsettling that the name “Boko Haram” isn’t dominating headlines. The insurgency group has destabilized and devastated the Eastern Nigerian region, leaving a severe humanitarian crisis in their wake.

The militant group has terrorized in the name of a purer Islamic state and to oust the current government regime. As it stands, Boko Haram has displaced nearly 2.4 million Nigerians, and now, violence is spilling over into Cameroon, Chad, and Niger. Those who can not flee the regional conflict have sought protection in the few internally displaced persons camps available. In efforts to fight Boko Haram directly, however, the state opted to close camps in its most insecure region, Borno, putting thousands at risk. These communities have had their shelter removed, are experiencing a severe malnutrition crisis, and are now enduring a disease outbreak due to the disruptions in farming.

“It is unconscionable to uproot people who have already lost everything to the conflict without dignified and sustainable alternatives,” said Anietie Ewang, Nigeria researcher at Human Rights Watch. “The rights and well-being of displaced people and refugees should be the paramount consideration as the authorities navigate the northeast conflict and its impact.”

Boko Haram has been active for around 12 years, and the sheer magnitude of their violence calls into question the capabilities of the Nigerian state. In 2015, President Muhammadu Buhari exalted that Boko Haram had been “technically defeated.” This term rings increasingly hollow as the group continues to destabilize larger and growing areas of Nigeria.

The endemic poverty and sustained insecurity in these regions allow Boko Haram to continue recruitment for future generations. The ideological influence of this group can not be targeted through military strategies. Babagana Zulum, the Borno state governor, even warned that the group is now recruiting those in refugee camps, noting, “If IDPs living in camps and host communities are not given the opportunity to return to their communities to resume farming, they may be forced to join Boko Haram.”

The lack of resources also poses problems for the state; approximately 6.5 million small arms and light weapons are in circulation in Nigeria, yet the security forces only hold 586,000 of them. However, problems around corruption also play into delivering more required resources. After lifting the US arms embargo in 2018, many had hoped this would strengthen the military to defeat Boko Haram for good. Security experts in the region remark that the counter-insurgency is not being fought with “sincerity” and that “it seems some people have turned it into merchandise and are into self-enrichment.”

Streamlining aid to at-risk communities is challenging not only due to corruption but also because displacement camps are overcrowded and hard to reach. Therefore, host communities often have little to offer newcomers. International humanitarian organizations work in these areas, but impacted Nigerians are not receiving the help they so desperately need. In recent months, conflicts with Ukraine have united much of the world to pool resources and assist in the war efforts. This begs the question of whether countries can overcome these same obstacles to reach insecure communities in Nigeria and help in counter-insurgency strategies for the state.

Nigeria has been in this state of emergency for over a decade, and something drastic needs to change to pull the country out. There are, unfortunately, a number of challenges which are hindering stabilization tactics and a concise removal of Boko Haram.

In order to effectively implement local stabilization policies, there needs to be some degree of security. Essentially, there needs to be a foundation to work off, without this, many efforts are in vain. In Northeast Nigeria, where Boko Haram is most rampant, these communities are seeing no end to their displacement, and frequently, new mass population movements are further destabilizing the region. Therefore, local initiatives are struggling to create permanent improvements. For this reason, local government has centered these tactics in more stable areas such as Maiduguri, Mafa LGA, and Biu LGA in Borno and parts of Adamawa and Yobe States.

In many respects, the government itself poses problems. Government corruption is only one layer to the ineffectiveness of international aid, on top of this, the strategies themselves are unsuccessful. In the early years of this crisis, the government opted to focus efforts in a military fashion to eliminate Boko Haram. However, this ignores domestic problems with civilians and, generally, is not working. The combination of the imbalance of weaponry, in conjunction with the ideological nature of Boko Haram means this group is fairly resilient to these strategies. As mentioned before, there needs to be a serious effort to mitigate the problems of poverty and insecurity to remove the Boko Haram base. Furthermore, there is a lack of consensus and communication amongst regional bodies to coordinate response efforts. To fully transform Nigeria, the entire Lake Chad basin needs attention. This is not a solely domestic problem, and to effectively settle displaced populations, reintegrate Boko Haram members, and employ socioeconomic recovery efforts in hard-hit areas, these states need to work together.

Allowing these communities to suffer at the hands of terrorists feels immoral if we have the capability to help. The problem with giving international aid is genuine, and Nigeria is no exception. Fungible resources open up channels of corruption, and volatility and violence pose problems of inaccessibility in these remote regions.

With this in mind, humanitarian aid does have the power to transform lives for the better. Until now, Nigeria has relied on funds from international organizations like the UN. With these resources, the country is able to work towards sustainable development goals. These have included, strengthening data systems, capacities, technologies, and policies to better target impoverished communities. There have been more investments in clean water and sanitation. Notably, efforts have been made to strengthen the coordination between the multiple layers of governance in Nigeria. These are important improvements which should not go unnoticed.

Despite these leaps in progress, these resources are dwindling in the wake of the Russia-Ukraine war. Undoubtedly, this will worsen the human rights climate and put many more at risk. At this pivotal point, funds need to be channeled into the state, not out, and frankly, we have the capacity to help in multiple crises at once.

Nigeria’s state of emergency is no less important than that of Ukraine. More international attention needs to be paid to the severity of this situation. People are without homes, food, or medicine. Boko Haram’s influence is increasing, and Nigerians are running out of options. Few plans are being put into place to end a decade-long humanitarian emergency, in fact, most are halting altogether.

Local-level programs show positive impacts in fighting insecurity and violence. More resources should be funneled into these donor programs to create systematic change. Cross-border strategies at eliminating Boko Haram should be prepared to stop this prevalent issue once and for all, and they should be done across the region, not only in Nigeria. Additionally, showcasing these injustices is essential to garnering more international attention. With this, more bottom-up approaches can be implemented to reap improvements in these communities. With more funds, the state can create more IDP camps and implement plans to integrate refugees into safer regions.

Fighting Boko Haram can not just occur on the battlefield. People are turning to this group out of desperation. Therefore, a multidimensional approach must be taken, one that involves targeting insecurity and poverty just as much as weaponry and fighting. The victims in this situation are the everyday people enduring severe hardships with no end in sight. This is where efforts should be intensified. Nigeria holds so much potential, and with a strategic approach, tangible improvements can be created.