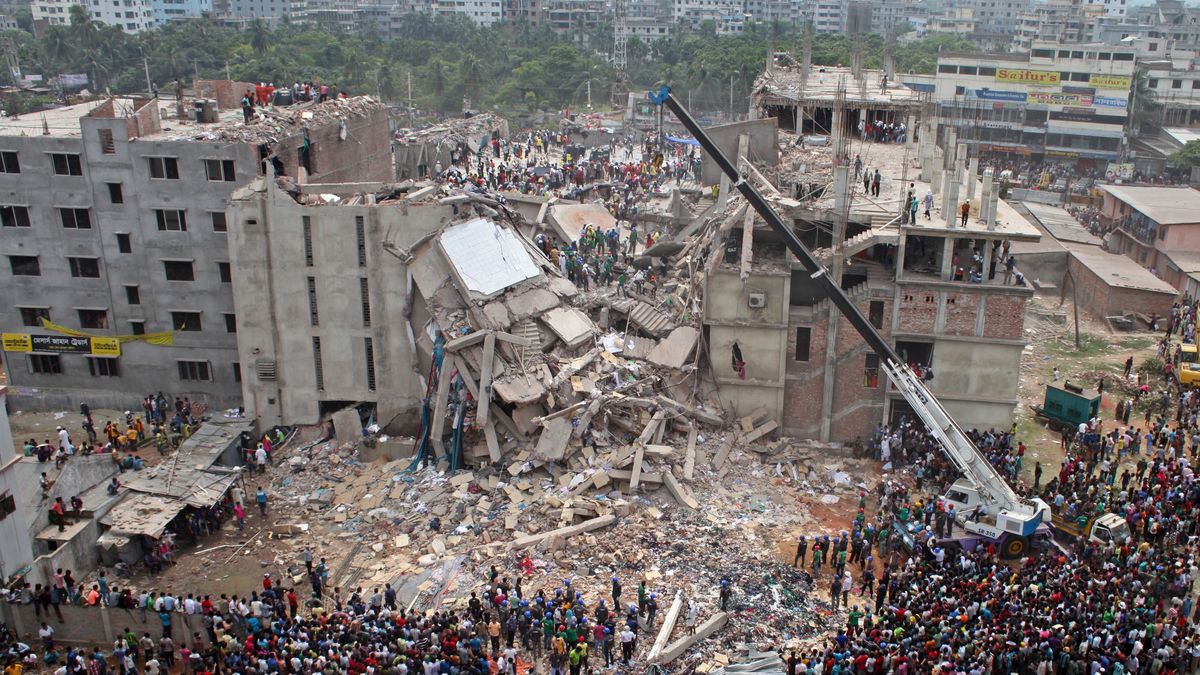 An Open Letter to the Fashion Industry: Forget Your Instagram Posts, Change Your Supply Chain

Fast fashion disproportionately affects women on both the consumer and producer end. According to Vogue Business, “more than half [of women] reported buying most of their clothes from fast-fashion brands” and young women between the ages of 18 and 24 make 80% of fast fashion clothing. This parasitic relationship only became possible in the past few decades: as supply chains globalized and garment factory labor became increasingly outsourced in the 90’s, a huge increase in fashion consumption became possible. With rapidly changing fashion cycles, what’s “in” and what’s “out” changes decidedly as little as a month later. People are now able to buy cheap trendy clothes much quicker and discard them without much regard. As consumer consciousness increases, the way people choose to buy this clothing has changed, and fashion companies have seen the value of “virtue signaling” their support for various social justice movements despite having supply chains that directly undermine them.

Simultaneously, fashion companies saw the market for including buzzwords in their marketing campaigns. The effectiveness of value signaling has been proven time and time again: in 2018, Nike sold more the day after they released statements in solidarity with anti-racism campaigns; something as little as “Just Don’t Do It” garnered widespread support and media attention with over 200,000 likes on Twitter. Similarly, in the midst of the country’s moral reckoning of 2020’s Black Lives Matter Movement, and again during the rise in anti-Asian racism during the Covid-19 pandemic, brands saw an opportunity to capture the attention of conscious consumers. Brands such as Nike and PrettyLittleThing featured people of color with captions claiming how much they “stood for diversity” and were “against Asian-American Hate.”

And though the visibility of these women of color in major fashion brands is an importance not to be understated, it exemplifies the fashion industry’s hypocrisies. These very brands that claim to stand for women of color are dependent on the use of cheap sweatshop labor—the majority of whom are young southeast Asian and Asian women of color. With fashion cycles now faster than ever before—4 seasons a mere couple decades ago to 52 “micro seasons today”—garment factories push their workers to work at unsustainable and inhumane rates, often resulting in injuries and leaving them vulnerable to physical and sexual violence. Jennifer Rosenbaum, US director of Global Labor Justice, explains the issue:

What appears to have occurred is the realization of the efficacy of disingenuous value-signaling to customers as customers become increasingly conscious of social justice issues, as well as the power their dollars hold. However, companies have realized they don’t necessarily have to actually change their business practices to sell these values to customers. “People shop with their values now – but brands haven’t changed theirs,” says ethical fashion advocate Ruth MacGilp to fast fashion activist Cruickshank in an interview. Ruth continues, “they’ve just changed the way they communicate them.” In the wake of BLM, companies realized they no longer could stay silent on social justice issues. Instead, “they’d rather put something out, whether that’s truly reflective of their business or not,” says Cruickshank. Though the hope with the increase in consumer consciousness was that customers’ demand for ethically sourced clothing would push business practices in that direction, what has actually arisen out of the subsequent success of these marketing ploys is an exemplification of the lack of accountability within these corporations.

Though regulations have been proposed and debated for decades, the matter of regulating the industry remains tricky. Many of the countries with the worst garment factory conditions lack the infrastructure to enforce any regulations, so various voluntary pacts have been made globally to adhere to just labor conditions and environmental output.  These pacts typically arise after a monumental event highlighting the catastrophes of the industry. After one particularly horrible characteristic incident in which the Rana factory collapsed, killing over a thousand garment workers and wounding hundreds others, many fashion companies signed an agreement pledging to enforce fire and building safety regulations in their garment factories. However, no large scale market regulation has actually occurred. Brands are at an at-will ability to decide how much they are willing to follow ethical guidelines set out, and oftentimes pawn off the blame of the poor working conditions to the factories themselves. Once again, voluntary pact or no pact, brands continue to “self-regulate” themselves by simply not self-regulating. Though any increase in regulation and responsibility from major fast fashion country players would be a step in the right direction, it could easily be circumvented; companies could merely outsource labor to a less regulated or less legally institutionally supported country. In a time when our supply chains, and the consequences of unethical ones, are exceedingly global, from human rights abuses to environmental detriments, we must look to international regulations as the solution.

As fashion companies themselves continue to profit from these ideas of inclusivity, social responsibility and a larger global consciousness, it is time that we hold them accountable to extending their bubble of care from beyond women of color that are marketable, but also to the women of color who produce their clothing.