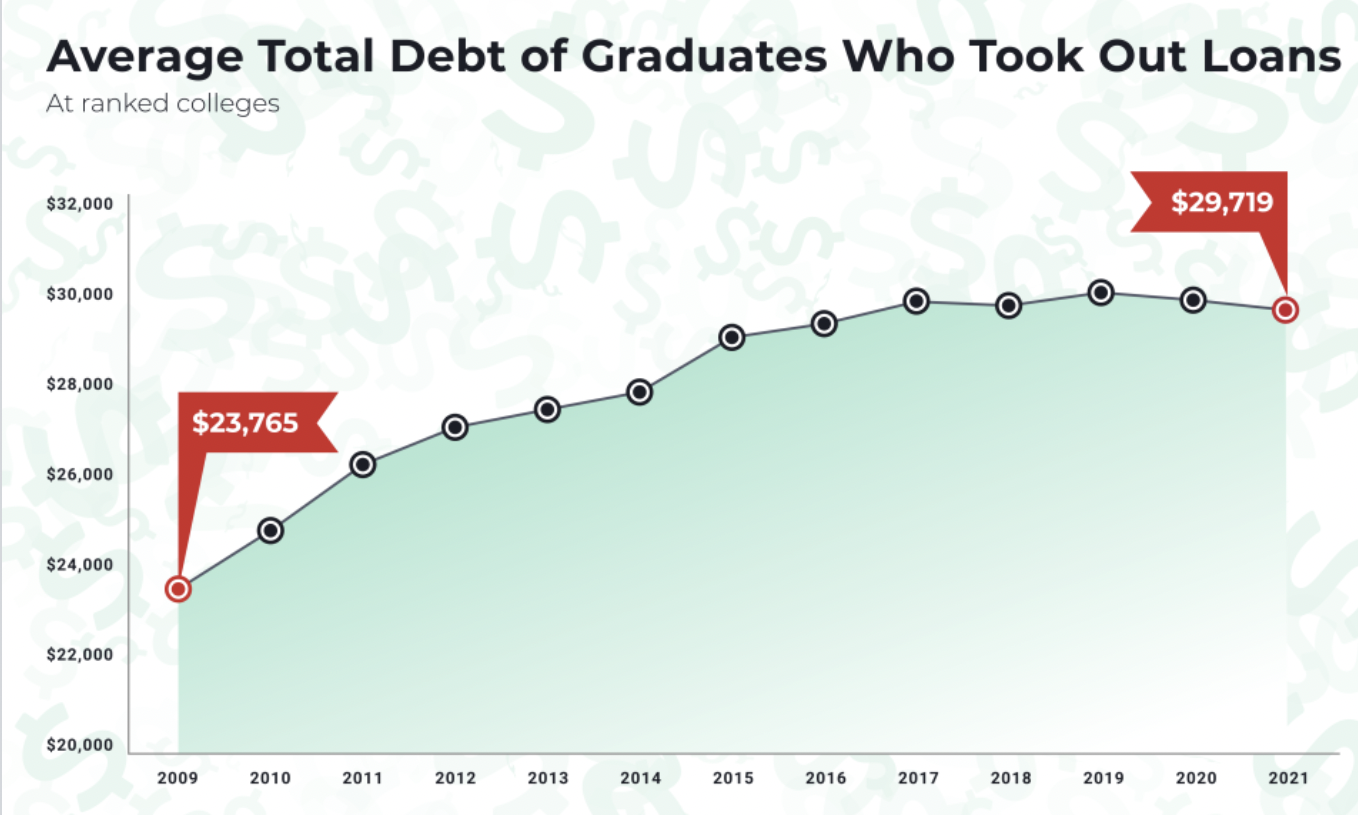 A Case Against Higher Education

It is no secret that attainment of a four-year college degree is associated with an increase in earnings over the course of a lifetime; recent college graduates earn, on average, about $52,000, while high school degree holders have average earnings of $30,000 in the United States. This discrepancy is the cause of massive economic inequality within the country, especially along the lines of race, gender, and age. To reduce this inequality, the Democrats have turned to expanding access to higher education, allowing for a level playing field by aiding in debt relief and increasing the affordability of community colleges. And while access to education is one potential path to reducing national disparities, few outlets discuss the alternative: making higher education unnecessary altogether for entry-level jobs.

While the early introduction of relevant course material and information benefits those pursuing careers in the medical and legal fields, which require more advanced degrees, the average student pursuing a degree in the liberal arts likely is not acquiring and practicing skills that will directly prepare them for their future careers. As a result, attaining a college degree for many serves simply to check a box: a mere demonstration of one’s ability to memorize exam material and regurgitate information in the form of essays and analysis papers. Without any hands-on experience delivering services required by most entry-level jobs, sales, data entry, file management and organization, customer service, or outreach, liberal arts degrees end up leaving prospective employees with few relevant skills useful in the job market.

Additionally, the debt incurred through such degree programs functions as a barrier to financial freedom and success. Twelve years ago, the average debt of a college graduate was about $24,000. Today, the debt incurred by the average American college graduate sits at around $30,000, a 25% increase since 2009, still on the rise. Moreover, the graduates of elite private universities end up incurring around 29% more debt over the course of their college career than their public school counterparts. This gap further widens when looking at the average debt of white college graduates compared to graduates of color. And with the national student debt surpassing $1.6 trillion in the second quarter of 2022, it is clear that our current hiring practices are unsustainable.

It is, however, understandable why so many people choose to take on this oftentimes crushing debt to earn a piece of paper to show for it. The New York Times found that in 2017, more than 50% of all jobs listed on online platforms required a college degree merely to be considered as an applicant. With only one-third of the American workforce possessing a four-year degree, the personal economic benefits of holding a degree are clear. The economic disparities that result from requiring such degrees become increasingly clear when taking into account the fact that more than 76% of Black Americans and more than 83% of Latino adults are non-degree holders. But the key term in the discussion is “applicants” because the lack of practical experience makes candidates no more capable than their non-degree-holding competitors for the basic skills required at entry-level jobs. Recently, however, and especially in the wake of the Covid-19 pandemic, companies are beginning to explore the idea that generic college degrees do not necessarily indicate capability in the workplace well. By 2021, the percentage of all jobs listed on online platforms requiring a college degree fell to 44%, down more than 7 percent from pre-pandemic levels. Moreover, major companies like Microsoft are beginning to post job listings that do not require four-year degrees if applicants can demonstrate relevant experience. This shift could prove to be a major step forward for our country not only in reducing economic inequality but also in making the United States more competitive on a global scale. By reducing the arbitrary barriers that separate what amounts to otherwise equally qualified applicants for entry-level jobs we can strengthen the overall economic output of America by stacking employment in more globally impactful industries, an important strategic move if we are to continue competing with China for international influence.

Beyond the importance of such practices on a global scale, here at home, the nation is facing a crisis within domestic trade industries. According to the National Electric Contractors Association, there are roughly 7,000 newly trained electricians entering the workforce each year, however, more than 10,000 electricians retire annually. A similar deficit can be observed in the plumbing industry, proving that American tradesmen and women are a dwindling breed, a trend that could potentially spell disaster for the future of our nation. The impending electrification of this country in response to the climate crisis means now more than ever we are in need of skilled workers who will not only make our energy practices more sustainable and efficient but will further take the reigns on the impending infrastructure overhaul. Further, the nationwide shortage of plumbers and electricians that is already underway has resulted in a drastic increase in costs for consumers, further straining our economic prospects and increasing overall inequality.

By gatekeeping entry-level jobs, companies restrict applicants to a pay-your-way basis, only enlisting those who had the financial capability to weather the burden of student loans. Make no mistake, given the opportunity, most people in this country are fully capable of earning a four-year degree in the liberal arts. The greatest, and in many respects the only, hurdle to this achievement is financial ability. Ultimately, this kind of college-industrial complex is a system by which college graduates who go on to earn large salaries and take charge of major corporations become major donors to their universities and set the arbitrary requirement of earning a degree for their applicants. This hypocrisy can be seen best in some of the most elite corporate and tech jobs in America, with Bill Gates, for example, being a college dropout himself and yet still heading a company that by and large hires exclusively college graduates. Hypocrisy and exclusivity have long underpinned the world of the corporate elite in this country, which is largely predicated on the attainment of college degrees, but it is time to start asking not how college can be made more accessible, but how it can be made more obsolete