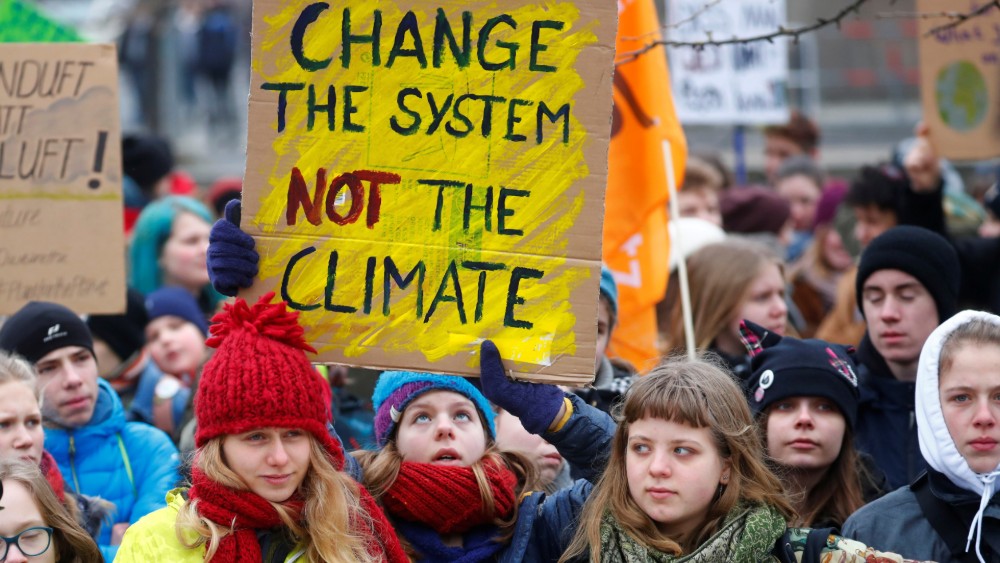 Falling Far Behind: Insufficient Climate Education in the U.S.

Upwards of 80% of people living in the United States are advocates for climate education, with “more than three out of every four Americans [wanting] schools to teach children about global warming.” However, according to the 2021 Nationally Determined Contributions (NDC) report, Cambodia ranks as the leading country in climate education, with the Dominican Republic and Colombia following close behind.

As a nation that prides itself on being “the best,” why is it that the U.S. remains the largest contributor to anthropogenic climate change while simultaneously lingering far behind when it comes to enhancing climate literacy among our youth?

The current structure of the United States education system is designed in a way that helps students develop foundational skills and prepares them to thrive. They learn to collaborate with their peers, practice organization and planning, and establish the traits deemed necessary to tackle problems facing society. However, in recent years, schools have been failing their students when it comes to informing them about the current state of our environment. Teachers spend hours emphasizing historical change, foundational documents, and wars of the past. Yet, they spend very little time speaking about environmental change that has occurred over the years. Thus, students are left with little knowledge of climate change and are unequipped with the skills needed to combat the problem. If students are unaware of a problem in the first place, how can we expect them to adjust their behavior and seek to discover innovative solutions?

In April of 2022, I surveyed about 150 first-year college students here at UC Berkeley to determine the current statistics regarding climate education in the U.S. Most results were expected—a majority of students received little to no education on climate change and/or environmentalism in their high school classes.

While my findings reveal that most students did discuss climate change in their classes, doing so for an hour or less throughout one’s high school career is not close to a sufficient amount of time to properly educate one on the topic. Furthermore, those who did discuss the matter were more likely to remain the same rather than change their actions to reduce the effects of climate change.

From these results based on the experiences of Cal students, it is clear that the current education system does not do a satisfactory job of encouraging change in the face of environmental crisis. The question ultimately comes down to this: What is preventing us from altering the current education system and preparing our youth to address the problems of the future? And in today’s day in age, the answer to why the U.S. has an insufficient environmental curriculum involves a prominent lack of teacher education.

Foundational subjects taught in school, such as US history or English literature, have been expanded upon for significant amounts of time, and generations of individuals have covered and embraced them. More current issues pertaining to climate change are not discussed as frequently because they were recently introduced to society. As a result, many educators themselves were not taught about climate change in their years of schooling because people did not consider it as urgent an issue in the past compared to now.

The rising threat of climate change in modern civilization poses two problems for the education system. First, because climate change was not considered as relevant in past years, current educators do not know much about the issue, which makes it difficult for them to adequately teach the topic to their students. Second, unlike contemporary core subjects, climate change is not a part of most high school curriculums, which makes it even more challenging to convey information regarding environmental crises to younger generations.

In a study conducted in 2016 by the National Center for Science Education, researchers determined that “fewer than half of all teachers had any formal coursework—even one class lecture—on climate change.” Of these educators, a majority of them did not pursue an interest in the topic after their studies. This lack of teacher education creates circumstances in which educators are either “unable or unwilling” to teach their students about climate change. Those who are “unable” to teach about the science behind climate change are uninformed and can not correctly formulate in-depth and beneficial lesson plans. The U.S. education system’s structure is designed for those who are educated on particular topics to convey their knowledge to younger generations. Asking someone to teach others on a topic they themselves are unaware of is insufficient and ineffective.

Those who are “unwilling” to engage their students with climate change may be climate deniers who also did not receive sufficient education on the topic. In her book Misunderstood, Katie Worth explains encounters with climate deniers in high schools in Arkansas where science teachers refused to discuss climate change because they believed “climate models were too complex to confirm whether humans were driving changes in Earth’s temperature.” The same high school teachers stated that they believe climate change is too “political” and that the current research on global warming is “not based on real science.” How can we expect teachers who do not believe in climate change themselves to sufficiently educate their students on the topic?

Looking ahead, in order to prioritize climate education in the future, our primary steps should involve developing new means of informing educators about environmental issues. This in itself is not a completely foreign idea, and countries outside of the United States have successfully established ways to inform their educators, positively impacting the overall awareness of their youth. For instance, in 2019, a strike was carried out by students and teachers in the United Kingdom in which protesters marched for more education regarding climate change in their school system. Since then, those in charge of designing the U.K.’s education curriculum have “pledged to have U.N.-trained climate change teachers in their schools.” In the districts that have already incorporated these U.N.-trained teachers, students are being taught about energy consumption, recycling, and the intricacies of global warming. As a result, these students are trained to demonstrate concern for their environment from a young age.

Another step that should be taken in order to encourage climate education in the U.S. school system involves the definition of environmental education itself. Unfortunately, we often tend to mistake education as simply conveying information forward to other individuals. In reality, education spans much further—it is a multifaceted approach to changing how individuals think and behave.

In a traditional classroom, the first three components are usually emphasized. However, developing skills needed to address an issue or actively participating in instilling change are elements that are not as heavily stressed. For example, suppose we want to alter the education system in a way that encourages our youth to promote change and develop innovative solutions to combat climate change. In that case, we must teach them the skills to do so and provide them with opportunities to engage in their communities rather than just inform them that there is a problem.

Climate change is an increasingly important issue that continues to pose a dire threat to the well-being of our civilization. We must act now to change the education curriculum in the U.S. in order to prepare future generations to tackle the problem. If teachers acknowledge anthropogenic climate change and active promoters of sustainability, it is more likely that their students will follow in their footsteps. We have the capacity to alter the way we motivate students to engage in their community. It is up to our educators to prioritize the future by preparing our youth to develop innovative solutions for change.

Yazzie Suleiman is a Staff Writer for the United States Section of BPR. She is a sophomore at Berkeley double majoring in Political Science and Legal Studies and minoring in History. Politics, environmental crises, and feminism are all topics that she is passionate about. In the future, she aspires to enter the legal field and directly shape policy in regards to these matters and beyond!